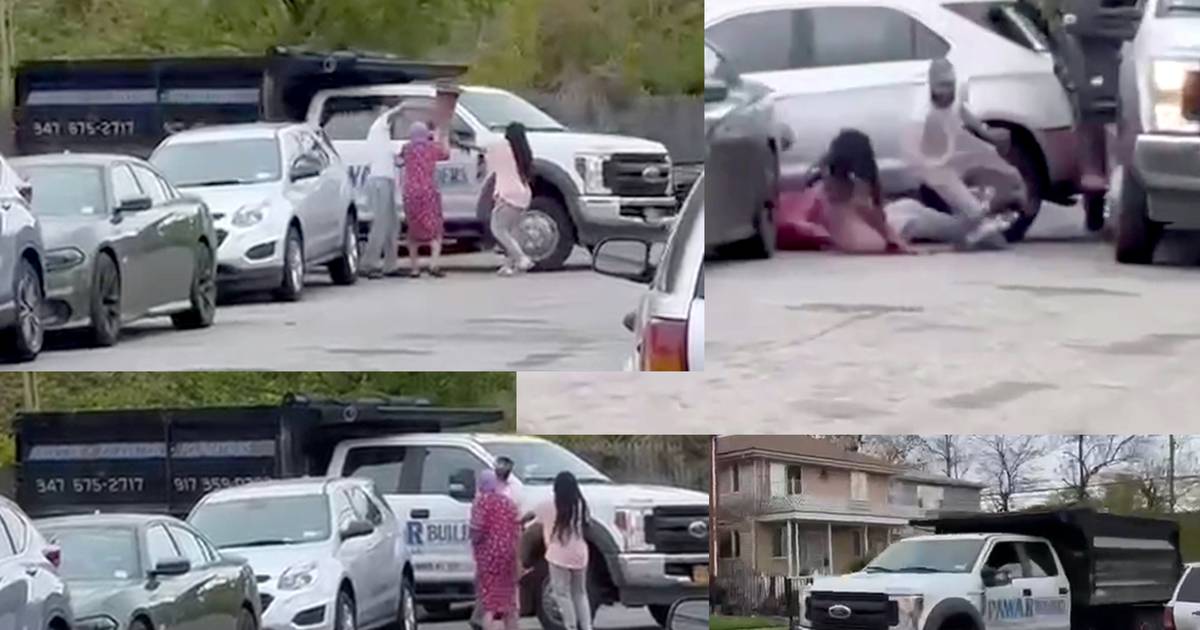 “Mommy! Mummy! I love you!” the 49-year-old victim’s daughter wailed as the truck driver barreled away from the South Jamaica crash scene, leaving the woman pinned between two cars in critical condition.

Moments before the crash, the driver, who was behind the wheel of a Ford F-550 truck from Pawar Builders in Elmhurst, was trying to navigate a dead-end block on 120th Ave. and 167th St.

“Oh my God. That car is hitting all these cars, bro. That white car? Oh my God,” an onlooker said while recording the scene from a cellphone. The Daily News has obtained the video.

The victim and another person appear to strike the side of the truck with a traffic cone and six seconds later the truck driver pulls right and peels out, crashing into a row of parked cars.

“Oh my goodness, no!” the man filming yells after realizing that the woman was crushed between an SUV and a parked car. Her daughter and a man fell to the ground, the impact nocking the fuzzy pink slippers off the daughter’s feet.

The video shows the truck peeling off, its driver apparently indifferent to the woman’s injuries and her daughter’s desperate, repeated cries of “Mommy!”