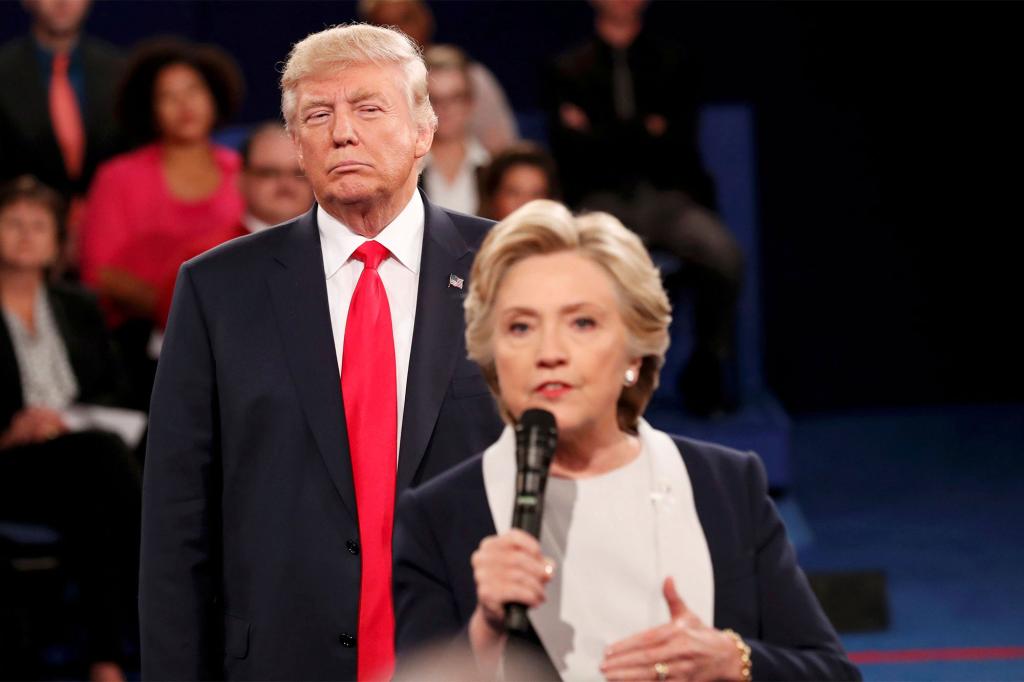 Hillary Clinton asked a federal court Wednesday to throw out a lawsuit from former President Donald Trump that accuses her and the Democratic National Committee of conspiring against him to smear his 2016 campaign.

Clinton’s attorneys said Trump’s $24 million lawsuit that claims an “unthinkable plot” to “cripple” his bid for the presidency and paint his campaign as colluding with Russia had no legal basis, according to a motion filed in US District Court for the Southern District of Florida.

“Whatever the utility of Plaintiff’s Complaint as a fundraising tool, a press release, or a list of political grievances, it has no merit as a lawsuit and should be dismissed with prejudice,” the 22-page court filing said.

In a 108-page complaint filed last month, Trump claimed Clinton and others orchestrated a plan to manufacture the Russia scandal to ruin his candidacy in 2016, when he was running as a Republican candidate against Clinton.

Clinton, the former Secretary of State and first lady, worked with others as the then-Democratic nominee for president to allegedly falsify evidence to spark federal investigations in a ploy he called “so outrageous, subversive and incendiary that even the events of Watergate pale in comparison,” Trump’s suit says.

Clinton’s attorneys said Trump hadn’t adequately proven that their client was involved in any alleged plot – and even if she was, the statute of limitations would have passed on some of the events.

They pointed to a series of tweets by Trump in October 2017 when he blamed Clinton for the infamous Steele Dossier and complained about a lack of investigation, writing “DO SOMETHING.”

“But notwithstanding his rousing, all-caps call to action, Plaintiff waited four years, four months, and twenty-four days before filing suit,” Clinton’s attorneys wrote. “His delay renders each of his claims untimely.”

Other aspects of Trump’s lengthy complaint was protected “public speech with which he disagrees,” the attorneys said. Trump had accused the Clinton campaign of theft of trade secrets, but Clinton’s attorneys argued information the DNS gathered from Trump Organization computers qualified as a “trade secret.”

Clinton’s lawyers also said Trump didn’t properly establish that Clinton took part in any of the alleged conspiracy, describing his complaint as “an amalgamation of political grievances against twenty-eight named defendants and several unnamed entities.”

“At most, Plaintiff alleges that other entities sought to further Clinton’s candidacy and, after the election, politically opposed Plaintiff’s administration,” the motion states. “This is conduct plainly protected by the First Amendment, and there is nothing unlawful about engagement in political activity.”

If a judge were to grant dismissal of Clinton from the suit, it may not affect the other defendants, including former DNC chairwoman Debbie Wasserman Schultz and Christopher Steele. The other named defendants haven’t yet formally filed responses to the suit with the court.

Russia’s interference in the 2016 election has long been a point of contention between Trump and Democrats, and was the subject of his unsuccessful first impeachment. A 2020 report from the Republican-led Senate Select Committee on Intelligence found Russia “engaged in an aggressive, multifaceted effort to influence, or attempt to influence, the outcome of the 2016 presidential election.”