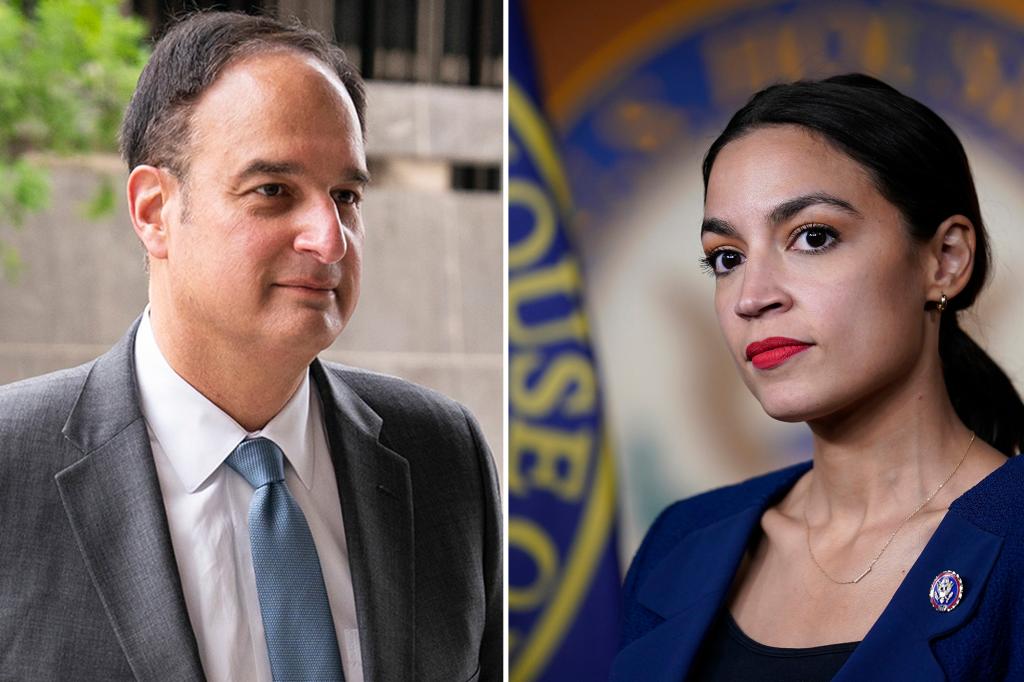 As many as three Hillary Clinton donors—including one who also supported US Rep. Alexandria Ocasio-Cortez — are among the prospective jurors for former Clinton campaign lawyer Michael Sussmann’s trial.

Special counsel John Durham’s team objected to putting one Clinton contributor on the panel after the man said he would “strive for impartiality as best I can.”

But the prosecution was overruled by Washington, DC, federal Judge Christopher Cooper, who said the man — who works in public policy for Amazon and appeared to be in his 40s — “expressed a high degree of confidence” that he could be impartial.

Cooper, nominated by former President Barack Obama, also said Durham’s prosecutors could use one of his peremptory challenges to strike him from the panel for the trial, the first to result from his three-year probe into the government’s investigations of purported ties between former President Donald Trump and Russia.

Durham sat behind his team in the courtroom’s well, taking notes during the jury selection process.

Another Clinton supporter, a former bartender who appeared to be in her 20s, said she’d also donated to progressive firebrand Ocasio-Cortez (D-The Bronx, Queens) but was put on the panel after a Sussmann defense lawyer told her that neither Clinton nor former President Donald Trump were on trial and asked if she could be impartial.

“Yes, knowing that,” she said.

Another woman, who appeared to be in her 40s, said she likely donated to Clinton’s 2016 campaign but wasn’t entirely sure.

Although the woman told prosecutor Michael Keilty that she had “a strong preference of one candidate over the other” in the election, she insisted she could be impartial.

Another prospective juror who works for the Sierra Club and appeared to be in her 30s was questioned by Keilty about saying on a pre-screening questionnaire that she thought the criminal justice system was racist and “the police should be defunded.”

When asked why she had concerns about the FBI, the woman said, “They dismantled the Black Panther movement,” but neither side objected to her after she said she didn’t have strong feelings against current bureau probes.

A man who works at the Library of Congress and appeared to be in his 30s was questioned about donations he made to the libertarian Cato Institute and Reason Foundation think tanks, the latter of which publishes Reason magazine.

Neither side objected to him, either.

Cooper decided to eliminate one potential juror who works as an accountant and prepared tax returns for a former FBI official, lawyer James Baker, who figures prominently in the case against Sussmann.

The woman didn’t specify when she did the work but said she’d learned about Baker’s career — including “how frequently he changes jobs” — by speaking to him on the phone.

“It has helped him. He’s made some good changes,” she said of Baker, now a vice president and deputy general counsel at Twitter.

Sussmann, 57, is charged with a single count of lying to the government in September 2016 when he gave Baker, then the FBI’s general counsel, since-debunked information that purportedly showed a secret back channel between a Trump organization computer server and Russia’s Alfa Bank .

Durham alleges that Sussmann falsely said he wasn’t “acting on behalf of any client” but that he was actually advocating for the Clinton campaign and Rodney Joffe, a client and tech executive who told him about the computer data.

During Monday’s proceedings, one prospective juror, an early education teacher who appeared to be in her 20s, told Cooper that she was underwhelmed when she learned about the nature of the trial before filling out a questionnaire last week.

“I thought it was a pretty boring case, honestly,” she said.

The trial is expected to last around two weeks. If convicted, Sussmann would face a maximum of five years in prison.