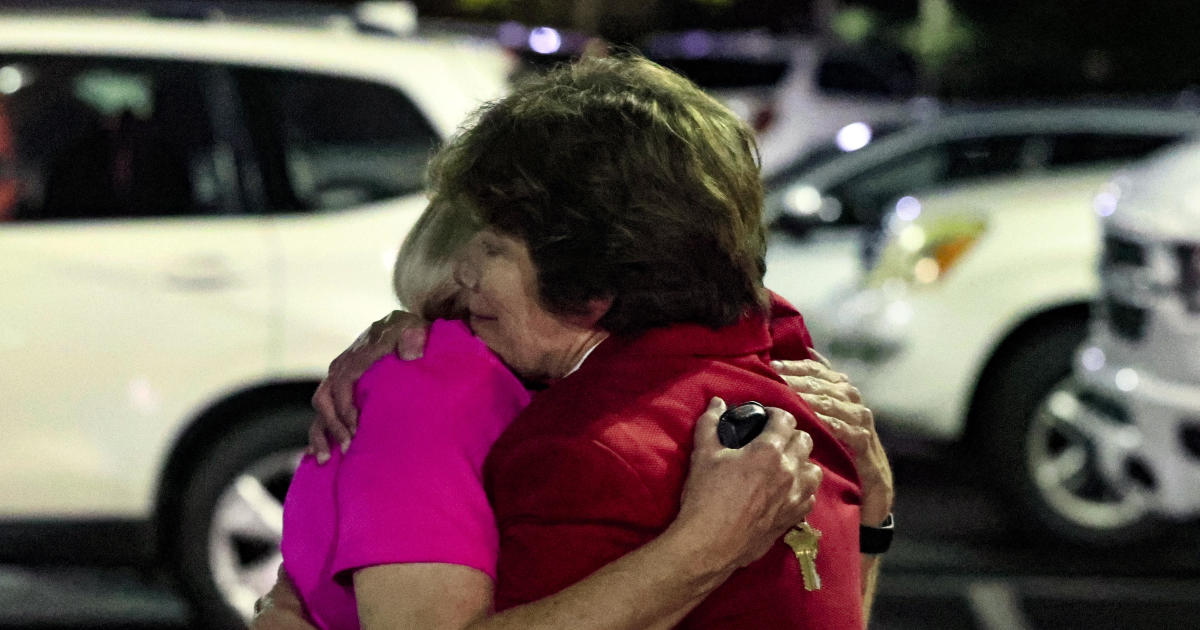 A “hero” attending a potluck dinner subdued the gunman who opened fire inside an Alabama church Thursday, killing two members and wounding a third, police said Friday. A suspect is in custody.

Police Capt. Shane Ware didn’t identify the suspect, but said he was a 71-year-old White male who occasionally attended services at the St. Stephen’s Episcopal Church in the Birmingham suburb of Vestavia Hills. Prosecutors were preparing warrants to charge him with capital murder, Ware said.

The suspect pulled a gun and opened fire during the dinner, a “Boomers Potluck” gathering attended by other church members, Ware said. He killed Walter Rainey, an 84-year-old man from Irondale, Alabama, and Sarah Yeager, a 75-year-old woman from Pelham, Alabama, police said in a statement.

The gunman wounded another woman before a person in the room restrained the suspect and held him until police arrived, Ware said.

“The person that subdued the suspect in my opinion is a hero,” Ware told reporters during a Friday morning press conference. He said the person’s actions were “extremely critical in saving lives.” Ware didn’t identify the person.

The wounded victim, an 84-year-old woman from Hoover, Alabama, was being treated at a hospital, Ware said. He said he didn’t know how many people were attending the dinner at the time of the shooting.

The suspect acted alone and there wasn’t a threat to the community, Ware said. Investigators were still looking into the motive for the shooting and whether the suspect had any previous interactions with law enforcement.

Emergency dispatchers got a call at around 6:20 pm Thursday reporting an active shooter at the church, Ware said.

According to messages posted on the church’s Facebook page, the church’s pastor, the Rev. John Burruss, said he was in Greece on a pilgrimage with a group of members and trying to get back to Alabama.

“More than anything, I ask your prayers for our community, especially those who are injured and the families of the deceased. These are the pillars of our community, and I cannot begin to fathom how painful this is for our entire church, and the larger community,” he wrote.

Vestavia Hills Mayor Ashley Curry praised the police response Friday, saying officers “handled this crisis in an exemplary manner.” He said his “close-knit, resilient, loving community” of 39,000 had been rocked by “this senseless act of violence.”

The Rev. Rebecca Bridges, the church’s associate rector, led an online prayer service on the church’s Facebook page Friday morning. She prayed not only for the victims and church members who witnessed the shooting, but also “for the person who perpetrated the shooting.”

Bridges, who is currently in London, alluded to other recent mass shootings as she prayed that elected officials in Washington and Alabama “will see what has happened at St. Stephen’s and Uvalde and buffalo and in so many other places and their hearts will be changed, minds will be opened.”

Thursday’s shooting happened just over a month after one person was killed and five injured when a man opened fire on Taiwanese parishioners at a church in Southern California. It comes nearly seven years to the day after an avowed white supremacist killed nine people during Bible study at Emanuel AME Church in Charleston, South Carolina.

Alabama Gov. Kay Ivey issued a statement late Thursday lamenting what she called the shocking and tragic loss of life. Although she said she was glad to hear the suspect was in custody, she wrote: “This should never happen – in a church, in a store, in the city or anywhere.”