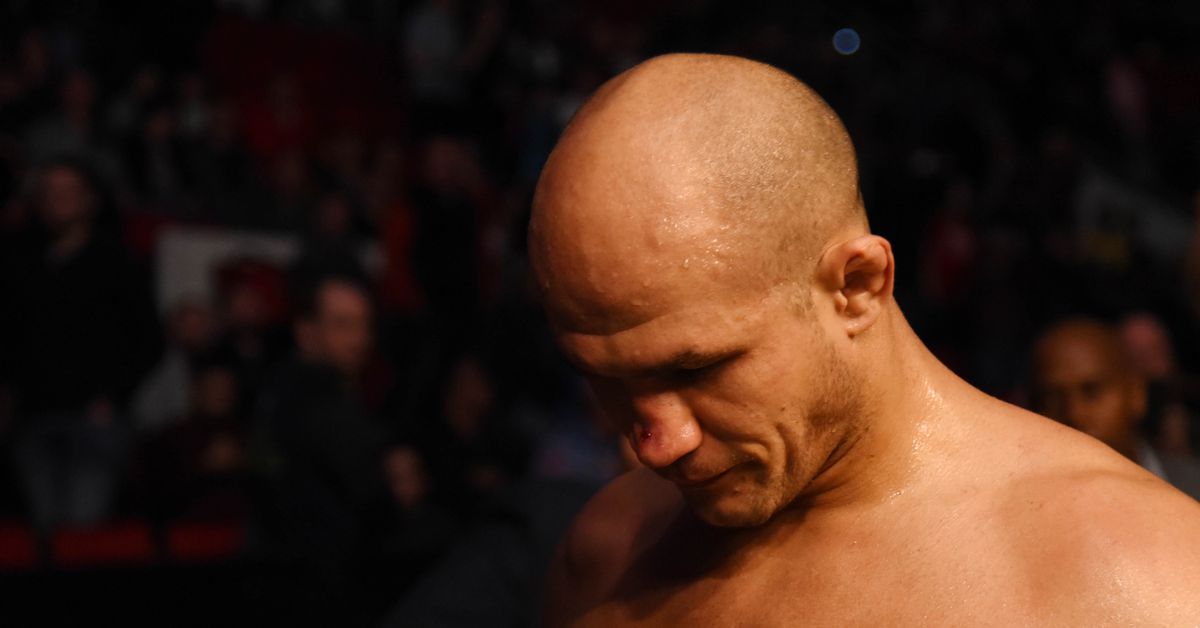 Junior dos Santos didn’t get the win he wanted in his Eagle FC debut.

Fighting for the first time since his UFC release, dos Santos suffered an unlucky third-round TKO loss to Yorgan De Castro after injuring his shoulder while throwing a punch. The former UFC heavyweight champion was likely winning the bout prior to his injury, having methodically chopped down De Castro with a relentless stream of powerful leg kicks.

It’s the fifth straight loss for dos Santos, who at 38 years old was eyeing a new chapter for his career after parting ways with the UFC nd signing with Eagle FC. The loss stings even more because it may put a potential co-promoted bout with Fedor Emelianenko in jeopardy, which Eagle FC president Khabib Nurmagomedov and Bellator president Scott Coker both teased earlier in the week could be on the table if dos Santos managed to win.

See how Nurmagomedov and the rest of the fight world reacted to dos Santos’ unfortunate Eagle FC debut below.

#EagleFC47 it’s great to have the opportunity to see the Cigano fight again.

De Castro tryin to land those bombs on JDS #EagleFC