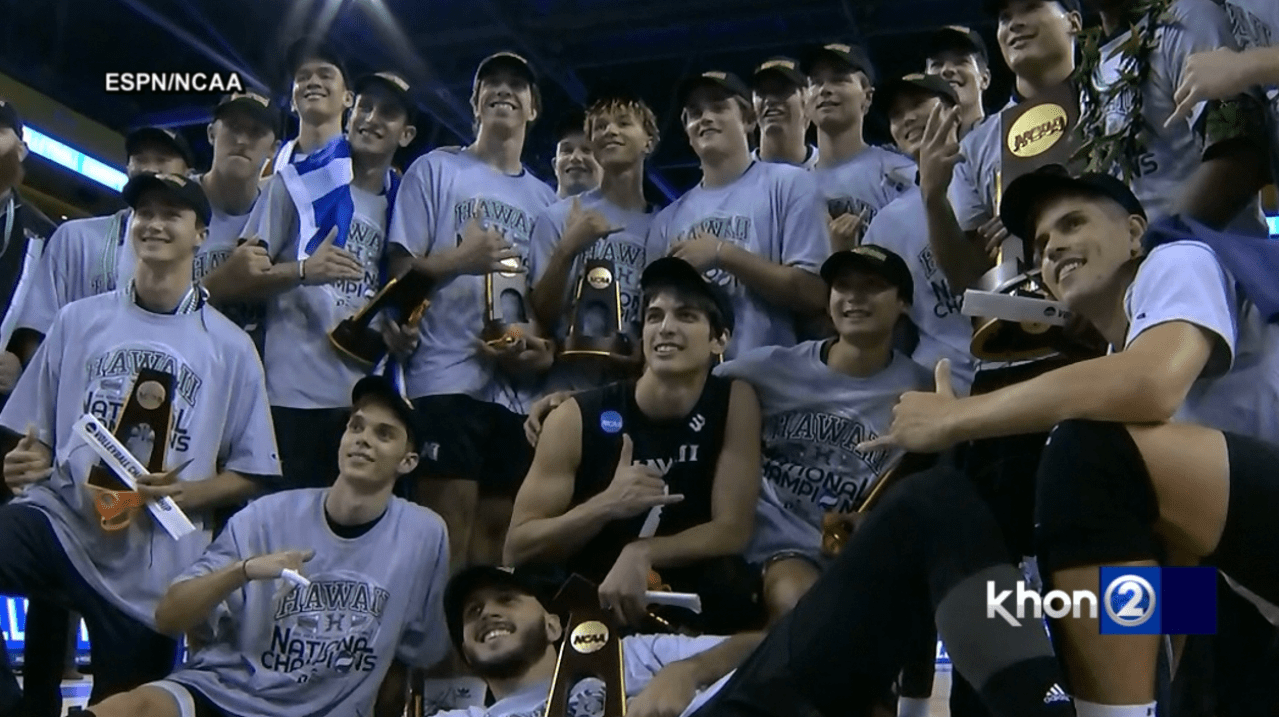 For the second year in a row, Hawaii reigns supreme in the world of college men’s volleyball.

All the latest sports news from hawaii’s sports station

On Saturday, the Rainbow Warriors rallied from down 10-5 in the second set and used a late 6-1 run in the third set to sixteen control of the match. Sophomore outside hitter/opposite Spyros Chakas had a team-high 14 kills and was named the Most Outstanding Player of the NCAA Tournament. Additionally, sophomore opposite Dimitrios Mouchalis, who sat out the 2021 season due to injury, added 11 kills. Meanwhile, Big West Player of the Year Jakob Thelle paced the ‘Bows with a team-high 31 assists.

For LBSU, AVCA Player of the Year Alex Nikolov had a match-high 20 kills while Aidan Knipe, the son of Beach head coach Alan Knipe, had a match-high 33 kills. Spencer Olivier also had a double-double of 11 kills and 10 digs.

Hawaii finishes its 2022 campaign at 27-5, while top national seed LBSU ends its season with a record of 21-6.

Saturday’s contest was a rematch of the 2022 Big West Conference title match, which was also won by UH via sweep.

Stay with KHON2 on air and online for continuing coverage.