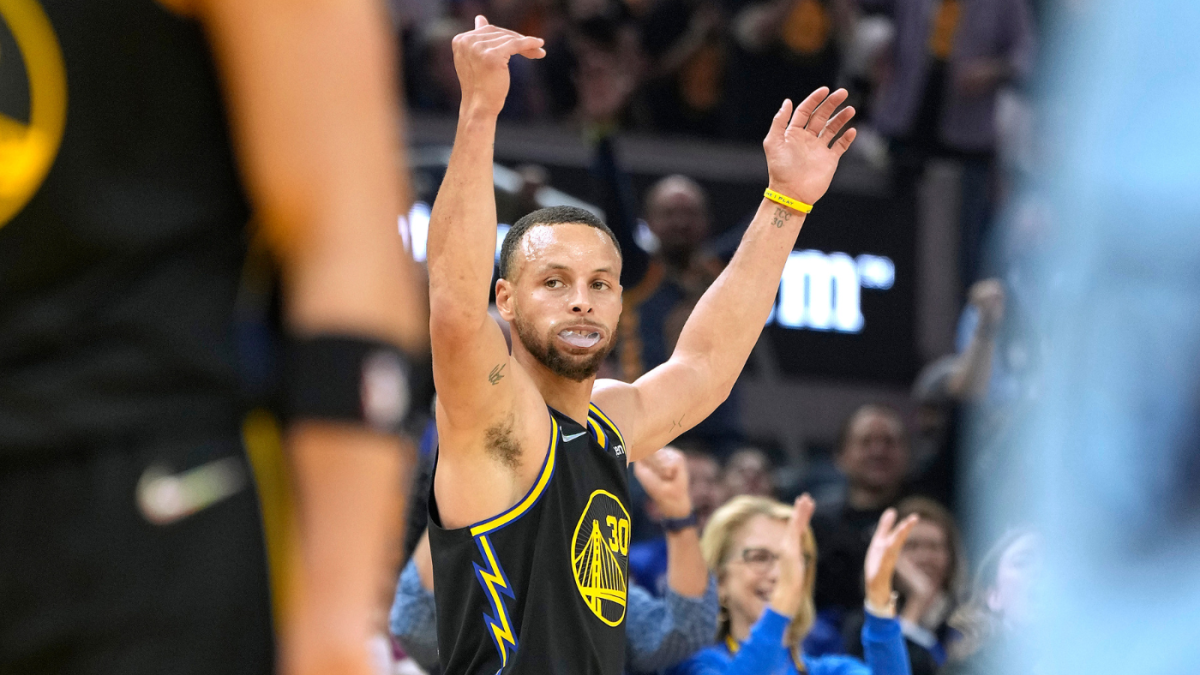 The Memphis Grizzlies got off to a hot start on the offensive end, specifically from beyond the arc, but they were unable to capitalize on an early lead and ultimately were run out of the Chase Center in Game 3 of their Western Conference semifinals series against the Golden State Warriors as the home team came away with a 142-112 victory.

Ja Morant put up big numbers for the Grizzlies again, finishing with 34 points, seven assists and three rebounds, but the balanced attack from the Warriors was too much to overcome as five players finished in double figures, led by Stephen Curry with 30 points and six assists while Jordan Poole chipped in 27 points of his own. With the win, Golden State has the opportunity to take what could be a significant lead in their best-of-seven series against Memphis on Monday night in Game 4.

Here are the three biggest takeaways from Game 3.

1. Welcome to the Poole Party

Golden State’s egalitarian offense is unique in the NBA. It’s the sort of system in which virtually anyone can lead the team in scoring. Five Warriors had at least 17 points in the Game 3 victory, so it’s not as though Golden State abandoned their principles against Memphis, but they do seem to have embraced a very simple fact: nobody on the Grizzlies can stay in front of Jordan Poole. Plays like this don’t show up in the box score, but they’re what made Poole so valuable in Game 3.

Someone slower than Jordan Poole tried to defend Jordan Poole. Said slower defender was burned by Jordan Poole. The defense panicked to try to take away an easy basket. That created an easier basket.

Playoff basketball is about matches. Teams need to identify their best ones and attack them relentlessly because, at this level, advantages are typically going to be few and far between. Golden State has never really played this way. They prefer their constant motion and beautiful game offense. Poole against Memphis has been the perfect melting of the two. He’s finding slow defenders, destroying them, and then making the extra pass when the defense reacts to him. It’s an advantage this Warriors team has never really had. Stephen Curry has many gifts, but he’s not this caliber of athlete. Kevin Durant, ruthlessly efficient as he is, is much more methodical than explosive.

Poole is something different. It’s as if Greg Maddux suddenly developed a 100 MPH fastball in his mid-30s. He was already unhittable… now opponents have to deal with this as well? It’s almost unfair.

This has been a season of extremes for Klay Thompson in his return to the Warriors after a two-year absence. He shot below 40 percent from the field in almost half of his regular-season games. He also topped 35 points four times in the last month of the regular season as he started to get back into game shape.

The playoffs have been a similar story thus far. He averaged 24.5 points on 50 percent shooting from behind the arc in his first four postseason games. Over the next three, his scoring was nearly cut in half to 14 points. He made just 21.4 percent of his 3s in those games. On a day-to-day basis, it’s almost impossible to know which version of Thompson is going to show up: the superstar from Golden State’s dynasty years or the recovering shell from the earlier days of this season.

The raw numbers weren’t quite there because it was a blowout, but Thompson was the player who blew this game wide open. After settling into some nice mid-range jumpers in the first half, Thompson quickly sank two 3s to open the third to help the Warriors into a 10-0 run. That turned a seven-point lead—which came with plenty of Memphis momentum after Ja Morant sank a half-court shot to close the second quarter—into a 17-point gap that the Grizzlies couldn’t overcome.

We’re three games into this series and Ja Morant has not yet been held below 34 points. The Warriors cannot actually stop him. Without Gary Payton II in the lineup, the best hope they have is bothering him momentarily. They found a novel way of doing so in Game 3: zone defense.

It was an occasional curveball, and one the Warriors most prominently used in the second quarter. Abuse zone defense and the offense will figure it out. But Golden State threw it out for 12 possessions in Game 3, and the results were largely positive. The idea of ​​a zone, for the most part, is to force opponents into shooting jumpers. The Grizzlies can certainly do that, but it’s not their greatest strength as a team. Sure enough, Golden State held Memphis to a reasonable 12 points on those 12 possessions.

More importantly, mixing up coverages forces offenses to think. That’s a problem for a team like the Grizzlies that thrives in the frenetic chaos of transition, mismatch hunting and offensive rebounding. Golden State was going to win this game no matter what. The Warriors scored 142 points. But they’ve at least found a way to keep Morant on his toes offensively, and that’s an important wrinkle for the rest of this series.