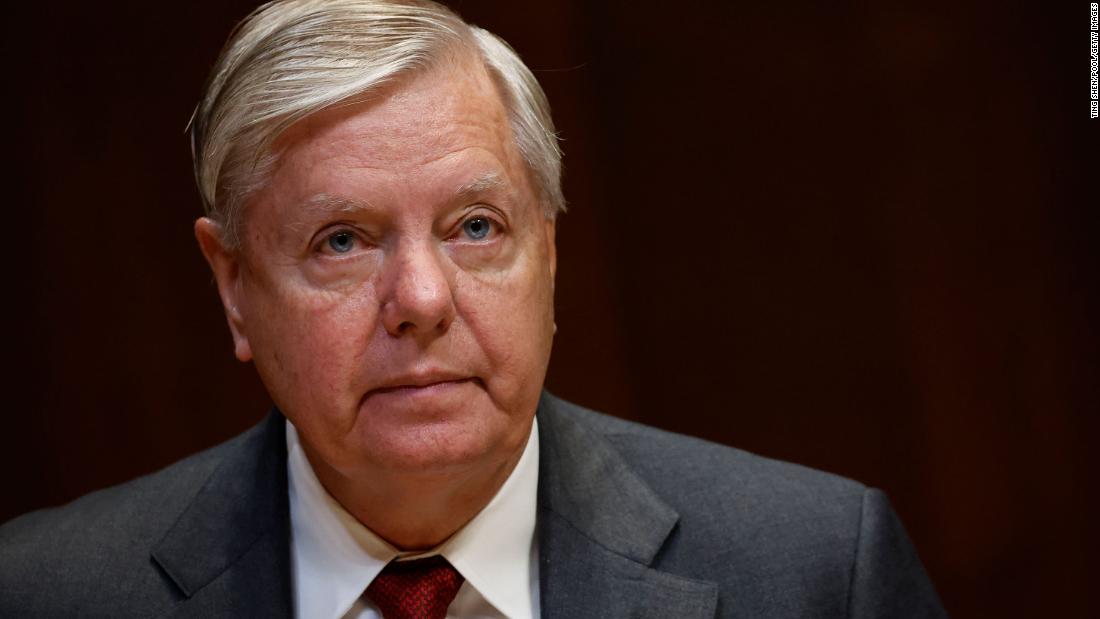 Graham has argued that he should not be forced to testify before the grand jury, which is investigating efforts to overturn the 2020 results, because his actions surrounding Georgia’s election were related to legislative activity and should be protected under the Speech and Debate clause.

Federal Judge Leigh Martin May denied Graham’s motion to quash his subpoena, and he was scheduled to appear before the grand jury on August 23. He asked the judge to stay her decision, saying in a court filing, “Senator Graham will suffer irreparable harm if forced to appear before his appeal concludes.”

The judge has given Fulton County prosecutors until Friday at 9 am ET to respond to Graham’s motion to stay her ruling.

Graham’s attorneys have argued that his calls to Georgia officials after the 2020 election were legislative activity that were directly related to his committee responsibilities as the then-chairman of the Senate Judiciary Committee.

Fulton County District Attorney Fani Willis, a Democrat who is leading the investigation into Trump and his allies, said in court filings that Graham’s actions appear interconnected with former President Donald Trump, and that the grand jury needed to hear from Graham about at least two calls Graham made to Georgia Secretary of State Brad Raffensperger and his staff in the wake of the 2020 election.

“During the telephone calls, (Graham) questioned Secretary Raffensperger and his staff about reexamining certain absentee ballots cast in Georgia in order to explore the possibility of a more favorable outcome for former President Donald Trump,” Willis wrote in her court filing seeking Graham’s testimony .

“The Witness also made reference to allegations of widespread voter fraud in the November 2020 election in Georgia, consistent with public statements made by known affiliates of the Trump Campaign,” she said in the court documents.

Earlier Wednesday, Trump’s former attorney, Rudy Giuliani, appeared behind closed doors for grand jury testimony in the investigation. Of interest to the Atlanta investigators are hearings before Georgia lawmakers where Giuliani and other Trump allies promoted conspiracy theories about supposed 2020 election-rigging. At a December 3, 2020, Georgia Senate subcommittee hearing, Giuliani played heavily edited video of Fulton County election workers, and he urged the legislators to appoint a slate of pro-Trump electors in disregard of the wide state results showing that Joe Biden had won. He also appeared virtually before a Georgia House committee to discuss alleged election irregularities on December 10, 2020.

Also on Wednesday, Georgia Gov. Brian Kemp asked a judge to throw out a subpoena from the Fulton County district attorney requiring the governor to appear before the grand jury.

Kemp had been scheduled for a voluntary interview in July, his lawyers said in a court filing, but the interview was “unilaterally cancelled” after Kemp’s legal team inquired about the scope of that interview. The District Attorney’s office then issued a subpoena, Kemp’s lawyers said.

“Governor Kemp has ardently defended the rule of law in this state. Moreover, he welcomes opportunities to explain and defend his actions” a court filing from Kemp’s lawyers said. “However, the Subpoena ignores — and more importantly, the DA’s Office has refused to account for — the serious privileges it implies in relation to the testimony of a sitting governor.”

This story and headline have been updated with additional developments.