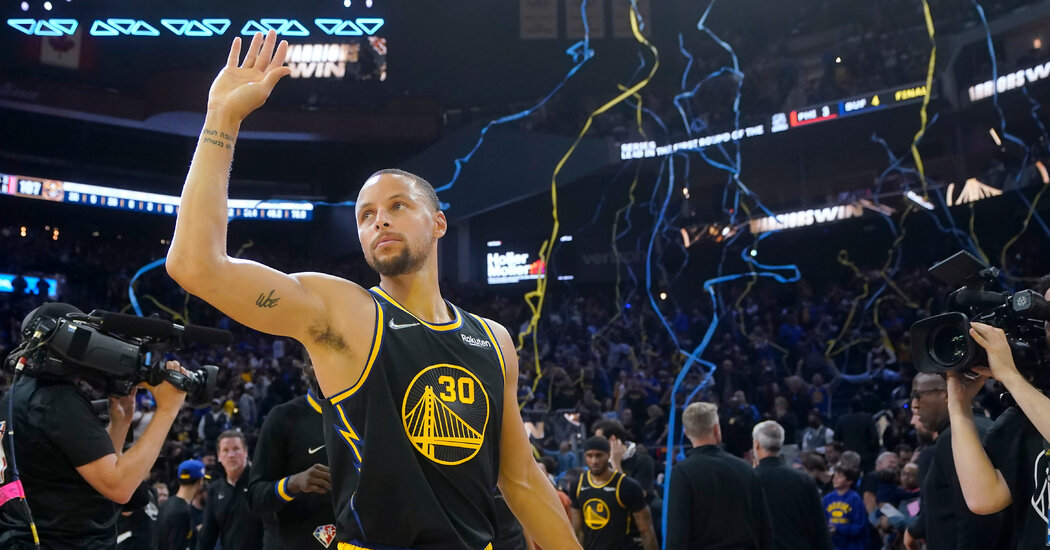 Goal the long, nearly spiritual bond between Oakland and its famous basketball team remains. Emblazoned on Curry’s shoes Saturday was the word “Oakland” in a gold font. The players still speak of the city as if it is sacred. “The soul of our team comes from Oakland,” Draymond Green said this year.

To get a sense of the city and gauge how residents feel about losing a team that bonded with its home community as few franchises do, I spent a few days in Oakland last week. I walked the downtown streets and the working class neighborhoods near the old Oracle, now known as Oakland Arena. I visited a mosque and an old church, several tiendas, a shopping mall, a soul food joint and several homes.

I trudged around the old arena, which looks sad and forlorn. It is primarily a concert venue now. Maxwell, the silky-voiced R&B singer, had been set to play on Saturday night, but his concert was postponed.

That seemed symbolic. Nothing seems certain in Oakland these days. As the city struggles to recover from the worst of the pandemic, its connection with professional sports — a history that includes 10 league championships won in Oakland among its NBA franchise, the A’s of MLB and the Raiders of the NFL — hangs by a thread.

The Raiders followed the Golden State blueprint and left for Las Vegas in 2020.

The A’s remain, but for how long? On Monday, when they play their 2022 home opener against the Baltimore Orioles, they will take the field at a decrepit old stadium that looked marvelous when it was built in the 1960s but now has the charm of a concrete coffin.

With the team’s plan to build a waterfront stadium along the busy Oakland port at a standstill, the city again in financial distress and the A’s team owner flirting with Las Vegas, nobody can say that professional baseball will stay put.

“Very soon, we might have no teams here,” said Paul Brekke-Miesner, a historian of the Oakland sports scene who has lived in the city’s hardscrabble eastern flats for decades. Brekke-Miesner grimaced, thinking of Oakland and its long heritage of professional sports greatness now fading.