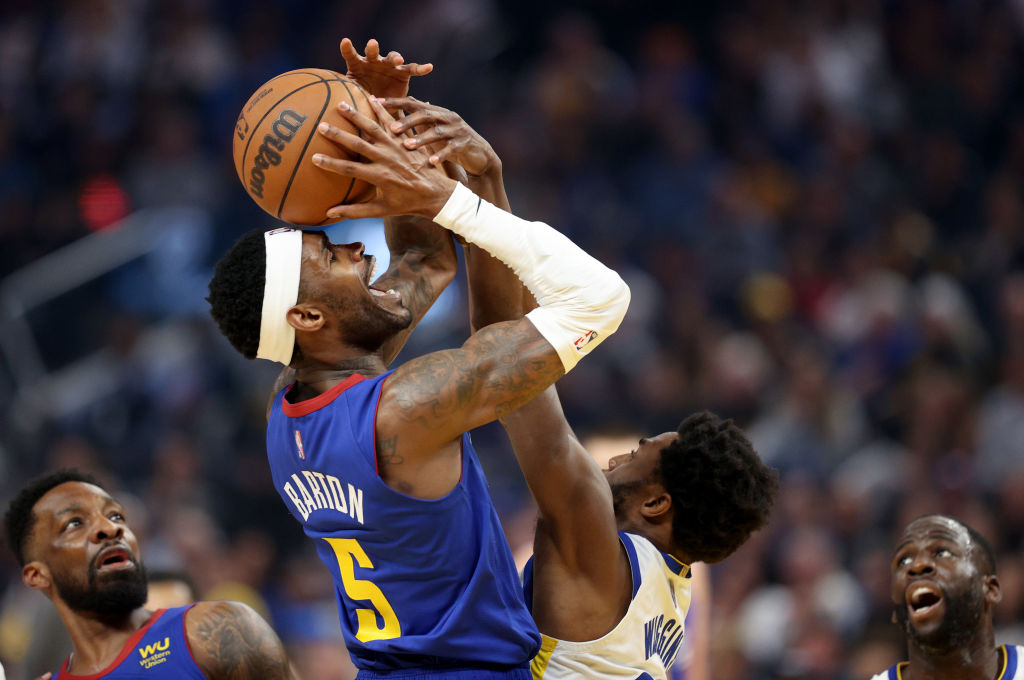 Will Barton, the Denver Nuggets’ second- or third-best player, has had enough of the Golden State Warriors — and it looks like he’s had enough of his own teammates as well.

Barton’s frustration broke through just before the end of the first half of Game 2. The Warriors quickly brought the ball up the court, and Steph Curry was able to get a shot off very early into the possession. The only person who came close to getting into Curry’s face was Barton, and after the shot went in, he immediately turned to his teammates in anger, perhaps to complain about a lack of hustle or a missed assignment.

But the standout moment came during the third quarter of Game 2 when, during a commercial break, Barton got into the face of teammate DeMarcus Cousins, causing a not-insignificant kerfuffle on the Denver bench.

You’ll notice that, after the argument kicks off, there’s a moment where the crowd started suddenly cheering. That is apparently courtesy of Draymond Green, who saw his opponents arguing on the bench and went to center court to try and get the home crowd going. An excellent act of trolling from Green.

The first-round series still has to go back to Denver before any sort of sweep can be completed, but it’s hard not to think this is anything but over after Barton’s multiple blowups during Game 2.