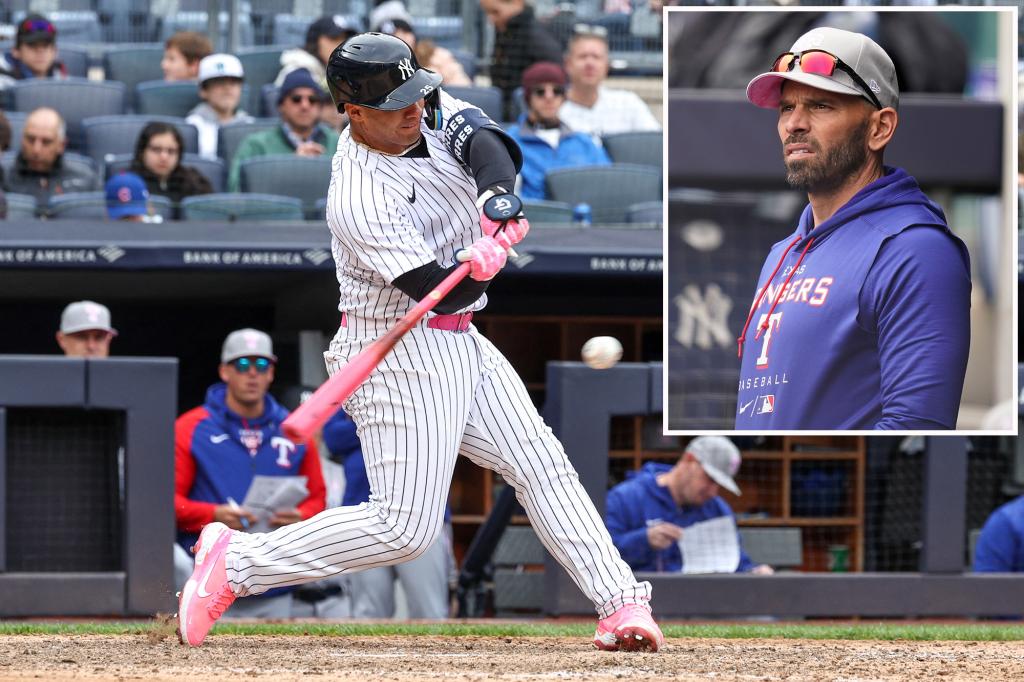 Woodward blamed the Yankee Stadium dimensions for Torres taking Rangers left-hander John King deep to right field to give the Yankees a 2-1 win in the first game of a doubleheader.

“[Torres] just happened to hit it in a Little League ballpark to right field.”

Torres’ game-winning shot traveled 369 feet — longer than Rangers right fielder Kole Calhoun’s 355-foot homer to right field two innings earlier — and would have been a home run in 26 of 30 MLB ballparks, according to Statcast. Coming off the bat at 106.5 mph, it also had an expected batting average of .970, per Baseball Savant.

The short porch at Yankee Stadium certainly allows for its fair share of cheap home runs, but Torres’ roundtripper did not seem to be one of them.