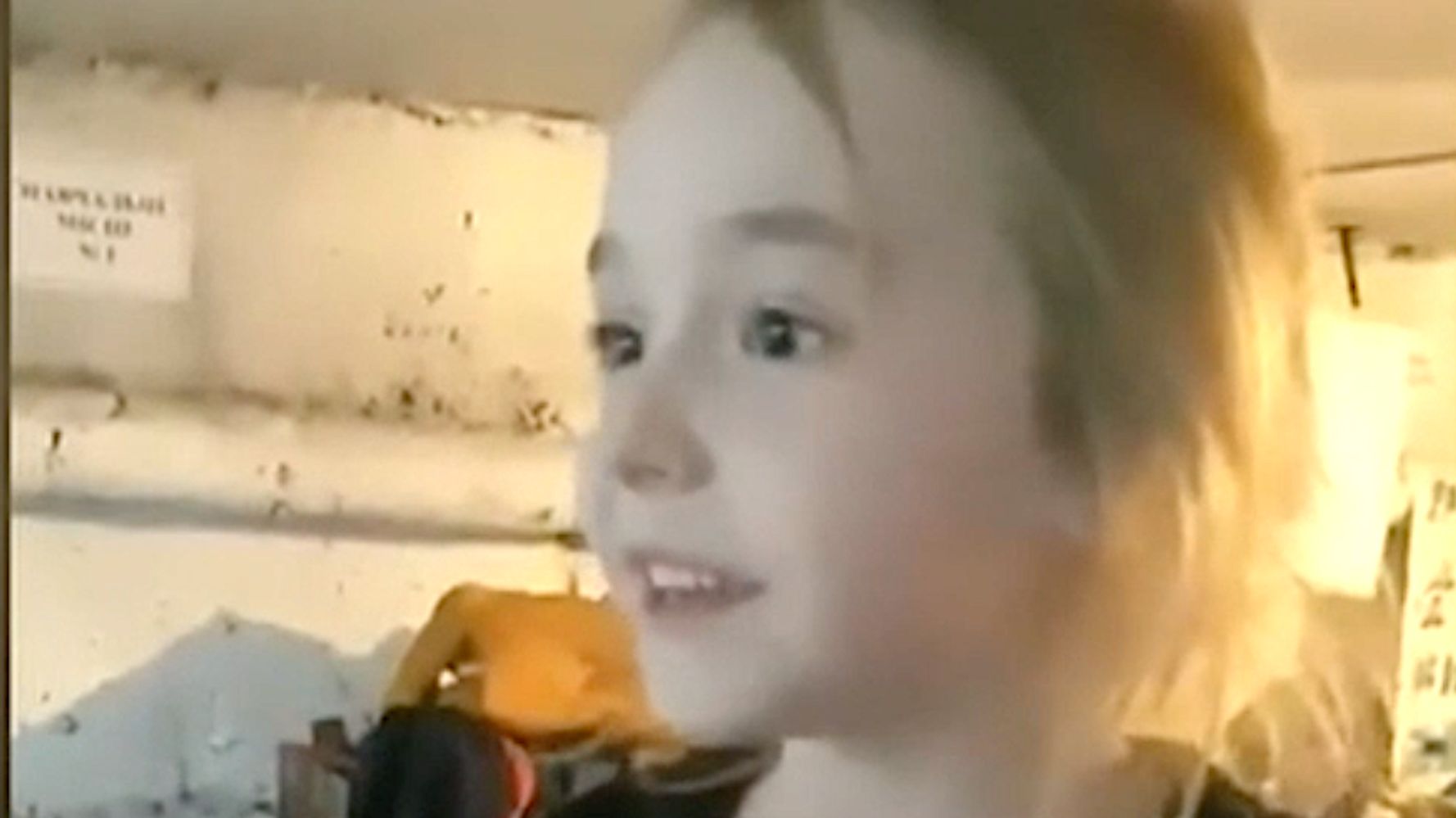 A 7-year-old Ukrainian girl whose powerfully poignant performance of “Let It Go” in a bomb shelter went viral earlier this month sang the Ukrainian national anthem before thousands of people at a charity concert Sunday in Poland, where she’s now a refugee.

Amelia Anisovych first made her international singing mark amid a group of family members and neighbors on March 6, bringing light to a dank cement shelter, reportedly in Kyiv, as she sang the inspiring lyrics from the song in Disney’s hit film “Frozen.”

The performance was so touching that it caught the attention of Broadway star Idina Menzel, who sang the song for the 2013 Disney film. She tweeted: “We see you. We really, really see you.”

Amelia’s bomb shelter performance won a grateful round of applause, millions of views on Twitter — and an invitation to the charity concert.

On Sunday, she wore a traditional embroidered Ukrainian dress as she sang her country’s national anthem in Poland at the Atlas Arena in Lodz. The “Together With Ukraine” event raised more than $380,000, CBS News reported, to support Polish Humanitarian Action (PAH), which is providing aid to victims of Russia’s invasion of Ukraine.

Amelia is now in Poland with her grandmother and brother, but her parents are still in Ukraine.

Anisovych’s poignant bomb shelter song also caught the attention of Kristen Anderson-Lopez, who co-wrote the music for “Let It Go.”

“Dear Little Girl with the beautiful voice,” tweeted Anderson-Lopez, “My husband and I wrote this song as part of a story about healing a family in pain. The way you sing it is like a magic trick that spreads the light in your heart and heals everyone who hears it. Keep singing! We are listening!”

Dear Little Girl with the beautiful voice,
My husband and I wrote this song as part of a story about healing a family in pain. The way you sing it is like a magic trick that spreads the light in your heart and heals everyone who hears it. Keep singing! We are listening! https://t.co/j8CnDSNJw8

“I practice singing every day in the morning, afternoon and evening. I rehearse, and that’s why it turned so well,” she told the BBC. “It has always been my dream to sing.”

But she also added: “I would be happy to be with my mother and father in Kyiv, of course.”