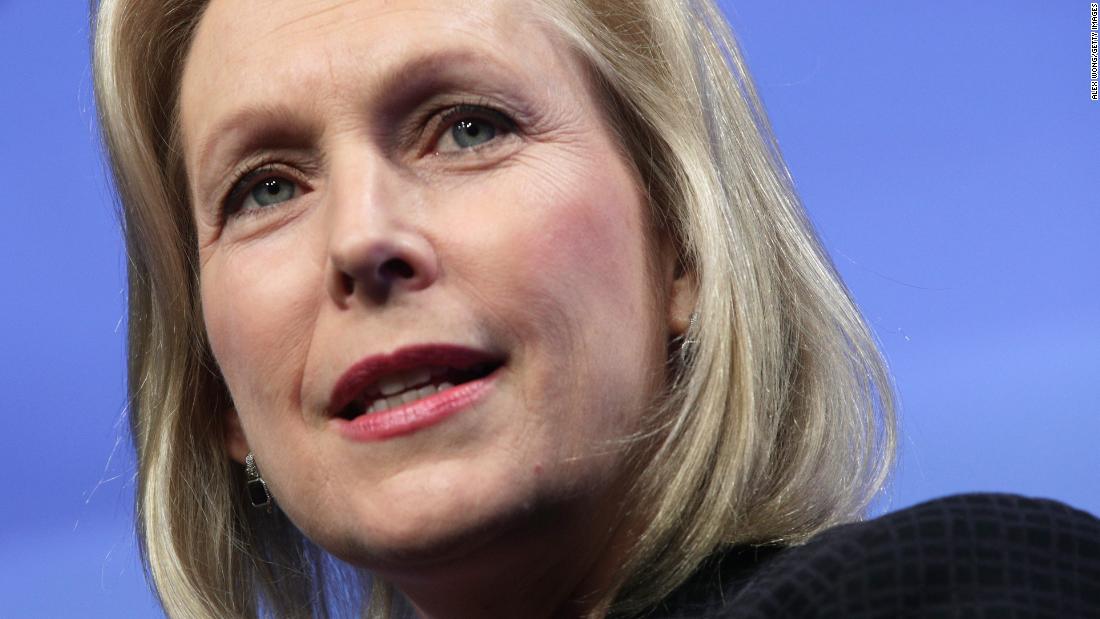 “Every one of us is standing up, speaking out, rallying, marching, talking to our constituents, lifting up their voices and their stories,” Gillibrand told CNN’s Jake Tapper on “State of the Union.” “This is the biggest fight of a generation, Jake.”

“This is a fundamental moment for advocacy and for not giving up. And so what I’m doing, and what many of my colleagues are doing, is pushing for a vote next week,” she added. “We are going to be aggressive with all our colleagues and with our Republican allies to vote for codifying Roe v Wade. We are not giving up, we will never give in and we will keep fighting and if the American people are paying attention, this issue will also be on the ballot in November.”

Last week, a leaked draft opinion authored by conservative Justice Samuel Alito showed the court was poised to overturn Roe v. Wade in a case concerning a Mississippi abortion law that bans abortion at 15 weeks of pregnancy.
Senate Democrats plan to bring to the Senate floor this week legislation to codify abortion rights. The bill, known as the Women’s Health Protection Act, would need at least 60 votes to overcome a GOP filibuster. In the evenly divided Senate, it would require 10 Republican senators to vote for the measure if all Democrats voted in favor. That is not expected to happen.

Gillibrand on Sunday pushed for a change to Senate rules to get rid of the filibuster, telling Tapper: “The argument that, if we take away the filibuster, (Senate Minority Leader) Mitch McConnell and Republicans across the country are going to do bad things , those bad things are literally already happening.”

Democratic Sen. Chris Murphy of Connecticut predicted on Sunday that if Republicans win the Senate in November, “they are absolutely going to pass a national ban on abortion.”

“They got rid of the filibuster for Supreme Court justices for the explicit purpose of putting on the court judges that would strike down Roe v. Wade,” he said in an interview on Fox. “So I think you could naturally assume that they would also change the rules to pass that national abortion ban if they win control of the Senate in this next election.”

According to Alito’s draft, the court would overturn Roe v. Wade’s holding of a constitutional federal right to an abortion. Under current law, the government cannot interfere with a woman’s choice to terminate a pregnancy before about 23 weeks, when a fetus could live outside the womb.

The release of a final opinion in the case is expected later this spring or early summer.

This story has been updated with additional details Sunday.