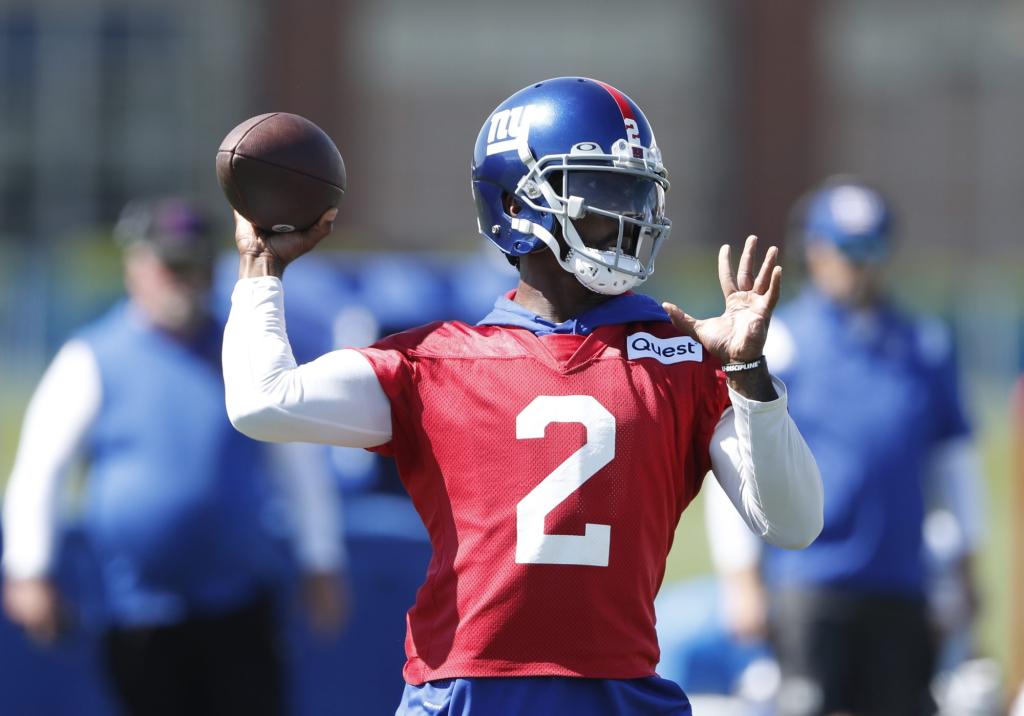 Last week, head coach Brian Daboll wanted to convey something to Daniel Jones on the spot and so he moved for Jones to come off the practice field and sent backup quarterback Tyrod Taylor in for one snap with the starting offense.

Daboll said getting Taylor some reps with the first team could happen again.

“Yeah, as we get going here in terms of the preseason games, we’ll talk about whatever we think is best,” Daboll said Tuesday. “But I have full confidence in Daniel and full confidence in Tyrod and what his role is. Every day, we sit there and we evaluate the guys. But will [Taylor] get a few reps here or there? He might.”

Whoa. Taylor might get more work with the starters?

Hold your whoa. If it happens it is no reflection on the summer Jones is having or any weakening of his hold on the starting job.

“Absolutely not,” Daboll said. “No. I learned from a pretty good coach a while ago, usually he doesn’t tell those guys when he throws them in because that’s what the backup’s role is. You have to go in on a split second. You prepare like you’re a starter. But the fourth play of a game, something happens, you’re in, you got to be ready to go. So, I don’t necessarily think we’ll tell those guys when that will happen.”

So, to be clear: Jones remains the unquestioned starter, for now.

The 2022 class of inductees for the Ring of Honor is a large one: Former Giants running backs Joe Morris, Ottis Anderson and Rodney Hampton, defensive end Leonard Marshall and Ronnie Barnes, the senior vice president of medical services and a member of the team’s medical staff for 47 years. Those five individuals were saluted by the current Giants team after practice. Two other members of the 2022 class, defensive back Jimmy Patton and halfback/receiver Kyle Rote — are deceased.

All seven new Ring of Honor members were members of Giants championship teams. They will be formally added during a halftime ceremony Sept. 26 when the Giants faced the Cowboys at MetLife Stadium.

“Each of the players was among the very best at his position to wear a Giants uniform,” co-owner John Mara said, “and Ronnie Barnes has been an invaluable and beloved member of our organization for decades.”

The Giants got down to the 85-player limit by waiving TE Jeremiah Hall, DB Gavin Heslop and WR Austin Proehl (waived/injured). These moves were made before practice even though the Giants could have waited until 4 pm to make the moves official.

“Do the player right,” Daboll said of the approach taken by himself and general manager Joe Schoen. “They were going to be released, so try to treat them the right way.”