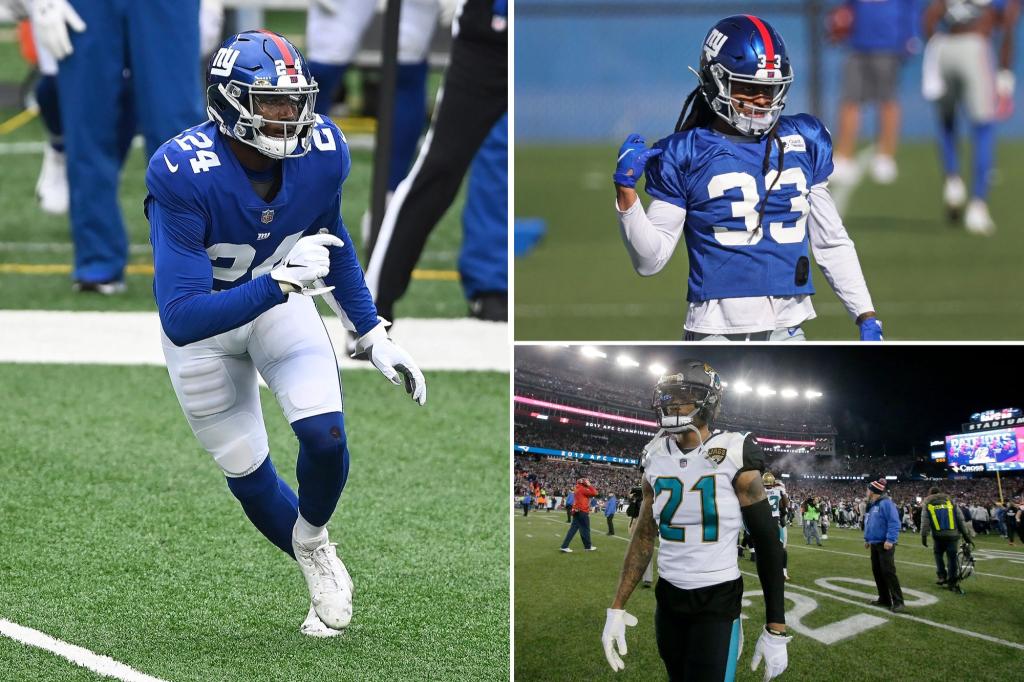 Brian Daboll, the Giants new head coach, was talking not long ago about the preference of Wink Martindale, the new defensive coordinator, to run a variety of different packages to keep opposing offenses guessing.

“Wink, he’s pretty diverse in what he’s done the past few years when he was in Baltimore,” Daboll said. “We are still working through some things, just figuring out what our guys can and cannot do.”

Given what appears to be a fairly dire situation at cornerback, it stands to reason that much of the conversation centers around what the guys on the roster at that position cannot do. The release of James Bradberry was anticipated for nearly four months, and that it came down Monday makes official what the new coaching staff should have been preparing for ever since general manager Joe Schoen took a look at the salary cap situation he inherited and realized Bradberry’s sizeable chunk could not be accommodated.

There is only one proven cornerback on the roster, and it is not as if Adoree’ Jackson is coming off a stellar first season with the Giants. He played in 13 games and is best remembered for dropping what should have been an end zone interception in Week 3 to seal a victory over the Falcons (it turned into a 17-14 loss). Jackson, though, is only 26 years old and the 2017 first-round pick of the Titans has significant ability. Will he ever be able to live up to the three-year, $39 million contract the previous Giants front office gave him prior to the 2021 season? He is now the unquestioned No. 1 cornerback on the team and that cannot be comforting for Martindale or Daboll.

Elsewhere on the roster, it is a bunch of hopes and dreams. Aaron Robinson, a third-round pick in 2021, could take a big step forward after missing half his rookie year on injured reserve. Another 2021 draft pick, Rodarius Williams, is coming off ACL surgery. There is unproductive 2020 draft pick Darnay Holmes, undrafted Jarren Williams and the newest addition, rookie Cor’Dale Flott, taken in the third round out of LSU.

“We don’t play until September,” Schoen said. “Our location in the claim order, the final cutdown will be important or as players are cut.

“The roster is never finished. It won’t be finished during the season, and we’ll always be looking to upgrade.”

Good luck locating and securing a top-tier or even a second-tier cornerback option. This cannot be a talent-for-talent swap. Whoever the Giants bring in will not compare favorably with Bradberry.

While they wait for roster shuffles throughout the league to see which cornerbacks shake free, there are a bunch of unsigned free agents with marginal appeal. AJ Bouye, 30, has 76 starts for four teams, most recently the Panthers last season. Chris Harris Jr., 32, was a fixture with the Broncos for nine years and started 11 games in 2021 for the Chargers. Trae Waynes, 29, was the No. 11 overall pick in the 2015 NFL Draft but the former Vikings starter made it into only five games last season for the Bengals, beset by injuries.

Martindale has familiarity with Jimmy Smith, 33, whose entire 11-year NFL career was spent with the Ravens. Another 33-year-old, Janoris “Jackrabbit” Jenkins, is also on the market, but a reunion with the Giants is unlikely.

Joe Haden, 33, has 148 NFL starts with the Browns and Steelers. Xavier Rhodes, 31, has been a durable player for nine years with the Vikings and Colts, with 126 starts on his résumé. Kyle Fuller, 30, was a first-round pick of the Bears in 2014 and played in all 16 games in 2021 for the Broncos. Younger options as free-agent cornerbacks include Kenny King, Vernon Hargreaves and Khalil Dorsey, who was with the Ravens the past two seasons with Martindale.

GM Joe Schoen has hired Mike Derice as a national scout. Derice was an area scout for a decade with the Colts. He played and also was a director of football operations at Stony Brook. … With the rookie minicamp opening up on Friday, roster spots are needed to begin signing the draft picks. Four spots were opened up on Tuesday after the Giants waived LB Omari Cobb, TE Jake Hausmann, TE Rysen John and OL Wes Martin.