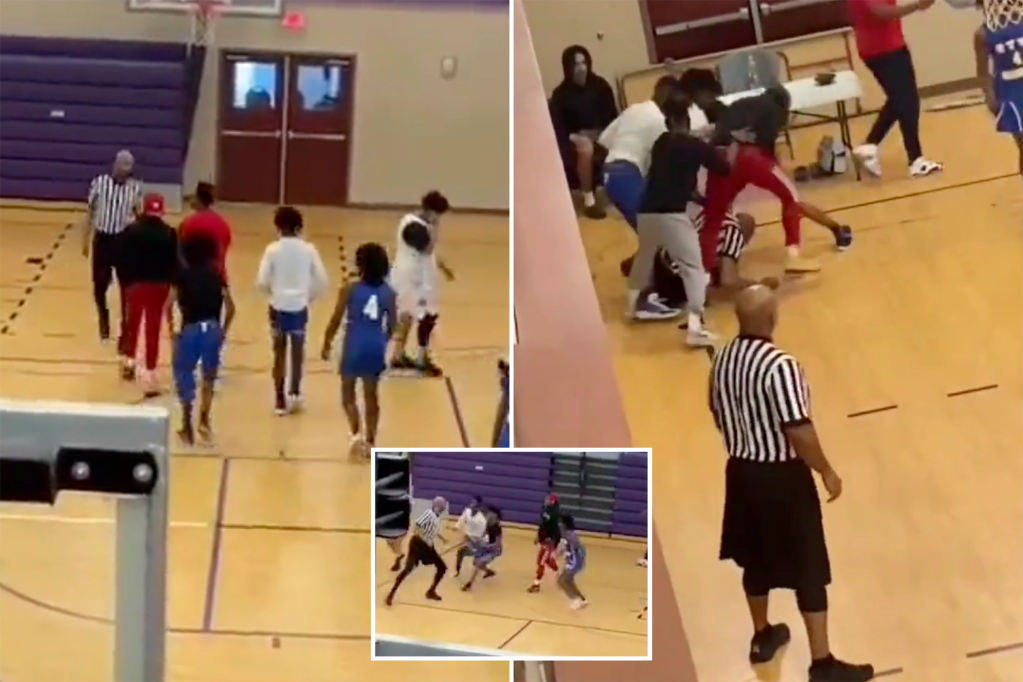 A referee needed 30 stitches after being brutally attacked by a bunch of eighth-graders at a youth basketball game in Georgia, according to TMZ.

The mayhem was captured on video Sunday at the “Love Of The Game” event at the Stronghold Christian Church. TMZ reported that multiple players from one team and spectators at the game appeared to chase the referee before pinning him to the floor, punching and kicking him.

Kenneth Tarver, the founder of KB Sports, which helped host the youth tournament in Lithonia (about 30 minutes from Atlanta), said he doesn’t know what caused the incident.

Tarver said he spoke with the referee after the scuffle and that the official is expected to make a full recovery. He added that the team involved in the incident has been banned from future events, which will include increased security.

“The referee appears outnumbered from the very start,” Paris Cherry, a former pro basketball player who is now a youth basketball development coach, told WSB-TV. “I was called. It was a very scary video. To see the adults instigate and then the kids follow up to the point where it was the kids who chased down the referee at the end of the video, it’s just disgusting. And it seems like there wasn’t any adult trying to break it up.”

According to TMZ, the incident is still under investigation by the Dekalb County Police Department, which responded to the scene in reference to an assault.

A pastor at the Stronghold Christian Church said in a statement: “It is truly unfortunate about the turn of events that took place during the basketball game held at our facility this weekend. We open our doors to serve our community and our goal is to provide a conducive atmosphere for enjoyment, enrichment, etc.

“While we can not control people, it is our hope and prayer that those who enter our facility will conduct themselves in the best manner. Our prayers go out to all those involved in this current situation.”

An AAU representative said the tournament was not a sanctioned AAU game and that the organization was not related to the incident that occurred.