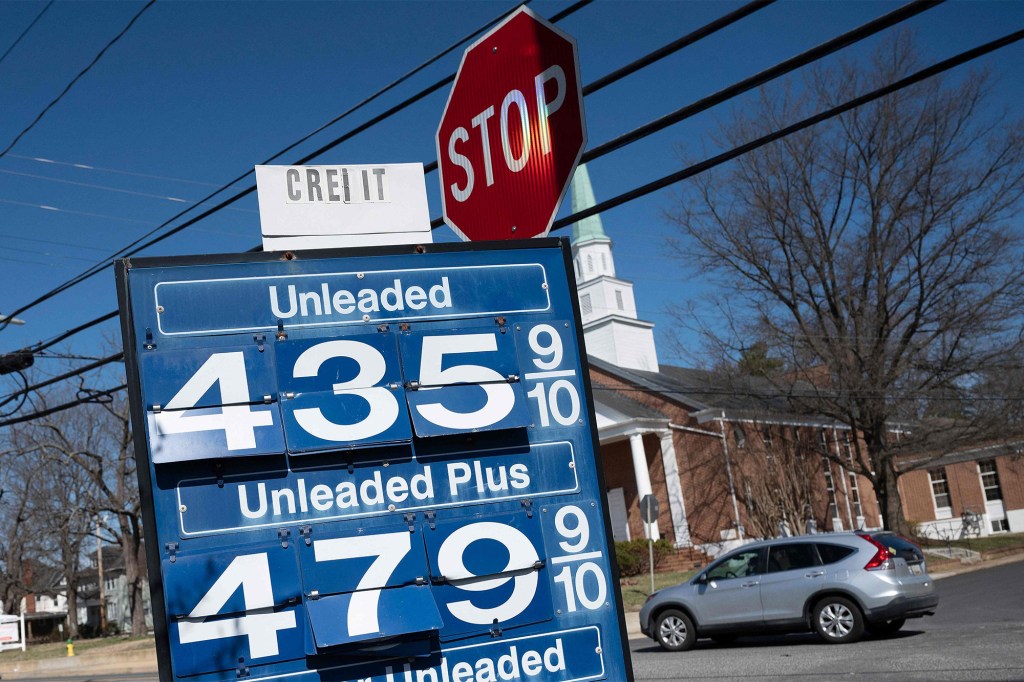 Two states have temporarily suspended their gas tax as prices at the pump have soared in the US amid inflation and Russia’s war with Ukraine.

Drivers in Georgia and Maryland were granted the much-needed relief after lawmakers in those states halted the taxes last Friday.

In Georgia, the gas tax was waived through May 31, saving driver’s $0.29 per gallon on gas and $0.32 per gallon on diesel, the governor’s office said.

Gas prices in The Peach State on Monday averaged $4.11 a gallon.

The price of gas has skyrocketed to a staggering national average of $4.25 per gallon on Monday, according to AAA. California currently has the most expensive gas in the country, with an average price of $5.85 per gallon.

“This is, of course, not a cure-all, and market instability will continue to lead to fluctuations in prices, but we will continue to use every tool at our disposal to provide relief for Marylanders,” Hogan said in a statement.