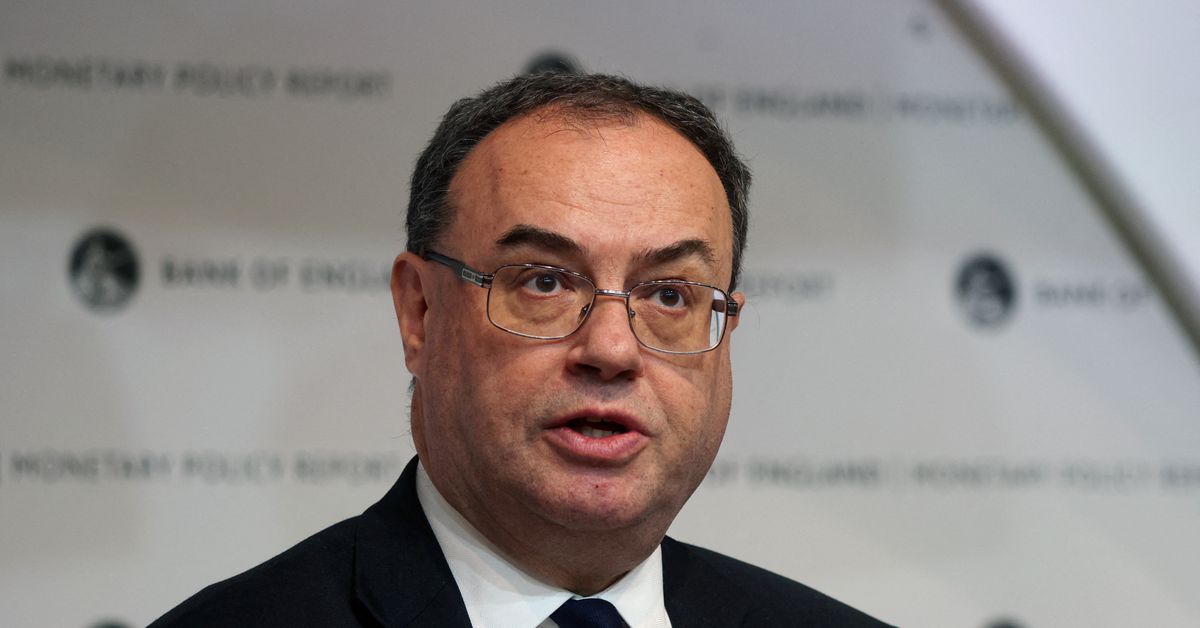 WASHINGTON/LONDON, April 20 (Reuters) – Top officials from Britain, the United States and Canada walked out on Russia’s representatives at a Group of 20 meeting on Wednesday and many members spoke to condemn Moscow’s war in Ukraine, exposing deep divisions in the bloc of major economies.

“This is an extraordinary situation,” Indrawati told reporters after the daylong meeting. “It’s not business as usual, a very dynamic and challenging one.”

The G20 includes Western countries that have accused Moscow of war crimes in Ukraine, as well as China, India, Indonesia and South Africa which have not joined Western-led sanctions against Russia over the conflict.

Indrawati said many countries spoke out against the war at the meeting, although she did not identify them.

“In order for us to be able to recover together … we need more and even stronger cooperation,” Indrawati told a briefing. “The G20 is still … the premier forum for all of us to be able to discuss and talk about all the issues.”

US Treasury Secretary Janet Yellen told attendees she strongly disapproved of a senior Russian official’s presence at the meeting before she walked out, two sources told Reuters.

Ukrainian officials, in Washington seeking billions of dollars of additional funding, also walked out of the meeting, a source familiar with the meeting said.

Over five million Ukrainians have fled abroad since Russia invaded on Feb. 24, the biggest attack on a European state since 1945.

NO ‘BUSINESS AS USUAL’

One source added that Yellen told participants there could be “no business-as-usual” for Russia in the global economy, a view echoed by Indrawati, whose government is heading the G20 group this year. read more

British Finance Minister Rishi Sunak said in a tweet: “We are united in our condemnation of Russia’s war against Ukraine and will push for stronger international coordination to punish Russia.”

Russia’s finance ministry did not mention the walkout in a statement issued after the meeting. It cited Siluanov as calling on the G20 not to politicize dialogue between members and stressing the grouping had always focused on the economy.

He also complained about the damaging effect of Western sanctions, the statement said.

“Another aspect of the current crisis is the undermining of confidence in the existing international monetary and financial system,” it said. “The safety of international reserves and the possibility of free trade and financial transactions are no longer guaranteed.”

Lagarde urged Maksimov to convey to Moscow a clear message – to end the war in Ukraine, one of the sources said.

G20 finance ministers and central bank governors met on the sidelines of a semi-annual conference held by the International Monetary Fund (IMF) and World Bank in Washington, with the Ukraine war, food security and ongoing recovery from the coronavirus pandemic the key topics.

Given the divisions, the group did not issue a communication. Instead, Indrawati read a statement summarizing the meeting and underscoring the importance of the body.

Freeland, who is of Ukrainian descent and has made impassioned pleas on behalf of the country, said she walked out of a G20 plenary meeting to protest against Russia’s participation.

“This week’s meetings in Washington are about supporting the world economy – and Russia’s illegal invasion of Ukraine is a grave threat to the global economy,” she said on Twitter, adding that Russia should not be participating.

IMF Managing Director Kristalina Georgieva on Wednesday acknowledged it was a “difficult moment” for the G20, a forum that has played a key role in coordinating the fight against COVID-19 and responding to the 2008-2009 financial crisis.

But she said cooperation through the forum would continue.

“There are clearly very, very unsettling facts we have to deal with,” said Georgieva, a Bulgarian native. “But we also recognize how interdependent we are … And it is so obvious that cooperation must and will continue.”

Georgieva and Yellen have warned against a fragmentation of the global economy into geopolitical blocs, with the United States and market-driven democracies on one side and China, Russia and other state-driven economies on another.

Reporting by Andrea Shalal and David Lawder in Washington, David Milliken in London and David Ljunggren in Ottawa; additional reporting by Steve Scherer in Ottawa; editing by Dan Burns and Paul Simao