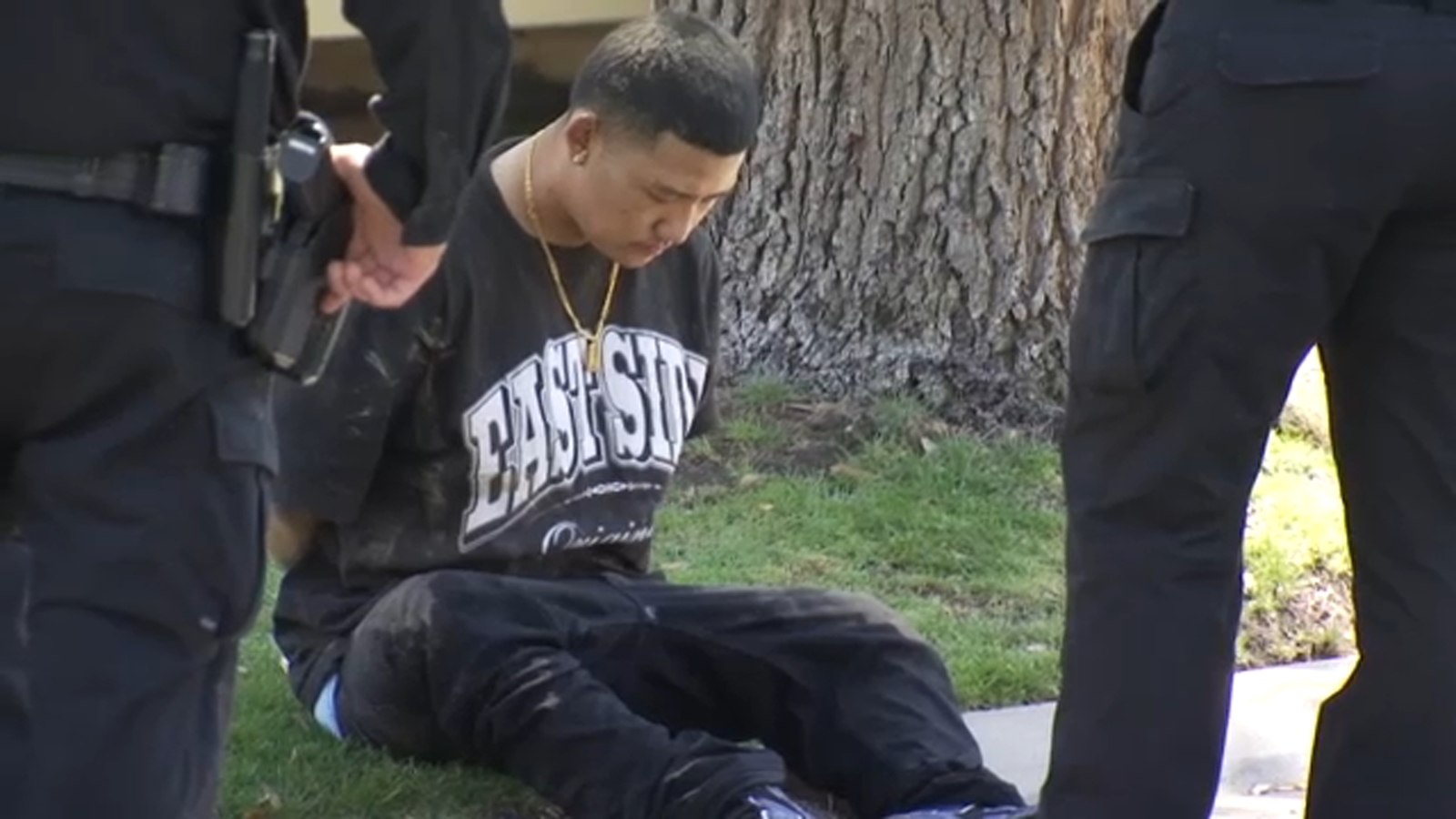 FRESNO, Calif. (KFSN) — Fresno police have arrested a burglary suspect who has been hiding inside a Save Mart for nearly two days.

After a chase, a 20-hour standoff and a daylong wait, officers have finally arrested 28-year-old Pheng Vang after he fell from the ceiling of the grocery store off Nees Avenue and First Street.

Police say after falling, Vang landed in an aisle of the store and tried to escape into a nearby apartment complex.

An ABC30 editor was shopping at the store at the time and describes him as being covered with dirt as he walked through the produce section, grabbed an apple, and walked out of the door.

‘He walked past me, grabbed an apple, started eating it and walked out the front door’: ABC30 editor Andrea Guyton described her encounter with suspect Pheng Vang at Save Mart today, minutes before he was arrested by Fresno police.

Even though police had ostensibly pulled out of the area on Friday, undercover officers were still waiting in place, and arrested him when he left the store.

Chief of Police Paco Balderrama tweeted a picture of the suspect, who appeared to be covered in ceiling plaster and dust.

Earlier in the day, police said Vang was wanted in connection to a burglary out of Caruthers and is on parole after serving time for a previous burglary.

On Thursday evening, Fresno County sheriff’s deputies spotted him at the River Park shopping center near Nees and Blackstone Avenue and tried to stop him.

He then led deputies on a brief chase to the Save Mart and barricaded himself inside the grocery store.

Thus began a standoff that lasted nearly a day, with officers surrounding the area, and waiting outside the store. The Save Mart and nearby businesses were evacuated, and classes were canceled at a nearby school.

On Friday, Fresno SWAT officers went into the store with their K9s to search the building and businesses nearby, but they did not find him. They did, however, find evidence that he had been inside the store.

Later on Friday, police announced that the suspect had escaped and the Save Mart store would reopen soon.

However, police say they still had some undercover officers and marked units posted in the area as a precaution.

On Saturday, almost 24 hours after the grocery store and shopping center were declared safe, Vang fell into the store.

As soon as he tried to escape into a nearby apartment complex, he was taken into custody.

He will be facing charges of felony evasion and parole violation, in addition to other charges.

Police say they have not located a weapon, and as of right now, believe he was not armed.

“There will be a search done in the whole building. The building is open right now for customers but there are detectives and officers inside searching the building,” said Lt. Mark Hudson with Fresno police.

Fresno police is now reviewing surveillance video from inside the store to help give them an idea of ​​his whereabouts while he was inside.

Two suspects who were spotted with Vang at River Park on Thursday and were placed under arrest have now been released. it was determined they had no involvement with the residential burglary that Vang is a suspect in.