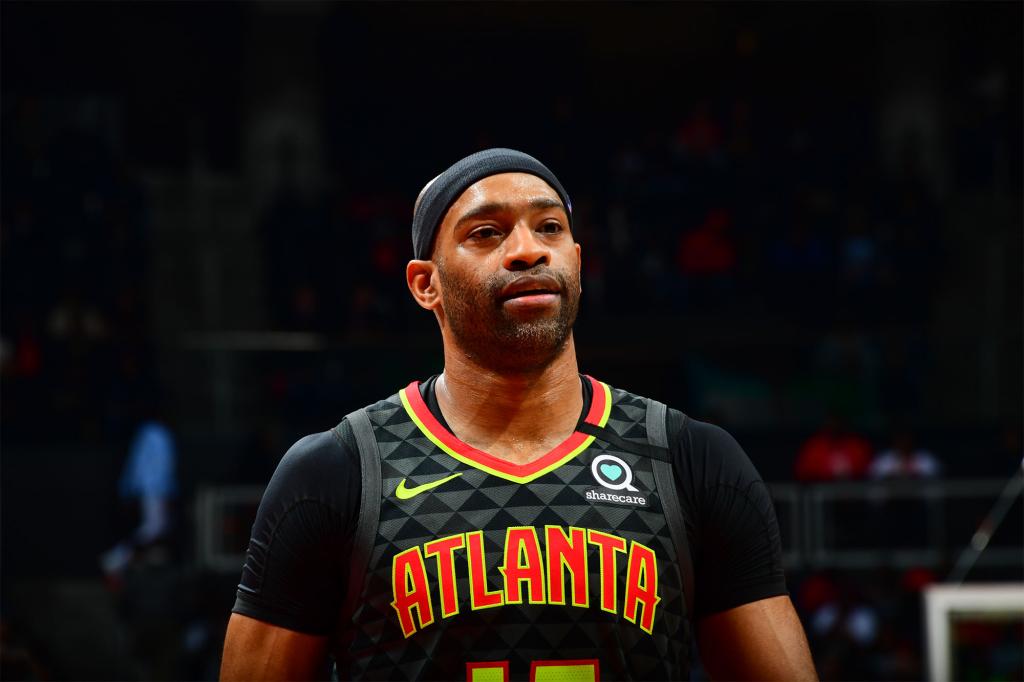 Armed burglars broke into the Atlanta home of retired NBA player Vince Carter while his wife and kids were inside and stole nearly $100,000 in cash over the weekend, police said.

Carter’s wife, Sondi Carter, and the couple’s two sons hid in a closet Sunday night while burglars smashed in a first-floor window and ransacked the 10,000-square-foot home in Atlanta’s affluent Buckhead neighborhood, according to an incident report released Wednesday by the Atlanta Police Department.

Sondi Carter told police she was in bed with her two sons when she heard loud noises coming from out front at 11:50 pm, according to the report. She grabbed her sons and together the three hid in their bedroom closet while listening to the suspects run upstairs and rummage through the family’s belongings in various rooms.

Sondi Carter said she called 911 from inside the closet and texted the neighborhood patrol.

An off-duty Atlanta PD officer with the neighborhood patrol responded and chased a suspect wearing all black clothing and a mask down the road until he hopped into a black SUV that sped off.

Police officers arrived at the home shortly after and found $16,100 worth of $100 bills spilled onto the ground outside the gated home.

The recovered money, however, was just a sliver of the $100,000 that was missing from a brown bag Vince Carter kept in the master bedroom closet, the former Hawks player who retired in 2020 told police.

Police also found a gold Desert Eagle firearm still in its gun case, belonging to Vince Carter, and a black Glock 26 with an extended magazine outside the home, according to the report.

Police believe the Glock was left behind by the burglars.

Inside the home, officers found a first-floor window completely smashed in, multiple rooms in disarray and a gate at the top of the stairs broken off its hinges, the report states.

Police officers photographed the scene and lifted a fingerprint from a side door that the suspects may have used to flee the home. They also collected surveillance video from cameras on the property.

Sondi Carter and her sons were unscathed during the break-in.

According to property records, Vince Carter, who played 22 seasons with the NBA and now works as an NBA analyst for ESPN, bought the home and the almost acre and a half of property it sits on for nearly $7 million in August 2020.

The investigation is ongoing.