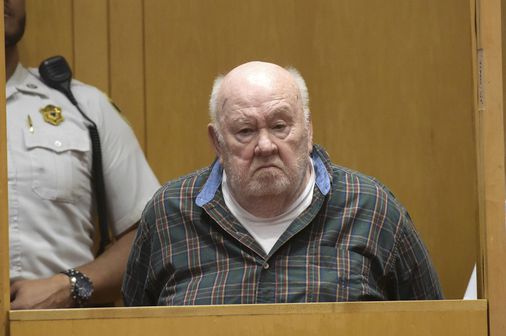 A probable cause hearing in the case is slated for June 17.

Jessica Strasnick, chief Essex County homicide prosecutor, said that the state crime lab was able to generate a DNA profile from Tremblay’s body that was later linked to McClendon.

But McClendon’s attorney, Charles Henry Fasoldt, said it “seems equally plausible” that another male McClendon’s DNA could have been found on the girl’s body.

Strasnick added that witnesses saw Tremblay talking to someone in a van the day she was last seen alive, and McClendon had a van and was living in Chelmsford at that time. She said investigators also determined from Tremblay’s neck wound that her killer was likely left-handed. McClendon is left-handed, she said.

Fasoldt, however, argued his client’s dominating hand shouldn’t tie him to the crime.

“Regarding the left-handed nature of the wound,” he said, “most people have two hands, and most people can use both.”

McClendon was arrested April 26 at his Alabama home.

Tremblay was last seen alive on Sept. 11, 1988. The girl’s stabbed and mangled body was discovered a day later in a railway yard in Lawrence. For more than three decades the gruesome murder remained unsolved.

Authorities have said previously that McClendon wasn’t working as a corrections officer at the time of Melissa’s murder, but he worked three separate stints with the state Department of Correction between 1970 and 2002.

Andrea Ganley, a New Hampshire resident who was a friend of Melissa’s, told reporters outside the courthouse that she always hoped to see her friend’s killer brought to justice.

“It was hard to describe. A lot of anger … a lot of anger,” Ganley told reporters, describing the emotions that welled up in her when she saw McClendon in the courtroom. “A lot of sadness.”

Ganley said Melissa was a funny, feisty 11-year-old with a bubbly personality. As a kid growing up in the 80′s, she was a fan of pop music and stars like Wham! and Madonna, Ganley said.

Ganley said she still has many questions about what happened on that fateful day.

Essex District Attorney Jonathan Blodgett told reporters last month that police learned Melissa had accompanied her mother and her mother’s boyfriend to a Lawrence social club the day she disappeared, and that she played in the adjacent neighborhoods while the two adults remained inside the bar.

A neighbor who lived next door to the bar told reporters at the time that Melissa often played with her children and that they had been breaking bottles on the afternoon the girl disappeared. Melissa was last seen by a railroad employee and pizza delivery driver, Blodgett said.

The child and her mother, Janet Tremblay, lived in Salem, NH, at the time. The mother died in 2015 at age 70. According to her obituary posted to the website of the Goundrey & Dewhirst Funeral Home in Salem, Tremblay was “a loving mother to her adopted daughter Melissa Ann Tremblay.”

“Melissa has never been forgotten,” Blodgett said, adding that her family is “very relieved and very happy that the police involved in this matter never gave up their pursuit of justice for Melissa.”

Material from prior Globe stories was used in this report. Travis Andersen of the Globe staff contributed.