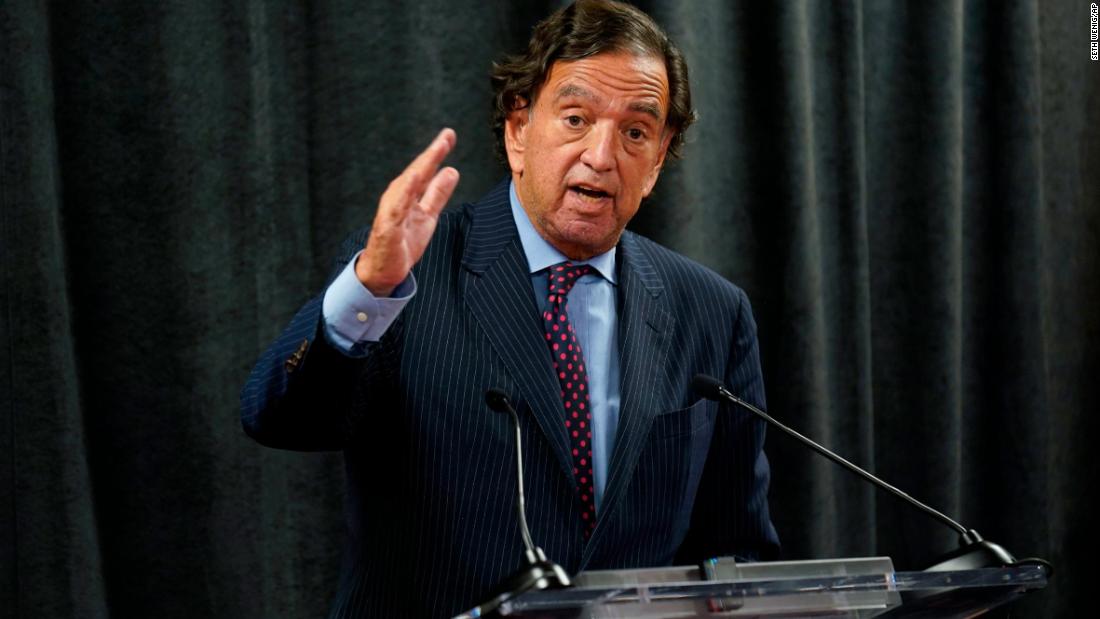 The planned trip to Moscow by the former New Mexico governor and diplomat, who privately works on behalf of families of hostages and detainees, comes amid US government efforts to get the two Americans released and as pressure mounts to bring them home quickly.

Both Whelan and Griner are considered wrongfully detained by the US government, and both of their families have been working with the nonprofit Richardson Center.

CNN has reached out to the State Department and the National Security Council for comment on Richardson’s planned trip, which was first reported by ABC News.

Mickey Bergman, the executive director of the Richardson Center, told CNN, “we are unable to comment on this, at this time.”

News of the planned trip comes days after Griner, the WNBA star who has been detained in Russia since February after being arrested on drug smuggling charges, pleaded guilty in a court outside Moscow. Griner, who the Russians said had two cartridges with less than a gram of cannabis oil in each, told the court Thursday that she was packing in a hurry and the cartridges ended up in her bag accidentally, and she did not intend to break the law . She faces up to 10 years in prison.

Richardson told CNN on Thursday following Griner’s plea, “We believe that any prisoner in a situation like this needs to do what they believe can help them survive the ordeal.”

“She is fighting for her life,” Richardson said, adding he “is working hard on trying to secure the safe return” of Griner and Whelan from Russia, but declined to give further details due to “ongoing efforts.”

Whelan, a former Marine, was arrested in December 2018 on espionage charges he vehemently denied. He was sentenced in June 2020 to 16 years in prison in a trial US officials declared as unfair.

Richardson has long worked to free Americans detained abroad, and played a role in securing Trevor Reed’s release from Russian detention in April.

A source familiar with the situation told CNN in April, following Reed’s release, that members of the Richardson Center had traveled to Moscow in February, in the days immediately before the Russian war in Ukraine, to meet with Russian leadership. Following that visit, the Richardson Center came away with a clear sense of what the Russians were willing to do and how they were willing to do it, which was presented to the White House.

The Biden administration has repeatedly said that working to secure Griner and Whelan’s release, as well as that of Americans wrongfully detained abroad, is a top priority.