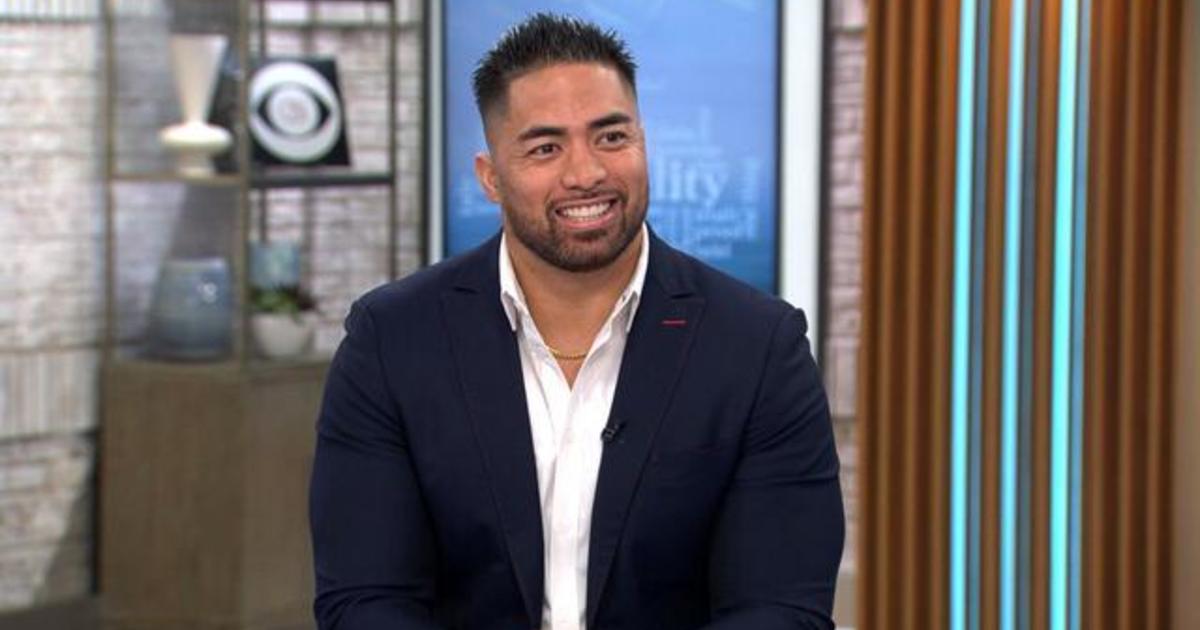 Football player Manti Te’o, who learned in 2012 that his late online girlfriend was not only alive but also not the person she claimed, says that he’s speaking out about the situation in order to heal from it. In a new two-part Netflix documentary called “Untold: The Girlfriend Who Didn’t Exist,” the award-winning player and Heisman Trophy finalist provides his side of the story.

“In order for me to kind of heal from this, I needed to reveal it,” Te’o, who is now a free agent, told “CBS Mornings” on Tuesday. “I challenged myself at this time that if anybody asked about it or had questions about it, that I would be open and I would have those hard conversations, and I started to feel the strength that I would get from talking about it.”

During Te’o’s senior year at Notre Dame in 2012, he reported the death of both his girlfriend Lennay Kekua and grandmother within hours of each other. Kekua was said to be a 22-year-old Stanford University student who suffered a serious car accident before she was diagnosed with leukemia.

Prior to Kekua’s so-called death, Te’o said he had never met her in person and only communicated with her virtually.

“There were attempts to meet up,” he said, adding that plane tickets had even been purchased in certain instances. “There were excuses of, ‘Oh a family member is ill. Somebody was in the hospital.’ And for me, I’m not going to be like ‘Prove it.'”

Reporters at the sports outlet Deadspin in 2013 were unable to locate records of Kekua’s death or for a car accident on the reported dates. They alleged that the real person behind the photos was someone named Ronaiah Tuiasosopo from Seattle.

Te’o told “CBS Mornings” he was just as surprised as the public to learn that information at the time. Once someone later pointed out to him the shocking revelation, he did not reveal it.

“I didn’t know what to believe,” Te’o said. “You don’t expect for somebody to say ‘Hey, somebody’s dead,’ and three months later, ‘Somebody’s alive.’ What do you do with that information?” the football star said. “Do you call somebody and say, “Hey, I just found out somebody’s alive.”

Following the story, Te’o received backlash online for critics who said he was in on the scheme. The athlete, who is one of the most decorated college football players in a single year, said there was “a lot of self-discovery” during this time.

“I didn’t realize how much I cared about people’s opinions,” he said.

He thanked his family members for their support, and emphasized the fact that he did truly lose someone all those years ago.

“I want to bring more light to my grandmother because it almost is like this story overshadows her,” Te’o said. “If there’s anything I would like to do it’s to give my grandmother that respect that has kind of been missed the last ten years because I did lose my grandmother.”

He encouraged anyone dealing with mental health issues to seek help. “That’s something to not take lightly,” he said.

Tori B. Powell is a breaking news reporter at CBS News. Reach her at tori.powell@viacomcbs.com