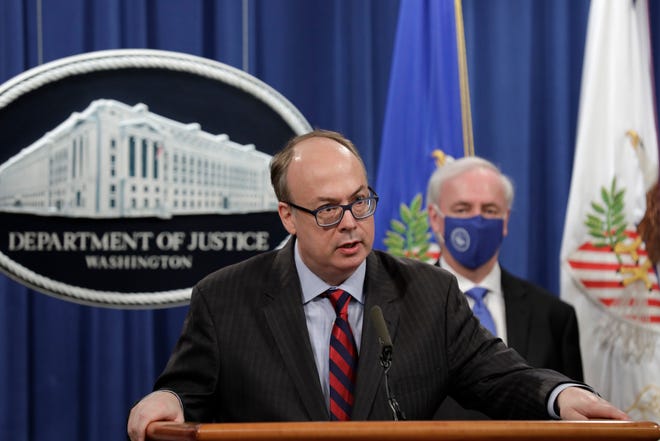 The law enforcement action comes as the House committee investigating the Jan. 6, 2021, attack on the US Capitol prepared to outline how Trump unsuccessfully sought to install Clark as acting attorney general to pursue false allegations of election fraud.

A spokesman for the US Attorney’s Office in Washington, DC, confirmed that law enforcement activity occurred in the general vicinity of Clark’s home, but declined to describe the purpose of the action.

Clark could not be reached for comment Thursday. His attorney did not immediately respond to inquiries.

Russell Vought, a former Trump administration official who now heads the conservative Center for Renewing America, defended Clark, who has served as a senior fellow for the group. He described the search Thursday on Twitter as a “pre-dawn raid” involving more than a dozen investigators in which Clark was placed on the street in his pajamas as authorities seized electronic devices.

“This is not America, folks,” Vought tweeted. “The weaponization of govt must end. Let me be very clear. We stand by Jeff and so must all patriots in this country.”

What we know about Thursday’s hearing:The next Jan. 6 hearing will dig into Trump’s dealings with the DOJ. Here’s what we know.

According to the officials, Clark sought to enlist Rosen to assist in Trump’s election scheme, once telling Rosen that he would decline Trump’s offer that he take Rosen’s place if the acting attorney general agreed to join.

Donoghue also tested Thursday, asserting that Clark persisted with the plan despite stark warnings from both Rosen and Donoghue.

Clark made a brief video appearance at Thursday’s panel hearing, recorded from a prior meeting with the committee in which he declined to answer questions.

Asked about the letter intended for Georgia officials, Clark invoked his Fifth Amendment protection against self incrimination.