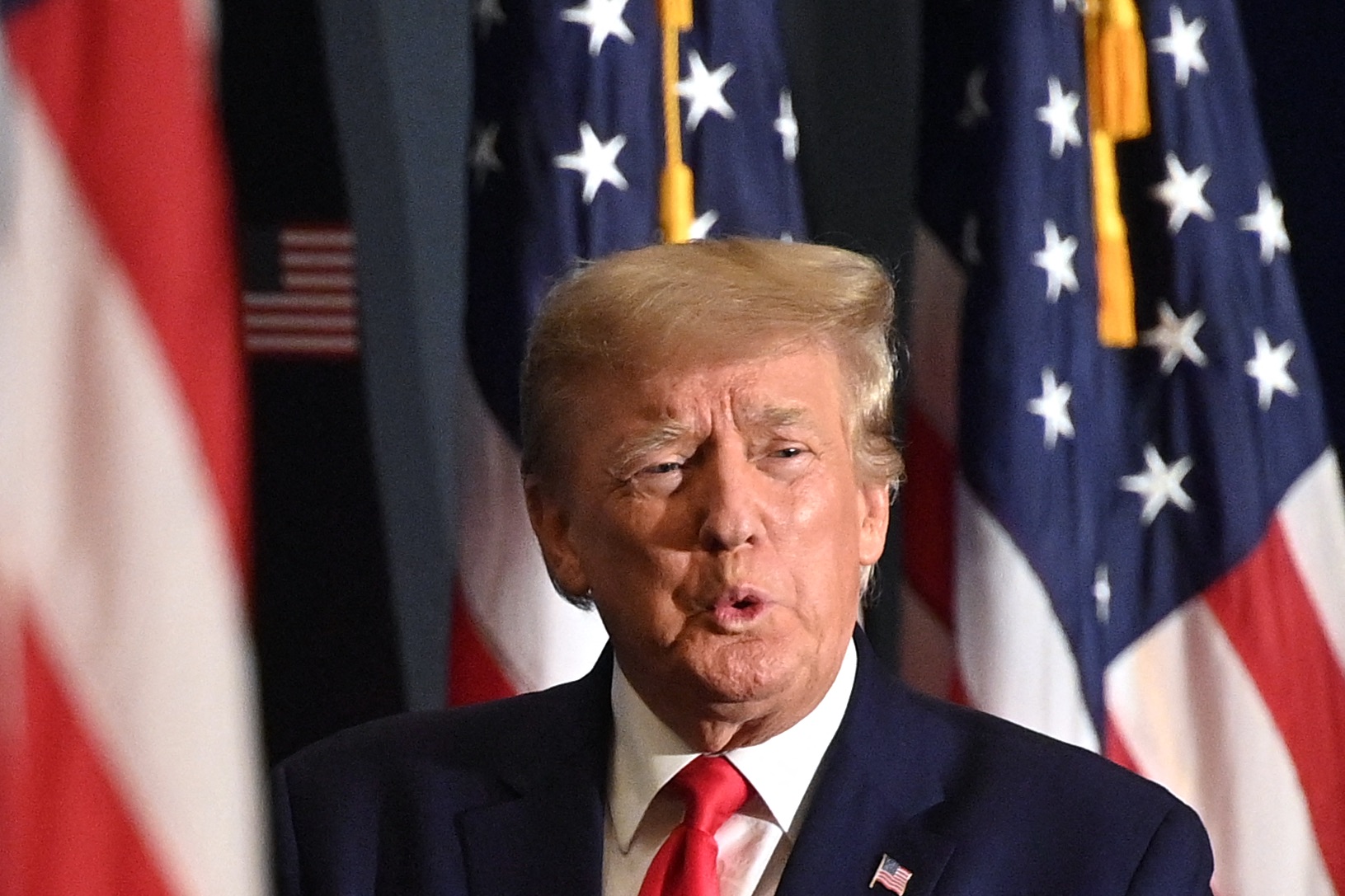 To justify the unprecedented raid on a former president’s residence and protect the source who revealed the existence of Trump’s private hoard, agents went into Trump’s residence on the pretext that they were seeking all government documents, says one official who has been involved in the investigation. But the true target was this private stash, which Justice Department officials feared Donald Trump might weaponize.

“They collected everything that rightfully belonged to the US government but the true target was these documents that Trump had been collecting since early in his administration,” says the source, who was granted anonymity to discuss sensitive issues.

The sought-after documents deal with a variety of intelligence matters of interest to the former president, the officials suggest—including material that Trump apparently thought would exonerate him of any claims of Russian collusion in 2016 or any other election-related charges.

When Trump left the White House in January 2021, many of the normal processes of transition were not followed, especially because the president would not admit that he had lost the election or that he would be leaving office. As a result, we now know, some 27 boxes of documents were shipped to Mar-a-Lago by mistake: officials papers under US law, which the National Archives is supposed to take custody of and catalog.

Over the past 18 months, the Trump camp and the Archives were engaged in a back-and-forth which resulted in the return of 15 boxes (and some additional documents). As late as June 3, when officials from the FBI and Justice visited Mar-a-Lago to serve a Grand Jury subpoena for specific documents, these negotiations were largely cordial.

But in the course of its investigation, the FBI and Justice became aware of Trump’s private collection. ace Newsweek previously reported, a confidential human source revealed that the former president wasn’t planning to disclose that he had possession of some of his own documents and that he did not intend to return them.

Trump administration officials, including former national security advisor John Bolton, have described how the president regularly tore out pages from intelligence reports, or took away documents which interested him to his White House residence. Most of those documents had the potential to reveal US intelligence “sources and methods,” as Newsweek reported.

The Washington Post reported that those documents dealt with nuclear weapons, adding on Tuesday, “People familiar with the investigation did not offer additional details, such as whether the documents being sought involved weapons belonging to the United States or another nation.”

The two US officials with direct knowledge of the situation tell Newsweek that while some of the intelligence documents might have dealt with nuclear weapons, that was not the main focus. “Donald Trump kept documents that interested him,” one of those officials says, “sometimes Iranian or North Korean nukes, sometimes Ukraine or Russia, some foreign leaders.” It wasn’t the subject matter per se that was of interest to Justice as it was fear that Trump might “weaponize” the information, including for personal gain, the official says.

“Trump was particularly interested in matters related to the Russia hoax and the wrong-doings of the deep state,” one former Trump official tells Newsweek. “I think he felt, and I agree, that these are facts that the American people need to know.” The official says Trump may have been planning to use them as part of a 2024 run for the presidency.

The high-level US government officials explain that it was not necessarily the classification level of the documents nor even their subject matter that investigators were focused on.

“All official documents, regardless of classification, are required to be returned to the Archives under the Presidential Records Act,” one of the officials says. “And surely the FBI was going about its business of retrieving everything.”

But it is accurate to think about what was retrieved at Mar-a-Lago as two distinct sets of documents—those that are being openly sought under the Presidential Records Act and those that formed part of Donald Trump’s stash.

The decision to search Mar-a-Lago was prompted by concern that the documents might be moved as the negotiations dragged on, or that former President Trump might use them, revealing secrets or revealing intelligence sources and methods (including agents on the US payroll or other secrets, such as what was being intercepted electronically).

Trump has said that the FBI broke into his personal safe, one evidently located in his office or bedroom, a claim that the government has not confirmed. The two government sources agree that the private cache was located separately from the storage room that contained the 11 sets of documents that were the bulk of what the FBI retrieved.

On Monday, the Justice Department returned three passports that the FBI says it inadvertently seized in the search: a quasi admission that a Trump safe might have been the specific target, the US officials say.

Also on Monday, in response to a filing with the Florida court by numerous news media organizations asking that the Affidavit that justified the search be made public, the Justice Department said that releasing it would undermine an “ongoing law enforcement investigation that implicates national security. “

The Affidavit, Justice said in their opposition to unsealing the Affidavit, would reveal “highly sensitive information about witnesses, including witnesses interviewed by the government; specific investigative techniques; and information required by law to be kept under seal.”

In laymen’s terms, the Affidavit reveals human sources (“witnesses”) and the possibility that “specific investigative techniques,” including information from the intelligence community about what they believed Donald Trump had, or about surveillance of Mar-a-Lago, would be compromised.

“I know it is hard for people to understand that the classification of the documents was not the main concern per se,” says one of the high-level government officials. “It is Donald Trump’s potential law-breaking that is the focus. That applies to the Records Act stuff. As for his private stash? I don’t know what that material is, but Justice was alarmed that Trump was planning to keep his possession secret.”

“People are too focused on sensitivity and not the law,” says the other official. It is what they knew (or believed) about Donald Trump’s plans that prompted the search now. The official, who is confident that the search was legally valid, questions whether it was the smartest move. “We’ve still got to unpack all of these terms—nuclear, espionage, classified—so the public understands. That will be tricky because the issues and technicalities are in fact extremely complicated.”