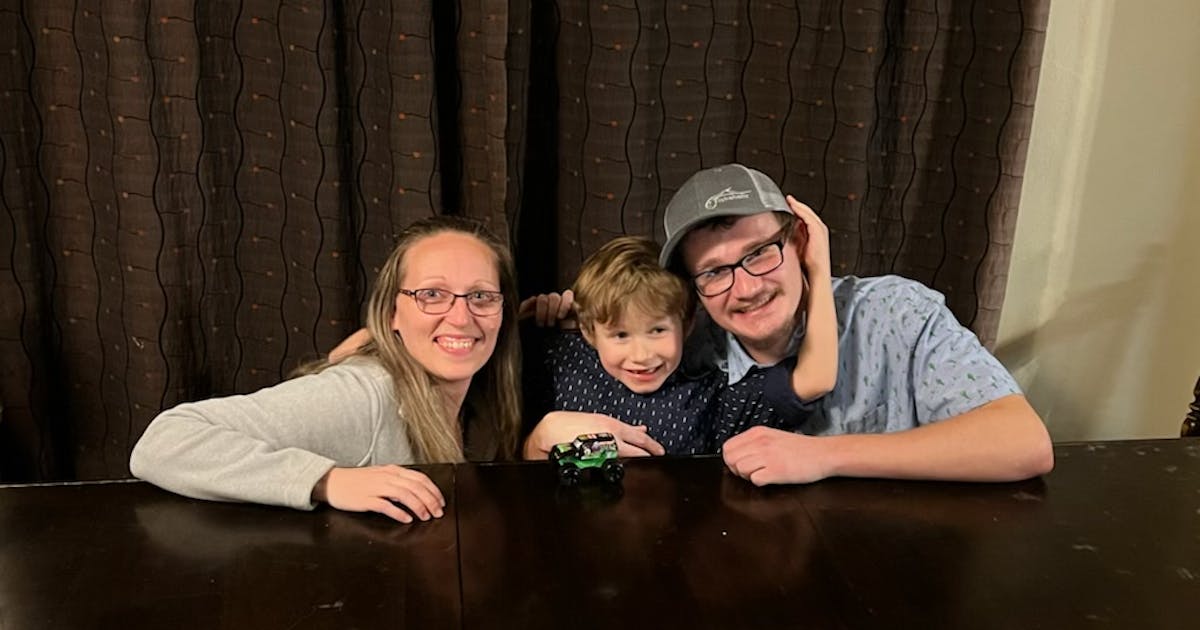 The mother of a slain 6-year-old boy is under arrest on suspicion of murdering him after police found his body in the trunk of her car, according to court records and interviews with family members.

Family members said Saturday that the the boy’s father, Tory Hart, was trying to win custody of his child at the time of the boy’s death.

The woman was arrested after Orono police received a call Friday reporting a car driving on a tire rim with the back window smashed out. When officers stopped the car in Mound, they noticed blood inside the vehicle and found the body inside the trunk.

Police said the female driver of the vehicle and another person were arrested on suspicion of homicide, but they have not yet charged them or identified the victim. Police have yet to release details about the circumstances of the death.

Family members blamed Dakota County social workers for not protecting the child, who was placed in foster care for nearly a year after the boy’s mother failed to properly care for him, interviews and court records show. The boy was placed back with his mother in December over the objections of his foster parents and other family members.

“This county failed this child big-time,” said Nikita Kronberg, a relative of the mother who acted as his foster mother for 11 months.

The Dakota County social worker in charge of the case did not respond to messages.

Josephson said the boy was a happy, patient child who loved playing with Matchbox cars and dreamed of someday becoming a firefighter. He suffered from a rare genetic disorder called Townes-Brock syndrome, which led to kidney disease and hearing problems that required hearing aids.

The boy “was loved by everyone who met him,” Josephson said. “He just had more medical needs than the average kid.”

In a March 25 email to county social workers reviewed by the Star Tribune, Hart expressed concern that his son was being “mentally and emotionally abused.”

Hart noted that his son had trouble sleeping, was chewing on his shirt and showing other signs of anxiety, and was using baby talk again. The boy also was stuttering again.

The boy “did not have any of these issues prior to” moving back in with his mother, Hart said in the email.

Josephson said Hart lost contact with his son shortly after the boy was born. They rekindled their relationship in 2019 when the boy’s mother showed up at a family wedding and exchanged phone numbers with Hart.

“They loved each other immensely,” Josephson said. “Tory’s days and weeks revolved around when he would get to see his son next, and when the next sleepover would be … He was missing a piece of himself when (his son) was not around.”

Josephson said Hart hoped to win custody after a court hearing this summer and bring him back to their home in Chetek, Wisc., where Hart manages a bait shop.

“We told ourselves so many times that the right thing will happen,” Josephson said. “We are so frustrated that they didn’t hear our cries.”