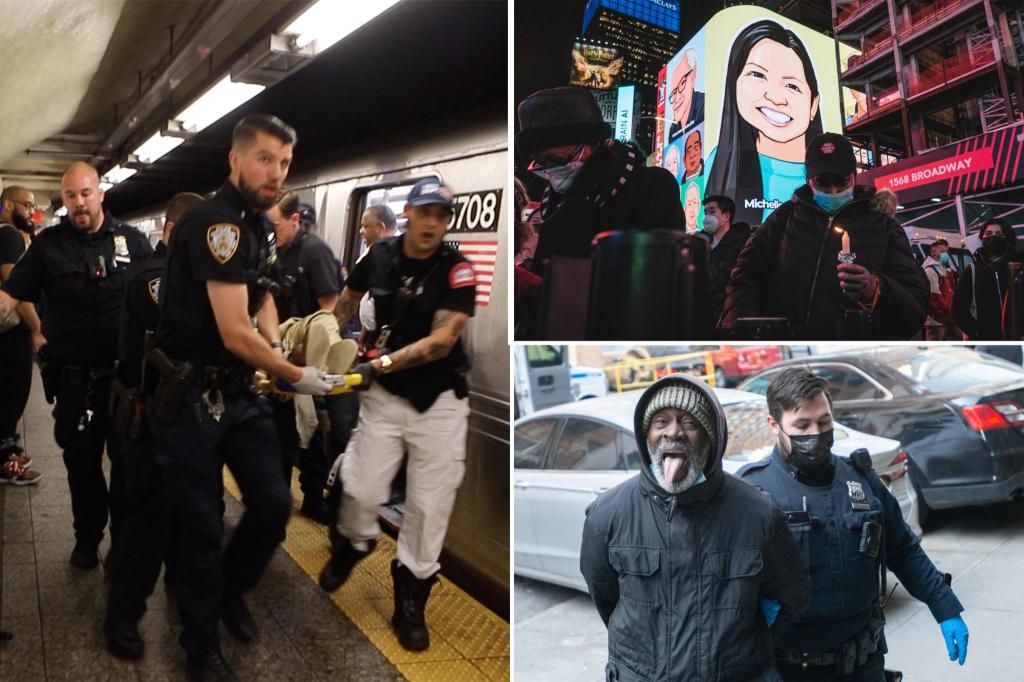 Sunday’s horrific murder of a passenger on the Q train marked the fourth subway homicide of the year, the NYPD said — intensifying fears in the Big Apple barely a month after the mass shooting that left 10 straphangers wounded by gunfire.

Police said a total of four individuals have been killed on trains or in stations since Jan. 1 — including the 48-year-old man gunned down in an apparent random act of violence as his train went over the Manhattan Bridge.

April marked a notably bloody month for NYC commuters thanks to Frank James, who allegedly fired dozens of rounds into an N train in Brooklyn. Ten people were injured by gunfire and several more from smoke inhalation during the April 12 rampage.

Other subway homicide victims included Michelle Go, who was shoved onto the tracks by a deranged vagrant on Jan. 15.

Felony subway crime was up 53% last month compared to April 2021, according to NYPD statistics released Friday.

Ridership, however, increased 56% over the same period — and total felonies and felony assaults both dropped in April 2022 compared to the previous month.

MTA CEO Janno Lieber has warned that April crime stats may be skewed by the high-profile mass shooting, and said that Mayor Eric Adams’ push to increase subway patrols is working to reduce crime.

“City Hall has embraced the idea that cops need to be on platforms and on trains.,” Lieber said during an April 28 appearance on NY1.

“Not every crime can be stopped in life, but there’s no question that visible presence of officers deters crime.”