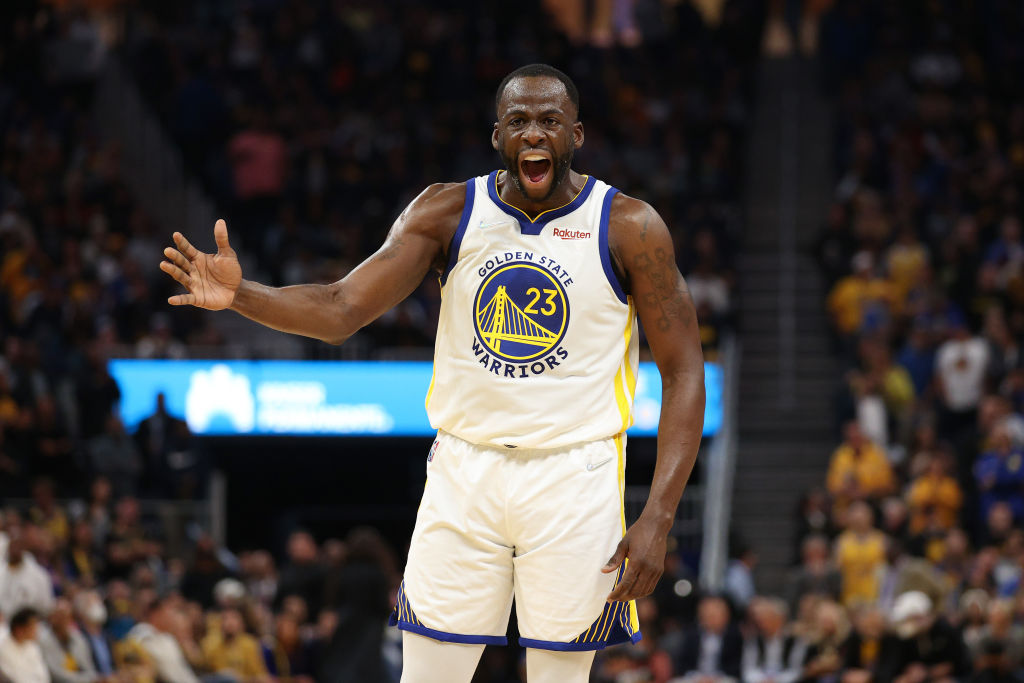 Draymond Green’s reputation as a player who has no problem letting an official know when he disagrees with a call is world-renowned at this point and has gotten the Golden State Warriors star into enough trouble that teammates, and even fans, sometimes have to intervene in order to stop him from getting a technical crowd.

This is what happened in the third quarter of Monday’s playoff game against the Memphis Grizzlies. Green was called for a foul that he simply did not believe should have been called. As he approached the official to argue, a fan sitting in a courtside seat perhaps saw a familiar scene unfolding and began desperately waving her arms trying to get Green’s attention.

Holding a drink in her right hand, she appears to be shouting, “HEY DRAYMOND, IT’S OK,” in an attempt to perhaps calm the frustration of a player who would eventually make the game-winning block that would give Golden State a 3- 1 series leads over Memphis.

This fan wanted to prevent Draymond from getting T’d up 😂 pic.twitter.com/OxeSA4WVsL

It’s not clear whether Green heard the woman, so it’d be unfair to give her any credit in Green walking away from the confrontation without a technical foul. What would be fair is to say her response was symbolic of the Warriors fan base that understands just how important his presence is on the floor.

Green was assessed a controversial Flagrant 2 foul in Game 1 and was ejected for hitting Brandon Clarke’s face and pulling him down to the floor by his jersey. Sure, the Dubs ended up winning that game, but it required a kind of effort that only narrowly resulted in a victory over the Grizzlies thanks to a missed layup by Ja Morant.

Though technical fouls are codified in a particular way in the NBA rulebook, in practice, they’re issued rather subjectively. Had Green picked the wrong official to confront, he might’ve seen one, or even two technicals thrown his way for arguing. He might not even have had to pick the wrong guy, as this series has become rather tense in the wake of dirty flagrant fouls, accusations of dirty plays and illegal actions, and some racism to boot.

Given how important every playoff game is for a team with championship aspirations, it would be pretty bad if the team’s best facilitator and toughest defender had to miss out on another partial game. If anyone understood that clearly, it was the woman dubbed “Wine Mom” ​​online.