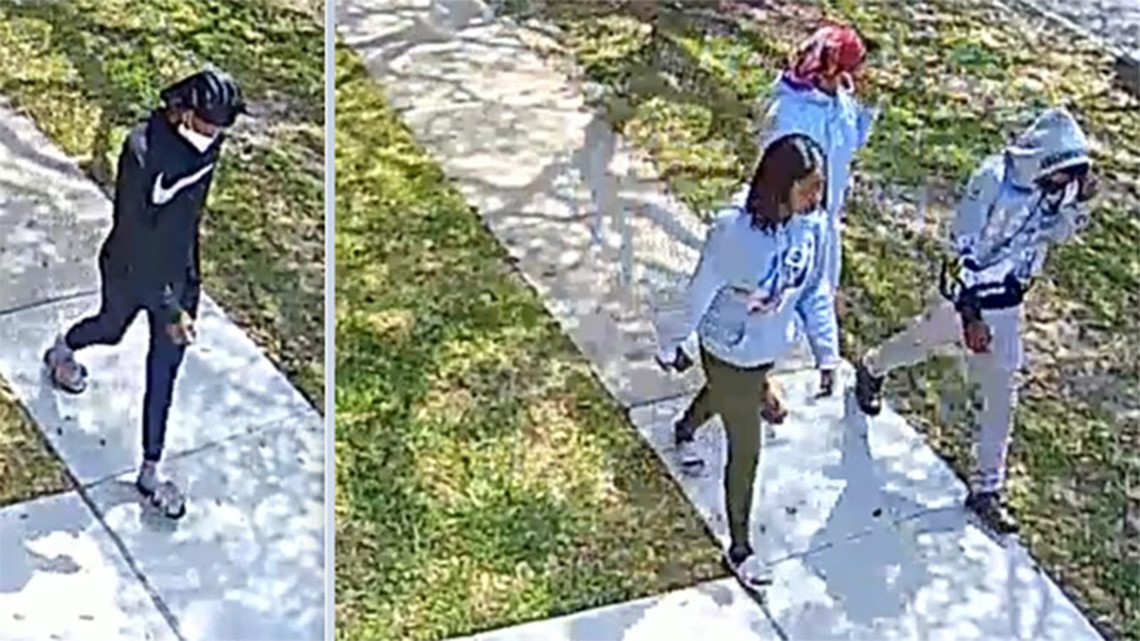 There is also an arrest warrant out for the fourth person. There was no immediate word on the identities of those who were arrested.

NEW ORLEANS — Three juvenile suspects in the deadly carjacking in Mid-City Monday have been arrested after a family member who recognized one of them from a surveillance photo alerted police and surrendered her to authorities, sources tell Eyewitness News.

A warrant is out for the fourth suspect.

The source told Eyewitness News that detectives served at least one search warrant overnight at the home of one of the suspects and found clothes similar to those in the surveillance photos.

Mark Mascar, who stayed with the victim, identified as 73-year-old Linda Frickey, as she was dying, said a police detective told him three of the four suspects have been arrested and there’s a warrant out for the fourth.

There was no immediate word on the identities of those who were arrested but they were said to be juveniles. New Orleans Police are expected to signal a significant update to the story later this morning.

The shocking incident horrified onlookers as Frickey was carjacked, pulled from her vehicle but got stuck as the car drove off. She was dragged for what NOPD Superintendent Shaun Ferguson called a “significant distance” and had her arm detach from her body.

The incident occurred near the intersection of North Cortez and Bienville around 1:30 pm

Neighbors, like Leanne and Mark Mascar, who saw the carjacking ran over to help.

“She was still breathing. She was very slowly breathing,” Leanne Mascar said.

Another witness, Todd Ecker, said he tried to call 9-1-1 for help, but he never reached anyone.

“Unfortunately, the phone rang for four minutes and 45 seconds before I hung up,” Ecker said. He added that another witness eventually got through, but Mascar said it took almost 15 minutes before paramedics arrived.

“She’s still breathing. I can feel a pulse. And the anger was like, ‘Where the hell is the ambulance?’” Mark Mascar said. “I kept hearing loads of cops show up, but no ambulance.”

When an ambulance finally showed up, paramedics pronounced the woman dead. The carjacking has left neighbors stunned.

“It was the most grotesque, surreal, horrific thing I’ve ever seen. Complete acknowledgement. No regard for human life,” Ecker said.

“There is something really wrong when you have to walk outside your house, and that is part of your day – that some woman is getting dragged down the street,” Mascar said.

“It’s Monday at 1 p.m. in the afternoon. Everyone is out getting lunch, not worried about whether or not they’re going to live or not,” Northcott said.

Police later found the woman’s car abandoned about 15 blocks away, on the corner of Dumaine and North Dupre streets in the Bayou St. John neighborhood.

RELATED: ‘One of the most grotesque, surreal, horrific things I’ve ever seen’

RELATED: Bartender was doing his job when a fight outside on the street cost him his life