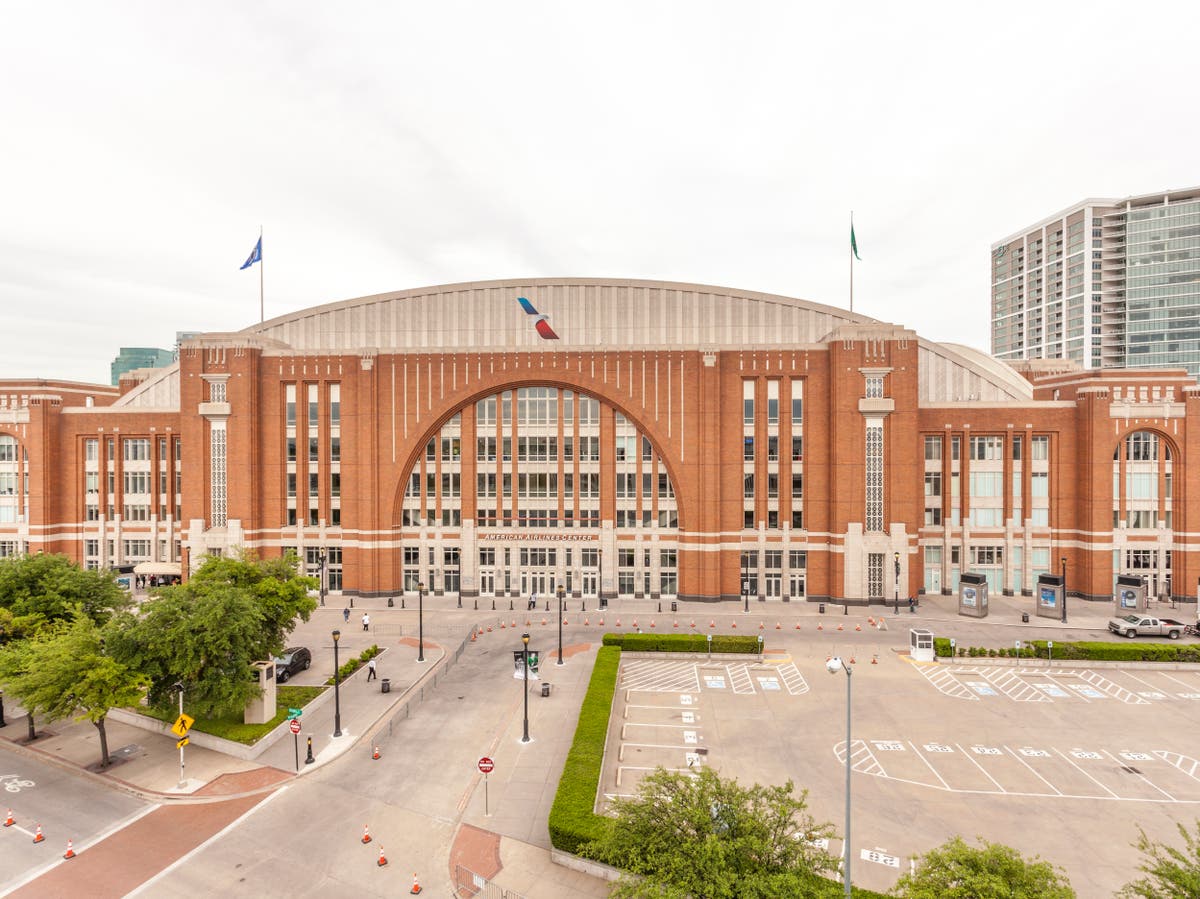 Eight people have been arrested for allegedly trafficking a 15-year-old girl who was snatched from a basketball game and trafficked to another state, as the victim’s family claims that they had to track down their daughter themselves when Dallas police failed to launch an investigation .

The girl, who has not been identified, was kidnapped on April 8 when she went to use the bathroom at the American Airlines Center in Dallas, where she was watching a Dallas Mavericks game with her family.

She was finally found 10 days later around 200 miles away in Oklahoma City after her parents sought the help of the Texas Counter-Trafficking Initiative (TXCTI) to find their missing daughter.

There, they found the girl inside a room with convicted sex offender Kenneth Nelson, according to authorities.

On Friday, Oklahoma police arrested eight people who have since been charged with child trafficking crimes.

According to an affidavit, obtained by KFOR, Ms Gonzales is accused of taking the nude photos of the girl which were posted online and is charged with human trafficking and distribution of child pornography

Ms Hayes and Ms Gonzales are charged with the same counts.

With the teenager now back home, her family is demanding answers from Dallas Police Department as they say they begged officers to open an investigation as soon as she vanished at the game.

Depsite their pleas and the nature of her disappearance, the family’s attorney Zeke Fortenberry said on Friday that the department failed to investigate because of Texas Family Code Laws, which consider missing juveniles as runaways.

Instead, the family claim they had no choice but to turn to the nonprofit to help them find the missing teenager.

In a statement obtained by Fox News, Mr Fortenberry raised questions about the systems used by Dallas Police and the American Airlines Center – and said more could have been done to find the 15-year-old girl sooner.

“The systems and organizations involved in this case continually failed the victim”, the attorney said.

“She should never have had contact with the man at the Mavericks game.

“The Dallas Police should have worked quickly to investigate leads and locate the teenager before she was trafficked to Oklahoma”.

The victim’s father said: “My daughter was missing in Dallas, this is a Dallas case, but they refused to open a case for her.”

Dallas Police told The Independent that, unless there are “involuntary” circumstances, missing juveniles are investigated as runaways.

The statement said that a report was raised and a bulletin about the missing teen sent out to the department on 11 April – three days after her abduction.

“On April 8, 2022, an off-duty Dallas police officer working the Dallas Mavericks game was notified of a missing person at the game. The event and location was searched that evening,” the statement read.

“Texas Family Code (51.03 b. 3) dictates that missing juveniles are investigated as runaways unless there are circumstances which appear as involuntary such as a kidnapping or abduction. Those cases per code are to be filed where the juvenile resides.

“A report was generated by Dallas Police and Dallas Police assisted the North Richland Hills Police Department (lead agency as that was where the teen resided) and a bulletin about the missing teen was created and went out to the department on April 11, 2022” .

The Independent has approached the American Airlines Center for comment.

Meanwhile, the girl’s family said they are grateful to officials in Oklahoma who rescued their daughter from the clutches of the alleged traffickers.

“We are thankful for the work of the Oklahoma City Police Department and the recovery of our daughter,” the girl’s family said in a statement earlier this month.

“My heart breaks for the unimaginable things my daughter had to endure for the 11 days she was taken, and I am so glad she is safe as we work toward her recovery.”