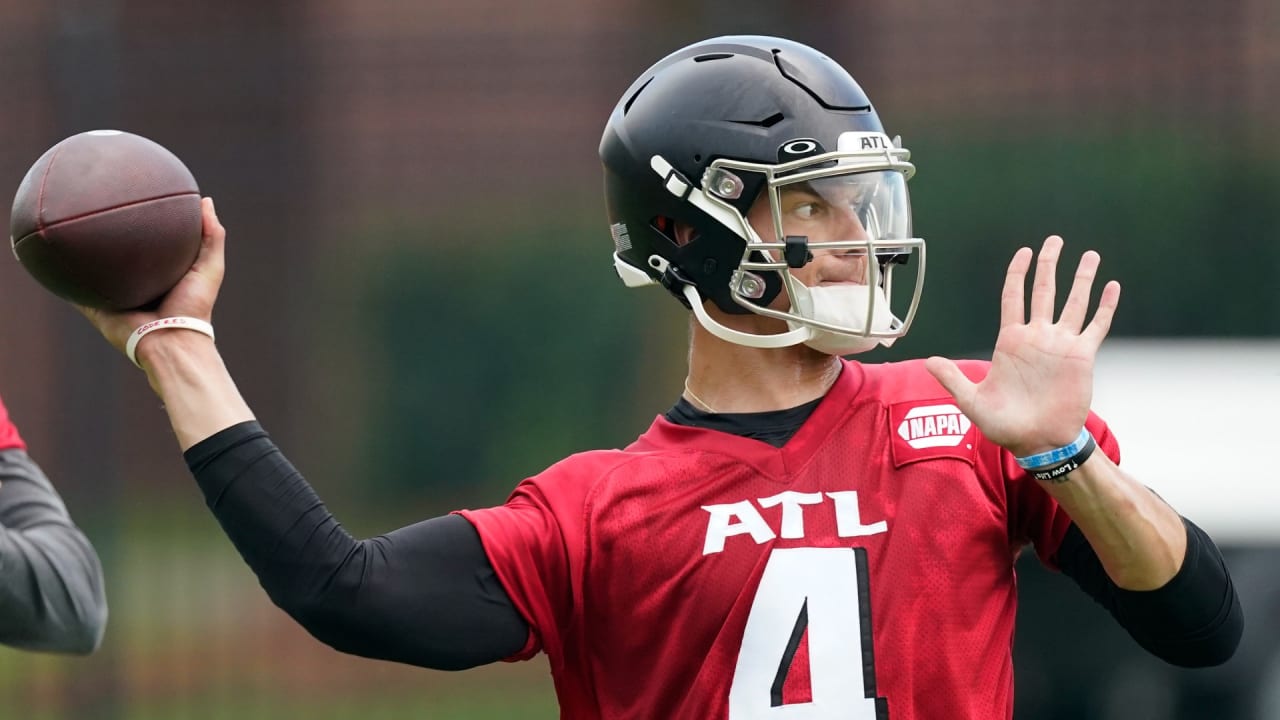 “Behind the scenes, the things that he has done, as a rookie, really from the neck up,” Smith said Wednesday, via the team’s official website. “How he’s operating, when we’re doing the rookie walk-throughs, when we do these installations and on the field, and his command. Then you’re betting on some of the physical things you see at times to catch up. He’s light years ahead of most young quarterbacks, in terms of playing from the neck up. I will give him that compliment.”

The third-round pick out of Cincinnati, Ridder played a ton of football for the Bearcats, gobbling up a 43-6 record as a four-year starter, including getting to the College Football Playoff last year.

All that game-time has helped the rookie’s transition.

“The overall knowledge of the offense — I’m not going to lie, I thought I would come in and struggle a little bit,” Ridder said. “We’re almost all the way through all of our installs and putting in all those checks, and I have a good grasp of it. That surprised me, honestly. I’m not saying I wouldn’t have picked it up, but I thought it might’ve taken a bit longer, a couple of extra days. I’ve been able to pick up on it pretty smoothly.”

After trading Matt Ryan to Indy, the Falcons signed Marcus Mariota as their veteran bridge quarterback before drafting Ridder in the third round. As a mid-round pick, Atlanta can let the rookie learn from the sideline or toss him in the deep end if he’s ready.

Given the praise about picking up the mental aspect — usually the most challenging part of the rookie transition — the first stepping stone has been laid for Ridder leaping Mariota for the starting gig.

It will depend on how training camp goes whether the rookie starts on Day 1. But for the rebuilding Falcons, it’s likely just a matter of time before Ridder gets his shot. If nothing else, Atlanta needs to know if it has truly unearthed its future signal-caller in the third round or will be in the market for another quarterback early in the 2023 draft.

It’s still early in the process, but it’s a good start for Ridder’s chances.

“He’s very smart,” Smith said. “Clearly, he’s got to continue to improve … but behind the scenes, there are things he has done that have impressed me as a rookie.”