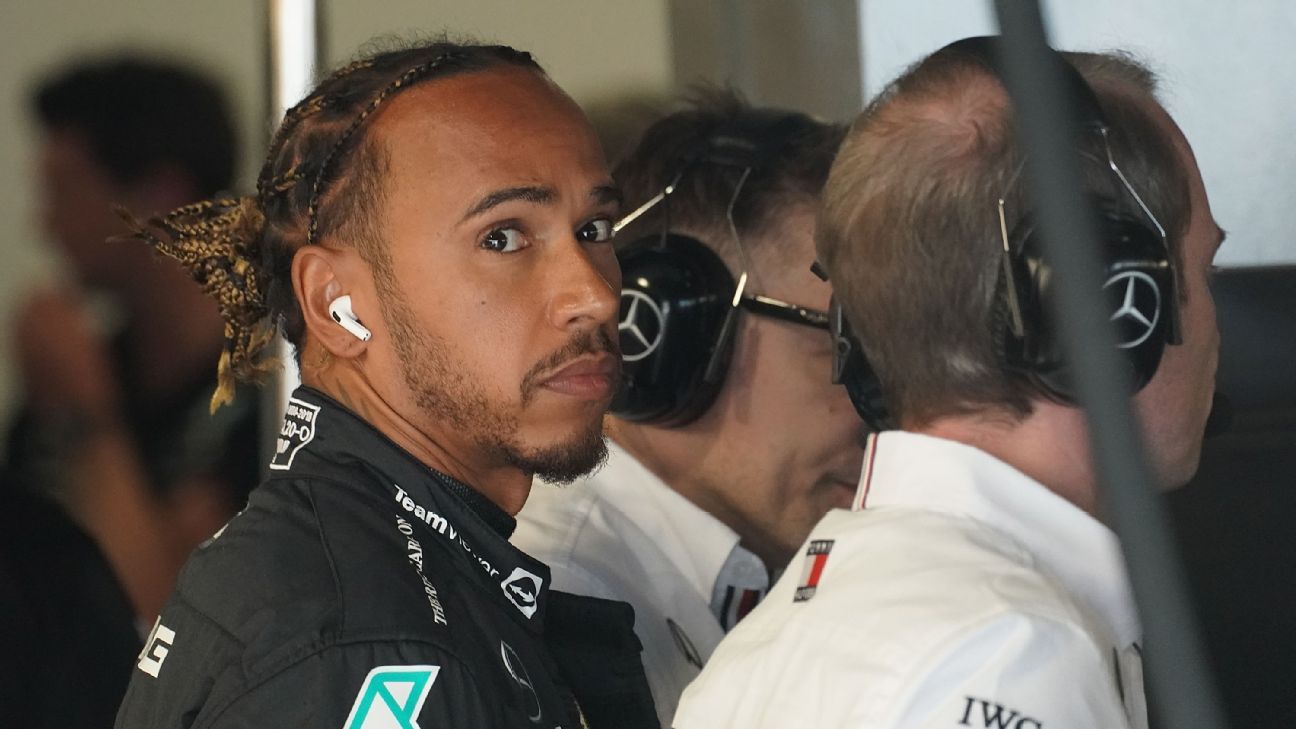 MIAMI – Lewis Hamilton said the late pit stop Mercedes offered him and he declined to take felt like an unnecessary risk as he once again bemoaned the timing of a safety car at the Miami Grand Prix.

Hamilton was relegated behind Mercedes teammate George Russell late on, with Russell able to make a stop for fresh tires under the safety car after a long stint on the hard tire propelled him up the order.

With the safety car still out Hamilton was asked by Mercedes if he wanted to make another stop, to which he replied: “You tell me, man! I don’t want to lose a place to George.”

Hamilton has had a string of bad luck thanks to poorly timed safety cars recently, most famously at last year’s Abu Dhabi Grand Prix when it cost him the championship, but also at races this year in Saudi Arabia and Australia.

On this occasion, Hamilton opted against pitting and Russell later passed him for fifth position thanks to the performance advantage from his fresher tires.

“When you’re out there you don’t have all the information,” Hamilton told media on Sunday evening. “You don’t know where everyone is, where you’ll come out, you don’t have the picture they have on the screen.

“When you’re given the responsibility to make the decision it feels like your gambling and I don’t like that. I was like, ‘you guys make the decision’. Either way, we’ve just been unfortunate with the timing of the safety car today.”

Russell first passed Hamilton through the final sector, but ran wide and gave the position back. Russell’s tire advantage was clear to see and he eased past the seven-time world champion on the following lap.

After Russell got past, Hamilton said “strategy has not been kind to me” in another radio message.

Hamilton was complimentary of Russell’s move and said the race was proof he should have started on the hard tyre, not the medium.

“He did a great job to recover from that position and get the points, fifth and sixth is good points today for the team.”

When asked if he just needed a change in luck, Hamilton said: “Yeah, I’m waiting for it!

“Until then I’ll keep working as hard as I can, working with the team. We got good points as a team today.”