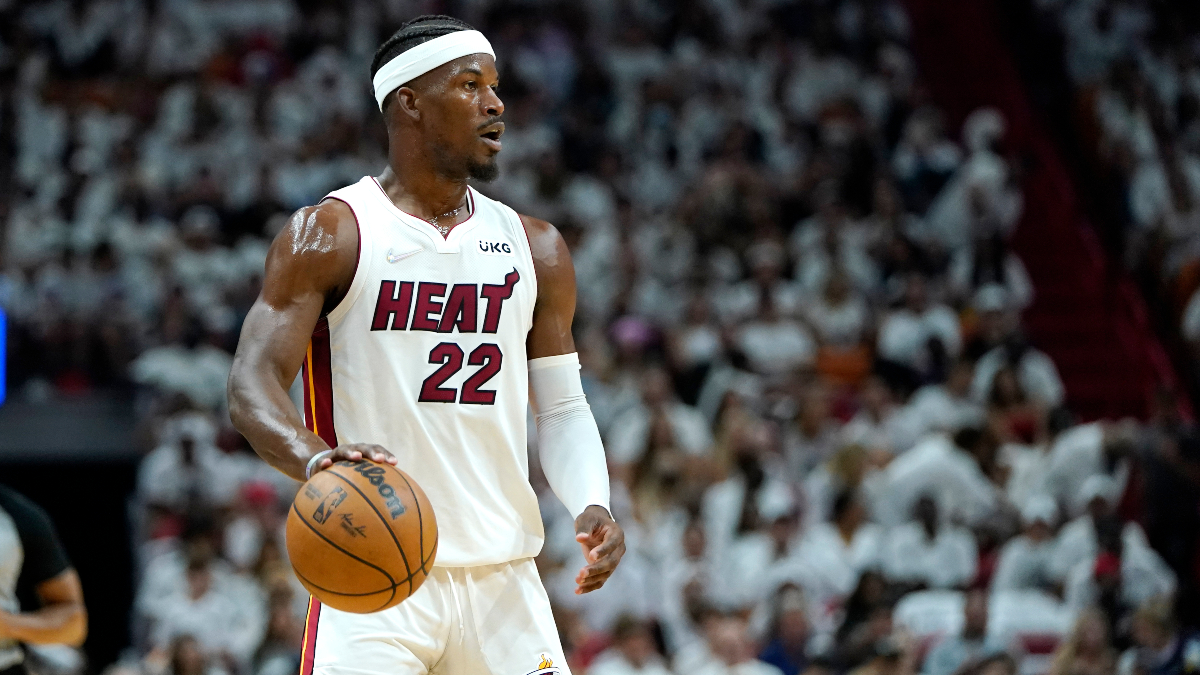 PropBetGuy will break down some of his favorite NBA plays of the day, and will track all his bets in The Action Network app.

With Joel Embiid in the fold for Philadelphia, the Heat-76ers series has taken on a much different tone going into Game 4. The return of the MVP candidate fueled the 76ers to a resounding Game 3 win, and Game 4 will serve as an opportunity to even the series.

For the Heat, I like them to rely heavily on Jimmy Butler tonight. The Miami All-Star has put together yet another strong postseason so far, averaging 40.7 PRA across seven games. This season (including the playoffs), he’s eclipsed this line in 25 of 40 games in which he’s played at least 34 minutes.

Plus, Embiid’s return puts a damper on Bam Adebayo’s potential production. With Kyle Lowry not looking 100% in his return from a hamstring injury, Butler is likely looking at shouldering another heavy offensive load tonight.

Plus, the ever emotional Jimmy Buckets won’t take too kindly to his team being handled in Game 3. I have Butler projected at 39 PRA tonight.

Get all of PropBetGuy’s bets instantly in The Action Network app.

How would you rate this article?