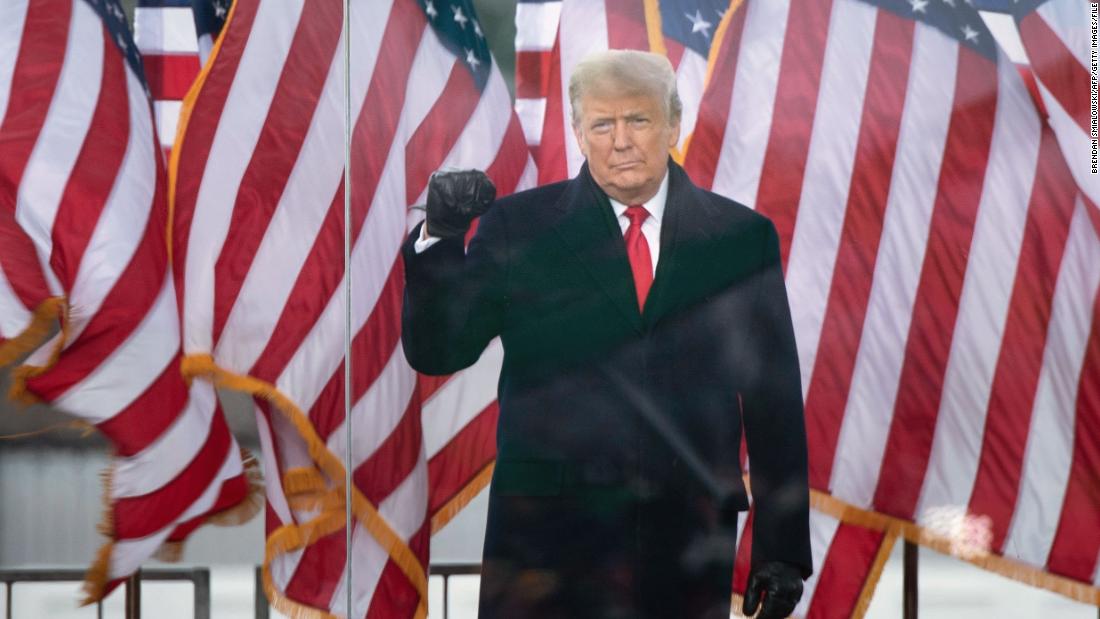 The talks revolve around whether Trump would be able to shield conversations he had while he was president from federal investigators.

In recent weeks, investigators have moved aggressively into Trump’s orbit, subpoenaing top former White House officials, focusing on efforts to overturn the 2020 election and executing searches of lawyers who sought to aid those efforts.

The Trump team’s discussions are with the US attorney’s office in Washington, DC, which is in charge of the investigation, and its top January 6 prosecutor Thomas Windom, the sources said. The conversations have not been previously reported.

At this stage, the conversations are focused mostly on whether any communications that witnesses from the Trump West Wing had with the former President can be kept from a federal criminal grand jury under Trump’s claims of executive privilege, the people said.

The Justice Department has been anticipating a court fight with Trump over executive privilege. The issue has arisen as grand jury subpoenas have been issued to form two former White House counsel’s office officials and to form Vice President Mike Pence’s chief counsel and chief of staff.

Some members of Trump’s legal team have discussed his potential defense strategies on at least two occasions in recent months, according to two sources familiar with the matter, as they brace for new developments in the Justice Department probe and a separate investigation by Georgia officials into his potentially criminal meddling in the state’s 2020 election results. Rolling Stone previously reported that Trump had been briefed.

Trump has grilled his attorneys on whether they actually believe he will face formal charges, sources said. Yet the former President has expressed a heavy dose of skepticism that he will be indicted, one of the sources familiar with the matter said.

Another source close to the former President told CNN that Trump also has asked questions about a potential indictment to members of his inner circle, some of whom believe the President is concerned about the possibility of federal charges.

But one person close to Trump said he is noticeably more engaged when he is chatting with friends and advisers about the 2022 midterms and his possible presidential campaign in 2024 than he has been during briefings on legal strategy.

This person described the former President as dismissive in conversations about his legal troubles, often repeating his “witch hunt” mantra as he claims the various probes he’s facing are plainly driven by political opponents.

A Trump spokesman said in a statement to CNN: “There is clearly a concerted effort to undermine the vital, Constitutionally-rooted Executive and Attorney-Client Privileges through partisan, political persecution.”

“How can any future President ever have private conversations with his attorneys, counselors, and other senior advisors if any such advisor is forced, either during or after the Presidency, in front of an Unselect Committee or other entity, and be forced to reveal those privileged, confidential discussions?” the spokesman said. “President Trump will not be deterred by witch hunts or kangaroo courts from continuing to defend and fight for America, our Constitution, and the Truth.”

Mark Meadows could be a key witness

In recent months, the former President has ignored advice from some of his advisers to avoid speaking with former and current aides who have become entangled in the House select committee’s probe into January 6 and may become part of the criminal investigation, people familiar with the matter told CNN.

Trump has specifically been counseled to cut contact with his former White House chief of staff Mark Meadows, whose actions leading up to and on the day of the US Capitol insurrection have been deeply scrutinized by the House panel, the people said.

Two of Meadows’ former top aides, Cassidy Hutchinson and Alyssa Farah Griffin, also have been highly critical of Trump, with Hutchinson testifying about damaging details about Trump’s actions on January 6 during her public testimony before the House panel in June. Hutchinson is cooperating in the DOJ probe as well.

Some of Trump’s attorneys believe Meadows could also be in investigators’ crosshairs and are concerned he could become a fact witness if he is pushed to cooperate in the Justice Department probe, according to two people familiar with the matter.

In response, Meadows’ attorney George Terwilliger told CNN on Thursday: “All of that is idle and uninformed speculation, apparently by people that know little but talk a lot.”

Former White House attorney Ty Cobb said Meadows is “perfectly positioned to be the John Dean of this mess,” referring to the former Richard Nixon aide who offered crucial public testimony during the Watergate hearings.

“The reason [Meadows] is valuable is also the reason he is in jeopardy: He was basically at Trump’s right hand throughout all these exercises and participated in key meetings and phone calls,” Cobb said.

Yet, according to a source familiar with the relationship, Trump and Meadows have spoken a number of times. Another source close to Trump described their relationship as “not the same as it once was” while they served in the White House, but insisted they still maintained a relationship, even as Trump has complained about Meadows in his recent conversations with other allies.

Meadows has been known to attend fundraisers and events at the former President’s Mar-a-Lago estate in Palm Beach, Florida, where he also helped organize a donor retreat last April for the Conservative Partnership Institute, a group he runs with former Republican Sen. Jim De Mint.

The securing of Trump’s endorsement for US Senate candidate Ted Budd “was the last time Meadows was really around regularly. Since then, he’s never been a big part of the political operation or [Trump’s] thought process,” said a second person close to Trump.

CNN’s Pamela Brown and Zachary Cohen contributed to this report.