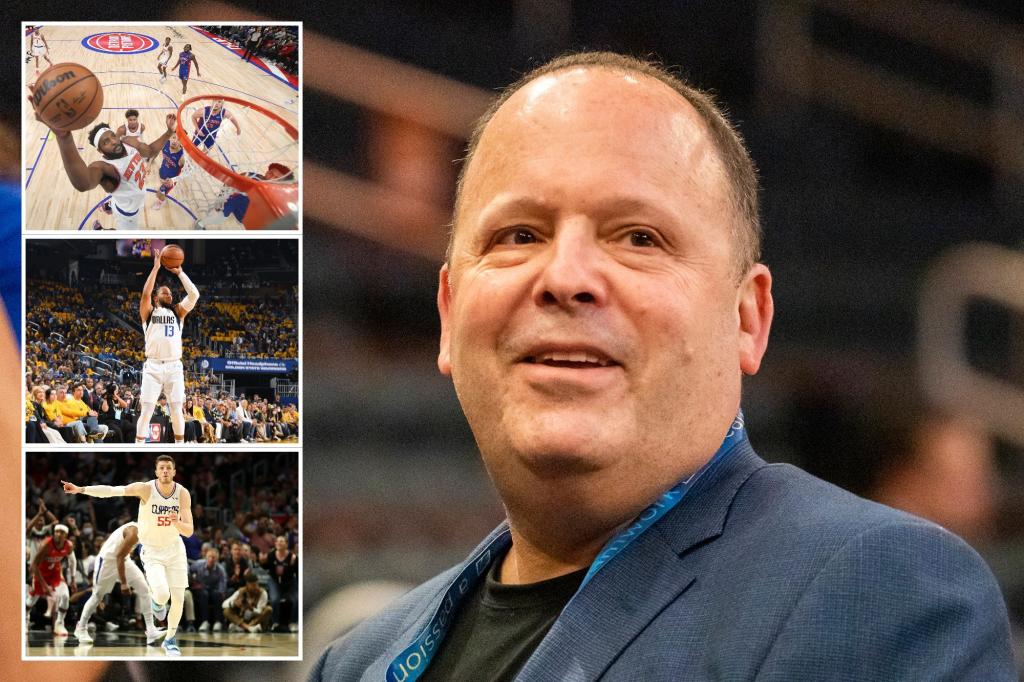 The heavy lifting appears to be over. The Knicks’ offseason looks more or less set, following the signings of Jalen Brunson and Isaiah Hartenstein — and the re-signing of Mitchell Robinson — that leaves them with just the $5.2 room mid-level exception.

The Post’s Zach Braziller offers five thoughts on president Leon Rose’s work up to this point:

The Knicks are better, but how much better? They filled their most pressing need at point guard (Brunson), and added some versatility up front (Hartenstein), but that won’t vault them into serious contention. If all goes right — if Brunson and franchise cornerstone RJ Barrett take steps forward as stars, if the enigmatic Julius Randle rediscovers his 2020-21 form, if Hartenstein explodes with more opportunities, if the role players behind them excel — this is still a team that isn’t among the elite in the Eastern Conference. The loaded Celtics, Heat, 76ers and Bucks remain the teams to beat in the East. The Hawks, following the Dejounte Murray trade, and the improving Cavaliers are both better on paper. And the Kevin Durant sweepstakes could vault someone else into the upper echelon mix, such as the Raptors. Make no mistake, the Knicks should be more competitive. A spot in the play-in round is very realistic. But anything beyond the seven-seed would be stunning for this roster as currently constituted.

Two years after he was one of the best players in the NBA, Randle will be asked to make major adjustments. He will be playing with the ball less, which could curtail his production. A playmaker like Brunson could free up Randle, but it will also mean a new way of playing for the bruising forward, who is used to creating albeit with a high turnover rate. There is also the question of spacing, since Brunson, Randle and Barrett all excel beneath the 3-point line, and non-shooting center Mitchell Robinson clogs the paint as well.

The Knicks traded away their top 3-point shooter by percentage in Alec Burks to create enough salary cap space to land Brunson, and this is a team that was 13th in the league in 3-point shooting percentage a year ago. Brunson, a career 37.3 percent shooter who can create open looks for his teammates, obviously helps. But the Knicks will need more out of young players Quentin Grimes and Cam Reddish, provided Reddish remains with the team, and they should get more chances to perform. Immanuel Quickley, who likely will play effectively off the ball next year, saw his shooting percentage fall from 38.9 percent to 34.6. So improvement from him isn’t a crazy ask. It may be a necessity for the Knicks.

I’ve noticed a lot of criticism of this move, that the Knicks are overpaying for a good — but not a great — player. That Brunson, who agreed to a four-year, $104 million deal on Thursday night, doesn’t make them a title contender. That he isn’t a top-five point guard in the league. I’m not here to disagree with any of those ideas. But what he does is make this team better. He likely vaults them into the play-in tournament. There is this notion that unless the Knicks are adding a superstar, what’s the point? Well, unless you’ve been in a coma for years, you understand the NBA is run by stars. They decide where they play, whatever their contract status is. I think Barrett can be a No. 2 on a title contender and Brunson can be a No. 3. The way to land a No. 1 is by making yourself more attractive, by creating a winning culture, and you do that by adding good players. That’s Jalen Brunson. He makes the Knicks better. Maybe his postseason breakout, in which he averaged 21.6 points over 18 games, was a sign of a young player ready to really emerge. Either way, as ESPN analyst Jeff Van Gundy told me, “he is a player of significance in the NBA,” The Knicks need as many of those guys as possible.

The Knicks could use another wing after dealing away Burks and Barrett is now eligible for a rookie max contract. That is the activity I can see happening to cap off the offseason. Players in Barrett’s class—Zion Williamson, Ja Morant and Darius Garland—have reportedly agreed to rookie max extensions. The ever-improving Barrett could receive a deal up to $185 million over five years. As for the wing position, right now the Knicks have Barrett, Reddish and little else. A veteran is needed. Injury-plagued scorer TJ Warren, one of the top unsigned players on the free-agent market who appeared in just four games last year for the Pacers due to a stress fracture in his left foot, could be a worthwhile gamble.