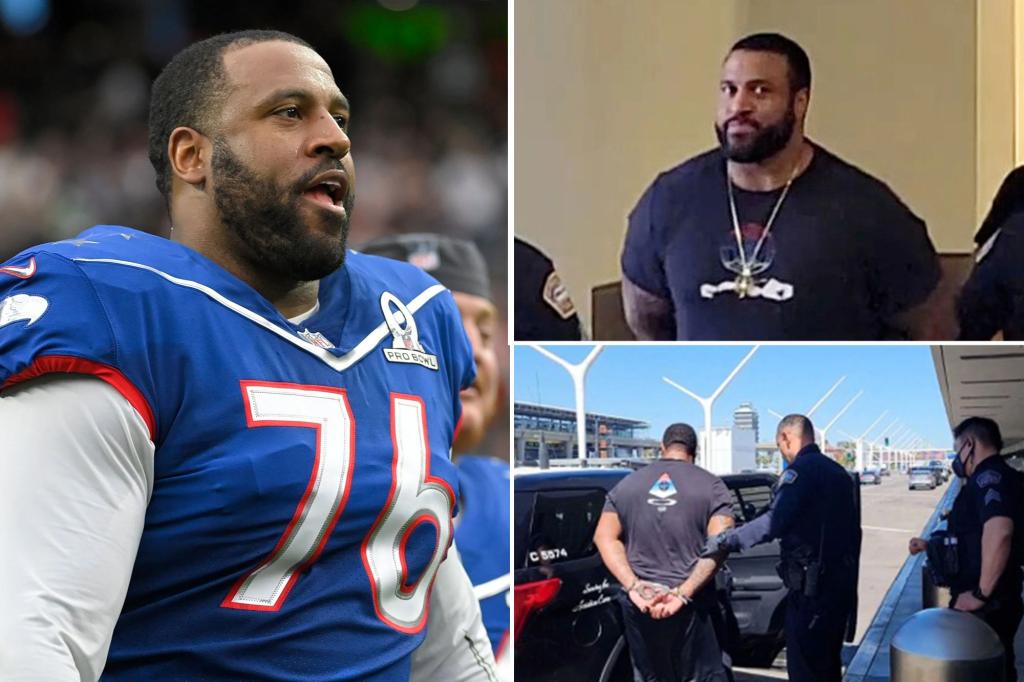 Airport officials confirmed to ABC News that the 6’4”, 300-plus pound free-agent lineman allegedly had a concealed gun on him while going through security screening at Terminal 6.

Brown, a five-time Pro-Bowler, who dubbed “one of the best left tackles in the game,” by former teammate Russell Wilson, was busted around 2 pm after he tried to go through the security checkpoint with a gun in his luggage , according to TMZ Sports, which first reported the arrest.

Photos show Brown, 36, being escorted out of the airport by police in handcuffs.

He is reportedly being charged with possession of a concealed firearm, according to TMZ.

Brown, a Virginia Tech alum, spent his first 10 seasons with the Houston Texans before playing the last five with the Seahawks. He became a free agent after last season, during which he made the Pro Bowl.

Seahawks head coach Pete Carroll told reporters earlier this year that the team was still in talks with Brown. Seattle General manager John Schneider said that Brown may be waiting until training camp starts to negotiate a deal.