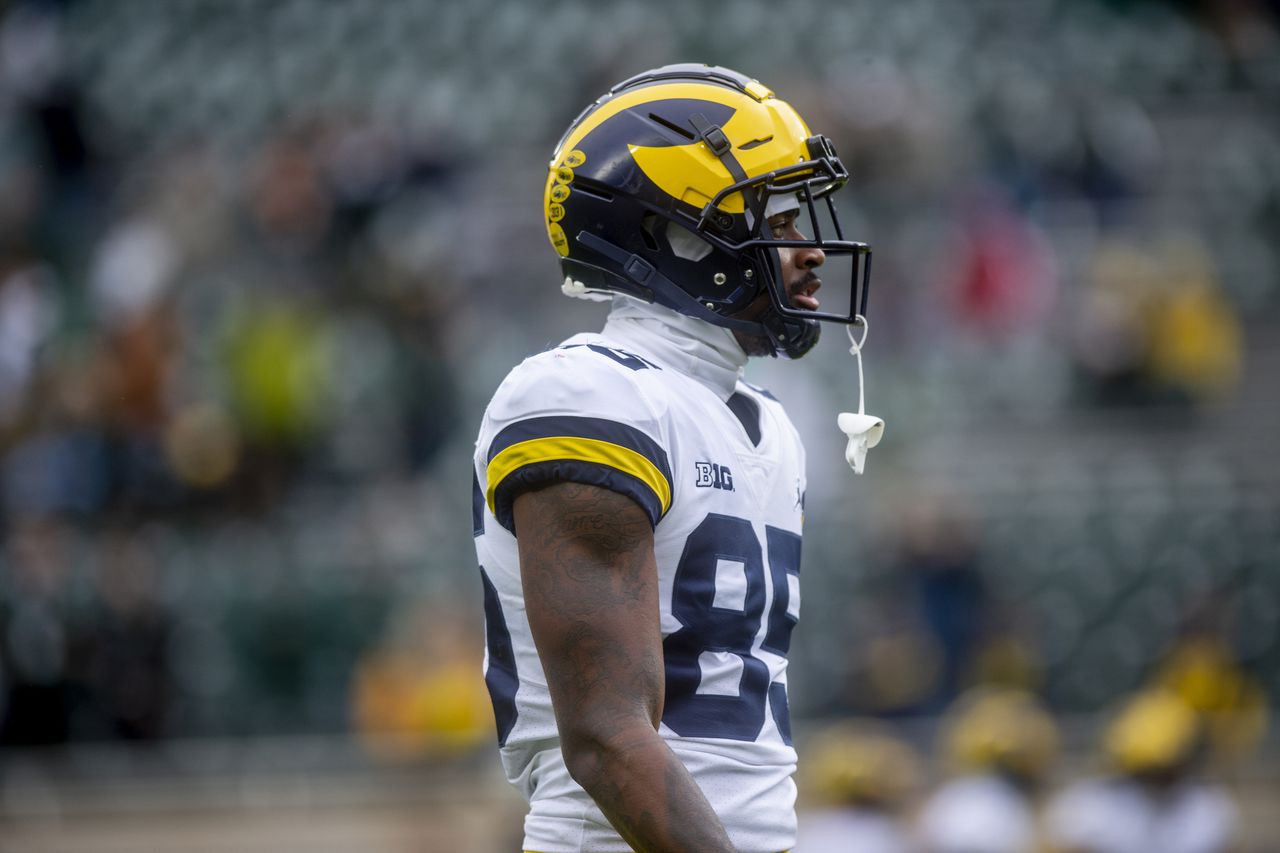 Add another to the list of former Michigan players to sign with an NFL team as an undrafted free agent.

Receiver Daylen Baldwin is the sixth, reaching a deal with the New York Giants on Sunday.

The 6-foot-2, 219-pound Southfield native finished sixth on the Wolverines with 265 receiving yards on 17 receptions in 2021 and did not receive an invite to the NFL Scouting Combine, but he possesses a prototypical build for an NFL receiver.

After beginning his college career at Morgan State, he transferred to Jackson State and played one season for NFL Hall of Famer Deion Sanders. Baldwin had 27 receptions for 540 yards and seven touchdowns in six games before entering the NCAA transfer portal once again.

He received several offers from Power Five programs, including Ohio State, but chose to play for Jim Harbaugh and the Wolverines in 2021.

Baldwin, who ran a 4.65-second 40-yard dash at the Wolverines’ pro day in March, finished fourth among Michigan receivers in offensive snaps in 2021 and saw his playing time increase toward the end of the season. He played at least 35 snaps in each of the team’s last five games but caught just five passes in that span, including four against Maryland in Week 12.

Michigan’s David Ojabo reunites with familiar faces in Baltimore: ‘It’s meant to be’