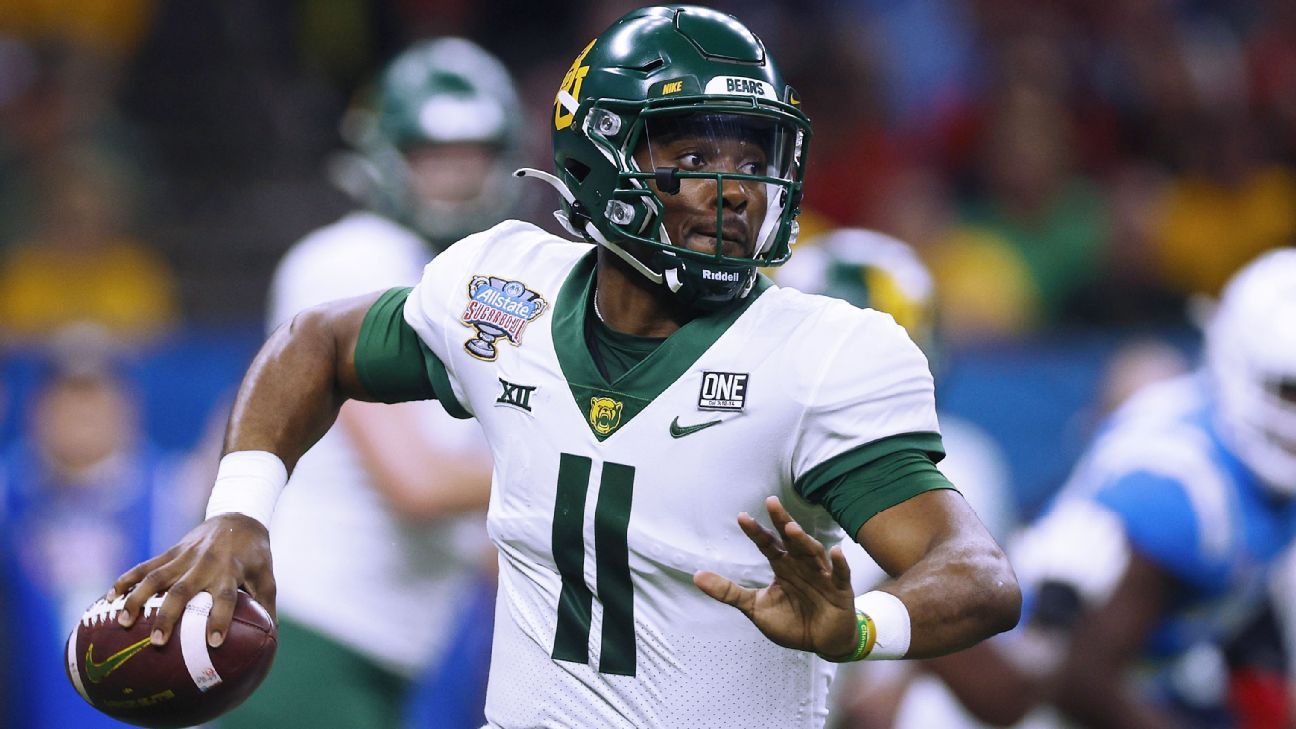 Bohanon announced on Sunday that he’s transferring to South Florida, where he’ll be favored to start next season and has two seasons of eligibility remaining. It marks a huge pickup for coach Jeff Scott as he enters his third season as USF’s head coach.

Bohanon also took a visit to Missouri since announcing his transfer from Baylor. He told ESPN he also considered BYU, Georgia Tech, Liberty and Oklahoma. Bohanon was one of the breakout stars of the 2021 football season, as he went 10-2 as a Baylor starter, leading the Bears amid a star-kissed season that included a Big 12 title and Sugar Bowl win.

Bohanon’s entry into the NCAA transfer portal was a surprise, the byproduct of a classy move by Baylor coach Dave Aranda. Bohanon got beaten out for the starting job this spring by reserve quarterback Blake Shapen. Aranda told Bohanon he’d be the backup in 2022, and by alerting him, Aranda gave Bohanon the option to enter the portal and attempt to find a starting job in his fifth season in college.

Bohanon will have two seasons of eligibility remaining because of the extra year granted to all players from the pandemic season of 2020. Bohanon made his decision soon after returning from his weekend visit to USF.

“This is the place for me and I loved every minute of my time there,” Bohanon told ESPN. “I’m excited about this team and this staff and I’m ready to compete.”

USF returns last year’s primary quarterback Timmy McClain, who as a true freshman played in 11 games and finished with more interceptions (7) than touchdowns (5).

Bohanon won the starting job at Baylor last season and threw for 18 touchdown passes and rushed for nine more, earning Honorable Mention All-Big 12 honors. His 27 touchdowns accounted for were second among Big 12 quarterbacks.

Bohanon led Baylor to win over three ranked teams in the regular season in 2021 — No. 4 Oklahoma and star freshman Caleb Williams, No. 14 Iowa State and No. 19 BYU. He also led Baylor to a 21-7 victory over No. 8 Ole Miss in the Allstate Sugar Bowl.

He missed the Big 12 title game against Oklahoma State and the regular-season finale against Texas Tech with a hamstring injury.

Bohanon will be tested immediately if he wins the starting job, as USF hosts BYU and Howard and travels to Florida and Louisville in the nonconference part of the schedule.