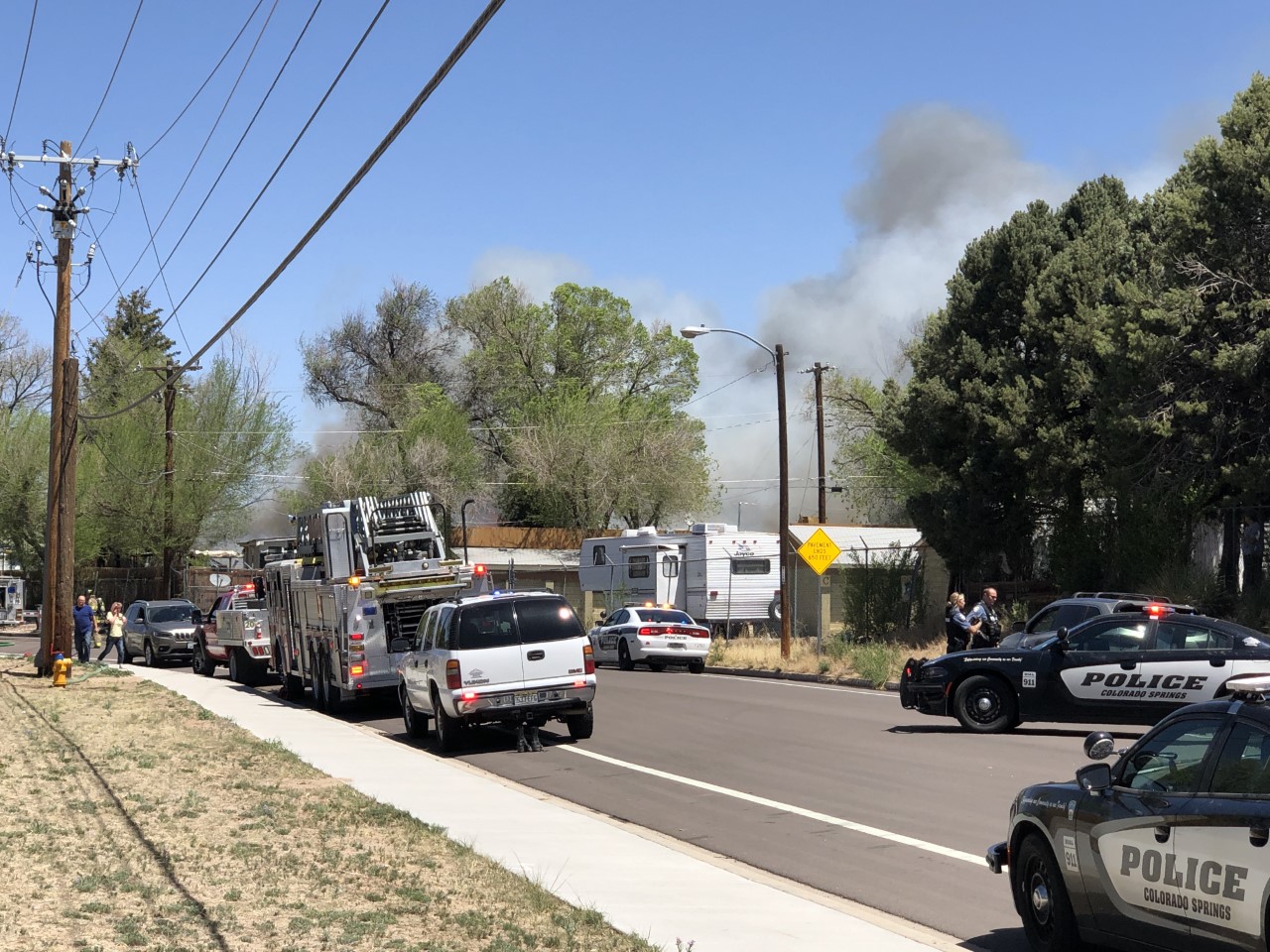 UPDATE: Per the Colorado Springs Police Department, the evacuation for Skylark Mobile Home Park remains in effect at least overnight.

UPDATE: In an update on Thursday afternoon, CSFD confirmed eight mobile homes are “a total loss” due to a fire.

They said they do not know a cause on this fire nor have they pinpointed where it originated. CSFD said the fire is totally contained as of 2:30 pm Crews will remain in the area to monitor for hotspots, no word on when people will be allowed back in to the mobile home park.

COLORADO SPRINGS — The Colorado Springs Fire Department has issued an evacuation order for people who live in the Skylark Mobile Home Park at 3831 Cascade Avenue.

“Everyone in this area is ordered to evacuate immediately,” CSFD said in an alert on Thursday.

Evacuees are being sent to Grace Baptist Church (3500 N Nevada).

There is a separate evacuation happening now on the city’s east side, also due to a grassfire.

This article will be updated.