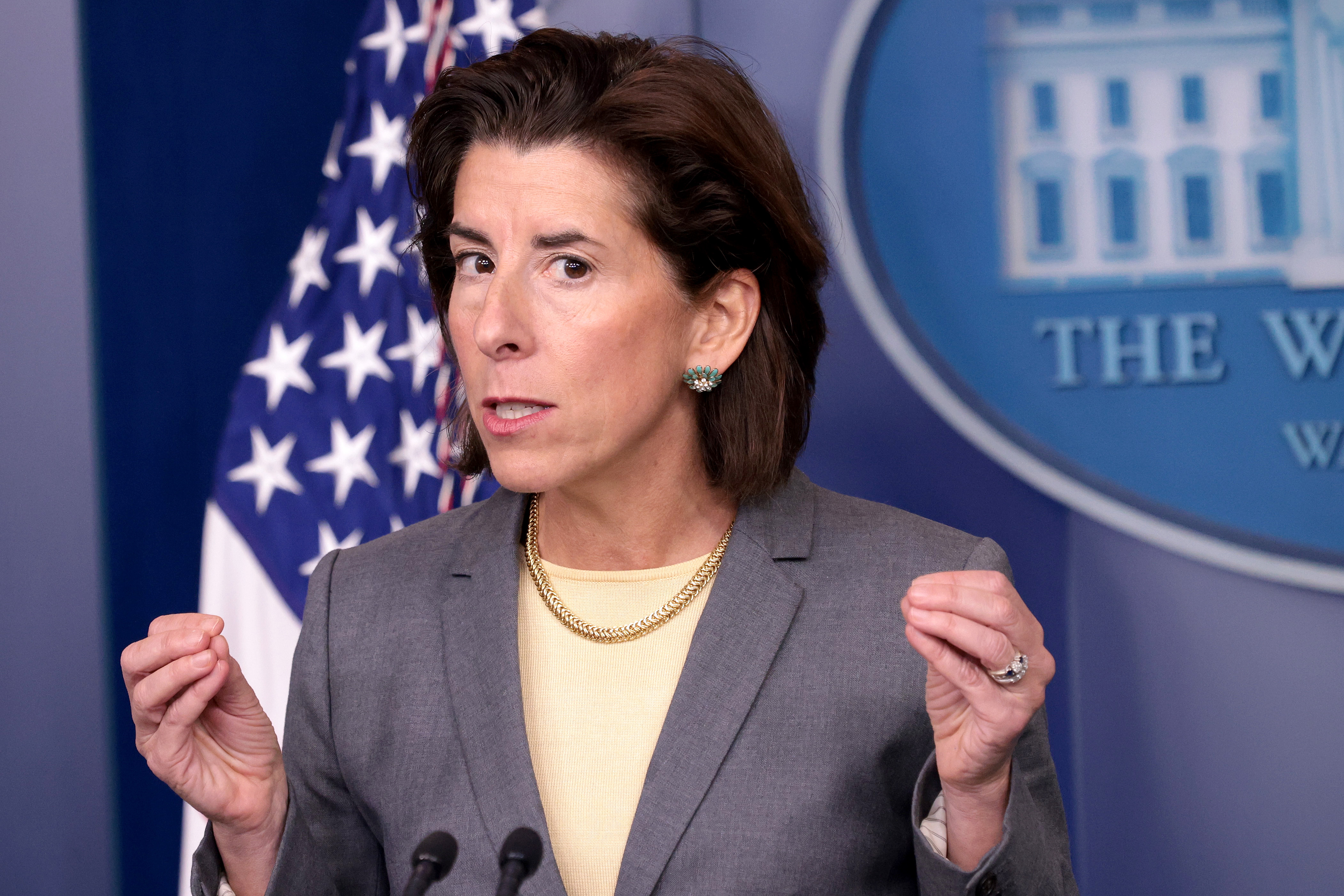 The origins of the wave are unclear. But signs point to a few events that have likely contributed to the spread. Raimondo’s announcement, for one, comes days after she was a featured speaker at the annual Gridiron Club dinner in Washington, DC, an event that saw a who’s who of Beltway officials and journalists in attendance.

Democratic Reps. Adam Schiff (Calif.) and Joaquin Castro (Texas) announced Tuesday that they had contracted Covid after attending the dinner Saturday night as well. Both Reps. Katherine Clark (D-Mass.) and Scott Peters (D-Cali.) announced on Wednesday that they, too, had tested positive, though neither attended the dinner.

Those are just the individuals who have announced. Privately, a number of members of the press corps have also come down with Covid after attending the festivities — sparking industry-wide chatter about the evening rising to a quasi super-spreader event and raising questions about whether the White House Correspondents Association dinner will actually go on as planned in a few weeks.

According to an invitation to the Gridiron Club dinner, attendees needed to “bring a picture ID and vaccine documents either on paper, in pictures on phones or through Apps like Bindle or Clear.” But attendees said they weren’t always checked. There was also no requirement to take a test to attend the ceremony. There is a testing requirement for the WHCA dinner, but unlike the Gridiron, it does not have a vaccine requirement — at least not yet.

The Gridiron dinner, which President Joe Biden skipped, does not, however, appear to be the lone case of DC bureaucrats and political reporters congregating together and spreading around the virus.

As reported by Politico’s Leah Nylen, a number of individuals who attended a prominent antitrust conference in Brussels last week also came down with Covid. That list includes Assistant Attorney General for Antitrust Jonathan Kanter. Additionally, a number of reporters who attended a going-away party for National Security Council spokesperson Emily Horne have tested positive for Covid. POLITICO had several reporters there, as well as at the Gridiron. All told, a number of media members who attended these events have in recent days tested positive for Covid or reported not feeling well.

Whether through these events or elsewhere, the White House appears to have had a string of particularly hard luck with Covid. In late March, Press Secretary Jen Psaki came down with the virus for the second time, though has since returned to work. Her deputy, Karine Jean-Pierre, later tested positive. And a White House official confirmed that other employees were also getting the virus. The official said that was to be expected considering the BA.2 variant was creating a new wave of infections.

The official added that the administration felt confident it would not be disruptive, in part because staff was almost universally vaccinated, and the symptoms had been largely mild for those who caught Covid. The White House has stringent protocols to keep principals safe, including screening testing, offering vaccinations and boosters, and robust contact tracing to determine close contacts.

Raimondo, for her part, will continue to work from home while isolating for a five-day period after an at-home antigen test returned a positive result, her office said.

The secretary has been vaccinated and received a booster shot. In a statement, her office said “she is confident that the vaccine has prevented her from experiencing more significant symptoms.”

Garland, who is fully vaccinated and boosted, is not yet experiencing symptoms but asked that he be tested after potential exposure. He will also work from home until he tests negative for the virus.