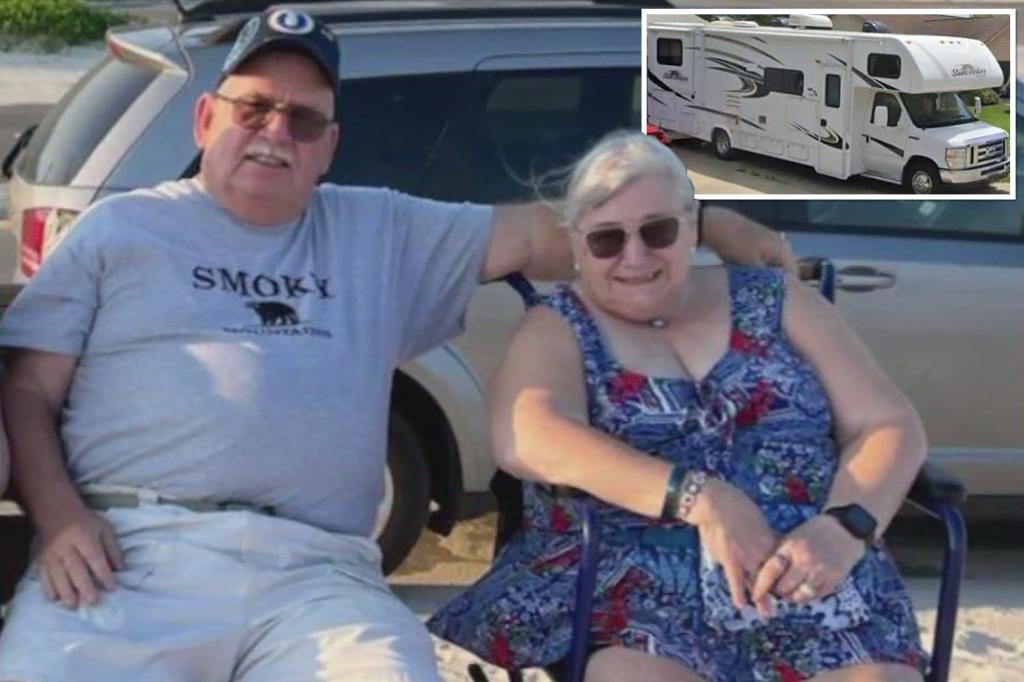 An elderly Indiana couple has vanished without a trace while driving their RV through the Nevada desert, authorities said.

Ronnie Barker, 72, and his 69-year-old wife, Beverly, haven’t been seen or heard from since March 27 when they were driving along Highway 95 in western Nevada.

“They have vanished, literally, into thin air,” their daughter, Jennifer Whaley, told WTHR.

The couple, who were set to return to their home in Indianapolis this week, had set off on a cross-country road trip last month and were en route to meet friends in Tucson, Arizona, when they disappeared.

Their daughter said they never called their friends in Tucson to tell them they wouldn’t be coming.

“The thought of them not calling anybody, it’s not them,” Whaley said. “They would have called and when they fall off the face of the Earth, there’s a problem.”

The Barkers’ RV was last captured on a surveillance camera along the Nevada highway near Luning, about 150 miles southeast of Reno, at about 6:05 pm

The last recorded pings from the couple’s cellphones were picked up in nearby Coledale a short time later.

Relatives said there hasn’t been any activity on their credit cards since they were last seen.

Authorities searching for the couple said they both have diabetes and require medication.

They are traveling in a white 2015 Sunseeker RV with the Indiana plate C128H and are towing a 2020 white Kia Soul, authorities said.