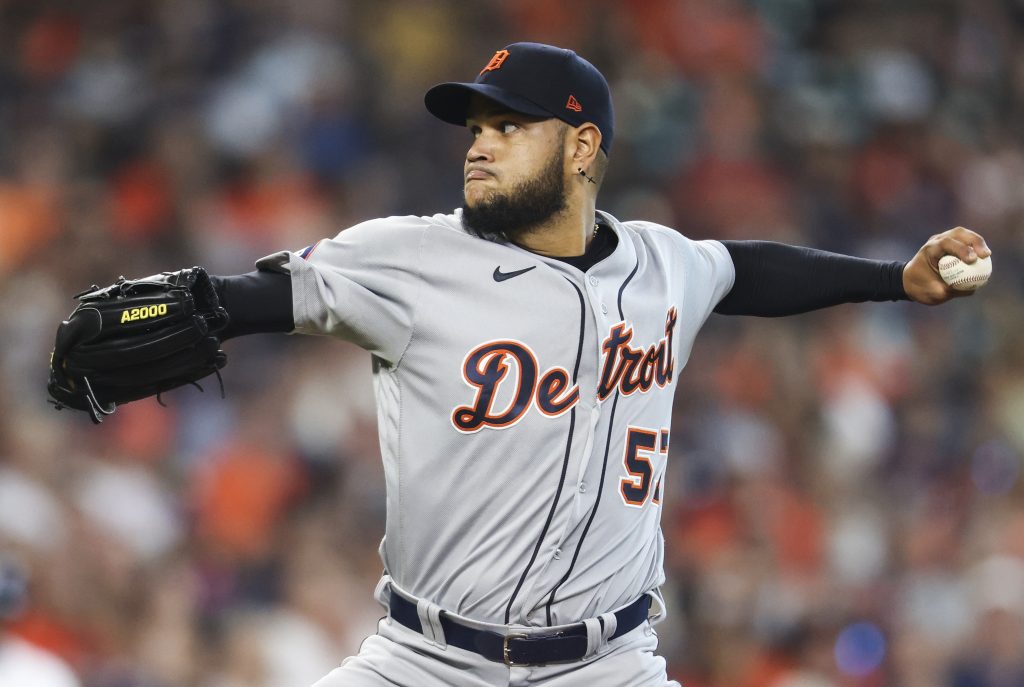 3:19PM: Rodriguez left the game due to discomfort in his left side, Tigers manager AJ Hinch told reporters (including MLive’s Evan Woodbery). The left-hander is likely to require an injured list placement.

1:57PM: Eduardo Rodríguez lasted just one-third of an inning in today’s start against the Rays, and left the game after a mound visit from the Tigers’ team trainer. Rodriguez was clearly off his game, allowing four singles and a walk before recording his only out of the afternoon.

After issuing another walk, the left-hander then indicated towards the Tigers’ dugout, which prompted the mound visit and Rodriguez’s departure after only 23 pitches. Only two of those pitches hit the 90mph threshold, as E-Rod’s fastball velocity was a few miles below his 92mph average.

There hasn’t yet been an update on Rodriguez’s condition, but pitching injuries have unfortunately become far too common for the Tigers this season. Matt Manning, Casey Mize, Michael Pinedaand Tyler Alexander have all hit the injured list since Opening Day, resulting in Beautiful Brieske, Alex Faedoand Joey Wentz all being called up to make their Major League debuts. If Rodriguez might now also be facing an IL visit, swingman Wily Peralta is probably the likeliest candidate to step into regular rotation work.

One of the major additions of a busy offseason for Detroit, Rodriguez signed a five-year, $77MM free agent contract in November, with the Tigers eyeing the southpaw as a veteran cornerstone for its young rotation. After a slow start, Rodriguez looked to be putting things together over his last two outings, with just one run allowed in 13 1/3 innings prior to today’s abbreviated start.