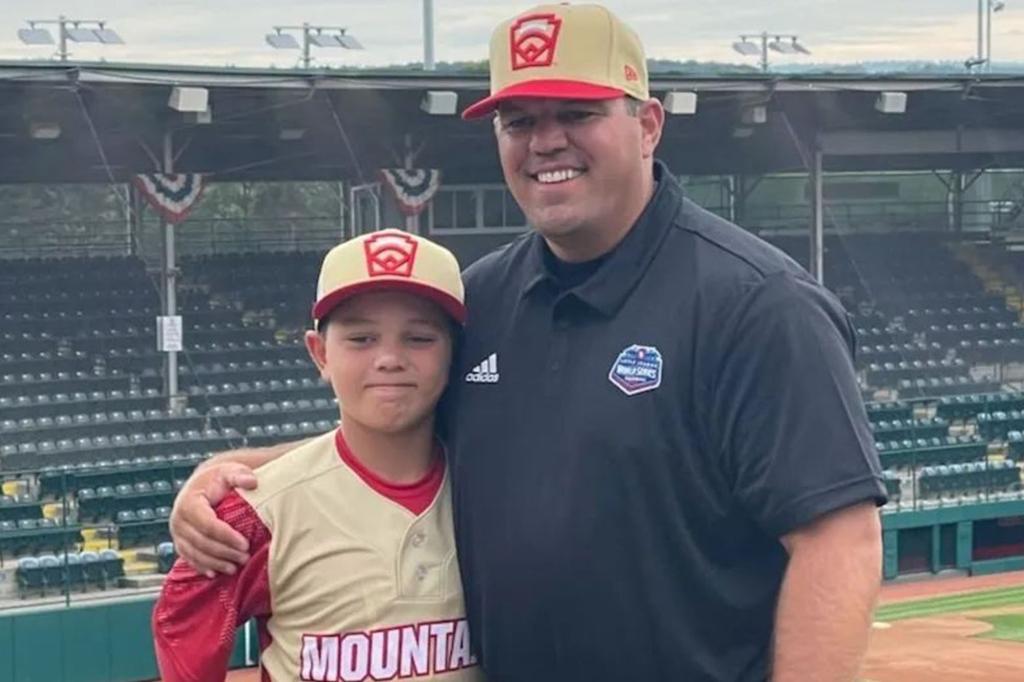 Easton Oliverson — the Little League World Series player who is in a medically induced coma following emergency surgery after he hit his head falling from a bunk bed in Williamsport, Pa. — is making progress in his recovery.

The 12-year-old baseball player on the Snow Canyon team out of Santa Clara, Utah, is no longer using a breathing tube, which is a “big step,” according to a Tuesday post on a Facebook page providing official updates on his recovery. The results from his MRI scan came out “very promising.”

Easton fractured his skull Sunday night after falling from his bunk bed inside the Pennsylvania barracks where he and his team were staying. Easton was airlifted to a local children’s hospital, where he underwent surgery to stop bleeding around his brain caused by a punctured artery.

“Just 36 hours ago, Easton was 30 minutes from passing away. Now 36 hours later, he has a team of Trauma 1 doctors who are in absolute awe of his tremendous progress,” Easton’s father, Jace, shared with the Facebook page.

Jace Oliverson said doctors were able to remove an epidural hematoma and stop the bleeding during the operation.

“His pupils were extremely dilated but with the piece of skull removed and hematoma removed and the bleeding being stopped they’ve come back down and seem to be functioning normally. It is now a waiting game neurologically,” he shared on the Facebook page.

On Tuesday, the Facebook page said a friend of Easton’s was able to speak with him on the phone, and when he asked Easton to give a thumbs up, he was able to do so with both hands.

“We are so grateful for these little miracles,” the page organizers wrote.