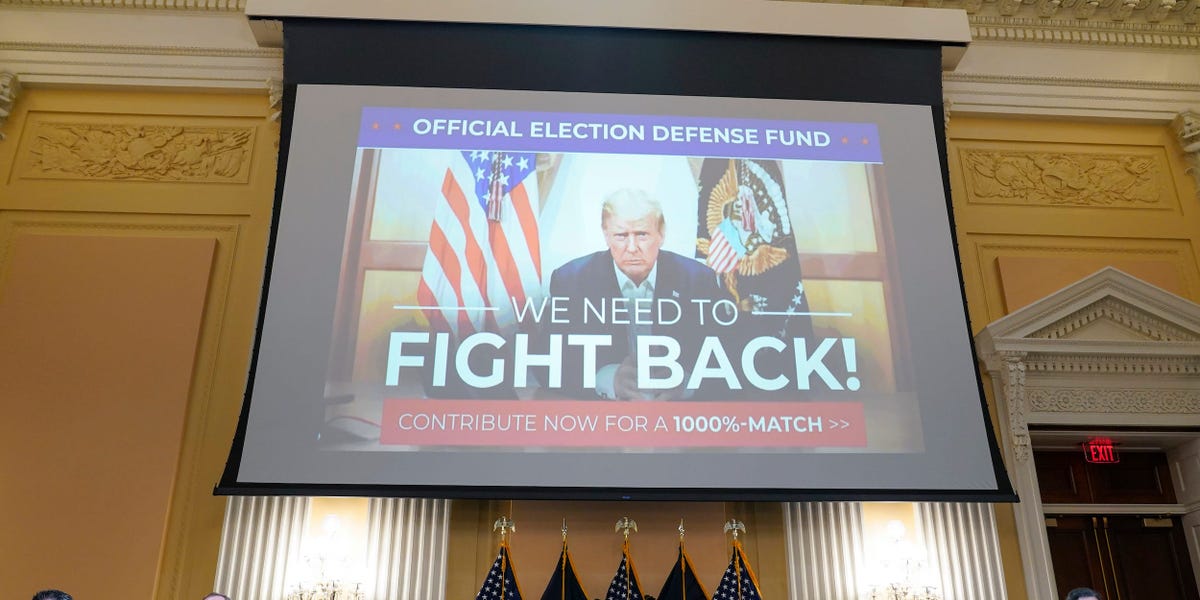 The Justice Department expanded its investigation into the Capitol riots after issuing subpoenas to a would-be Trump elector in Georgia and a Trump campaign official who worked in Arizona and New Mexico, The Washington Post and The New York Times reported Wednesday.

Arizona, Georgia, and New Mexico are among the seven battleground states where a failed effort to overturn the election took place by appointing pro-Trump electors.

FBI officials confirmed to The Post that agents conducted “court-authorized law enforcement activity” at home addresses appearing to belong to Brad Carver, a Georgia lawyer who reportedly claimed on an official document to be one of Trump’s “fake” electors; and Thomas Lane, who worked on the Trump campaign in Arizona and New Mexico.

Sean Flynn, who was a Trump campaign aide in Michigan, and David Shafer, chairman of the Georgia Republican Party, were also issued subpoenas, according to The Times report and CNN.

While it was not immediately clear what information the DOJ hopes to obtain via the subpoenas, the targets of the subpoenas suggested that the department is expanding its investigative efforts into the false elector scheme.

Federal investigators previously interviewed people in the Trump and Republican orbit who allegedly knew of the elector plot, as well as some of the 15 electors who were supposed to be Trump electors but were replaced on the day of the electoral college vote, according to The Post .

In March 2021, American Oversight, a DC-based watchdog group, obtained phony electoral certificates of pro-Trump electors in seven battleground states — Arizona, Georgia, Michigan, Nevada, New Mexico, Pennsylvania, and Wisconsin — in a failed attempt to falsify that Trump won the majority of votes in the state in the 2020 election.

The fake certificates were assembled by groups of Trump supporters in the seven states in an unsuccessful bid to replace the legitimate electors who had been chosen by voters, according to American Oversight.

The developments in the Justice Department’s investigation come ahead of another hearing on Thursday by the January 6 House panel, during which former DOJ officials are slated to testify.