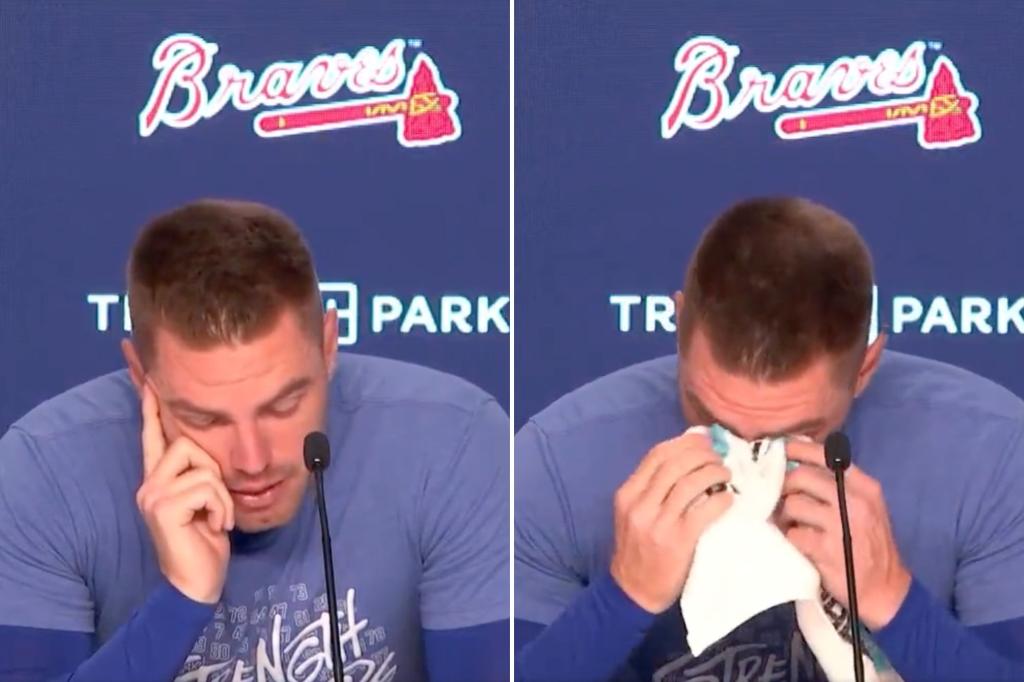 Before Freddie Freeman’s return-to-Atlanta tour could even start, the superstar first baseman needed a few seconds.

Freeman lapped around the room with his head down before settling into his seat at a press conference shortly before his current team, the Dodgers, faced the Braves — the team that drafted him in 2007 and with whom he won the 2021 World Series.

Through tears, the Dodgers infielder detailed to a room full of reporters his time with the Braves. About how much sacrifice he put in. About his wrist injuries throughout his career. But most importantly, about what the World Series he won means to him.

“For me, that World Series ring is more than a ring,” Freeman said while sobbing. “I think when you’re a kid all you dream about is making it to the big leagues, that’s everyone’s dream.

“When you’re lucky and blessed enough to stay, your whole mindset changes. All you want to do is win. Because no kid thinks about a World Series, they just think about ‘I want to be in the big leagues.’”

Freeman, who gave 12 years of service to the Braves while playing in the “big leagues,” made the All-Star team five times with Atlanta. In 2020, he won National League MVP. And just a year later, he reached the peak of baseball, winning a championship for a team he dedicated over a decade to.

“We went through a lot of ups and downs in my 12 years and we reached the pinnacle last year of winning it all,” Freeman said. “That ring is just not a ring to me.”

The long road was not lost on Braves fans, who gave him a standing ovation before the game at Truist Park.

The former Braves first baseman fought to stay with the Braves but couldn’t land on a contract this past offseason. Atlanta eventually opted for Matt Olson to play at first, which effectively ended Freeman’s time with the Braves.

He eventually signed with the Dodgers, his hometown team.

With Los Angeles, Freeman has been the highly effective batter he normally is, hitting a .303 batting average so far this season. But no matter where he plays, Freeman will always have Atlanta close to his heart.

“It’s hard to put into words,” Freeman said. “Just happy to be back.”