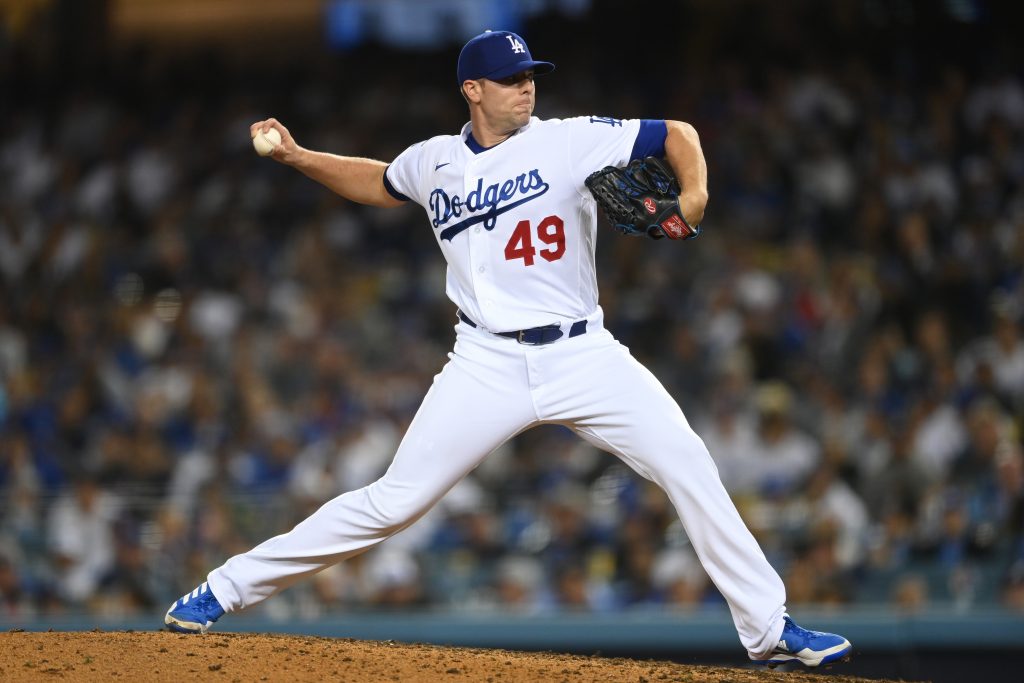 5:32PM: The 2024 option could be worth between $1MM and $7MM based on Treinen’s health and other factors, Ardaya tweet. According to Jack Harris of the Los Angeles Times (Twitter links), the option price will depend on what specific kinds of injuries Treinen may or may not miss time with over the course of the next two seasons.

This uncertain health situation factored into Treinen’s decision to agree to the extension, Harris writes, as Treinen’s return in 2022 isn’t a lock. A source tells Harris that there is a “decent” chance Treinen pitches again this season, while another source tells Ardaya that Trienen has a “very possible” chance.

4:58PM: Treinen will earn $8MM in 2023, as The Athletic’s Fabian Ardaya reports that the extension will guarantee the club option. The deal also gives the Dodgers a conditional option over Treinen for 2024.

4:38PM: The Dodgers announced a contract extension with right-hander Blake Treinen that will officially keep the reliever in the fold for the 2023 season. Treinen was already controlled for 2023 via a club option, which would’ve paid him $8MM if exercised (or $1.5MM if bought out). Treinen is represented by Apex Baseball.

Treinen was first signed by LA following an underwhelming 2019 season with the A’s, but the righty bounced back with an impressive performance for the eventual World Series champions. The Dodgers then re-signed Treinen to a two-year, $17.5MM pact in January 2021, which broke down as $6MM salaries in both 2021 and 2022, the $1.5MM guaranteed by the possible option buyout, and a $4MM signing bonus.

In 2021, Treinen more than lived up to his end of the deal, posting a 1.99 ERA over 72 1/3 innings out of the Los Angeles bullpen. Other than a below-average 8.7% walk rate, Treinen was otherwise stellar across the board in both bottom-line results and Statcast numbers. This season, however, Treinen only pitched in three games before shoulder soreness sent him to the injured list.

Manager Dave Roberts recently said that Treinen wasn’t expected back until around the All-Star break, and the club moved Treinen to the 60-day IL earlier this week. With this injured status in mind, the timing of the extension is perhaps a little curious, though it could also be interpreted as a positive sign about the Dodgers’ confidence in the right-hander’s longer-term health.

Treinen is a little over a month away from his 34th birthday, and he is in his ninth season of MLB action, with stops in Washington and Oakland before his arrival in Los Angeles. The 2018 season saw Treinen finish sixth in AL Cy Young Award voting due to a superb season as the Athletics’ closer, but for much of his career, Treinen has worked in a set-up capacity. With Craig Kimbrel handling the ninth inning for the Dodgers, Treinen is expected to resume his usual set-up role when he does return to action.