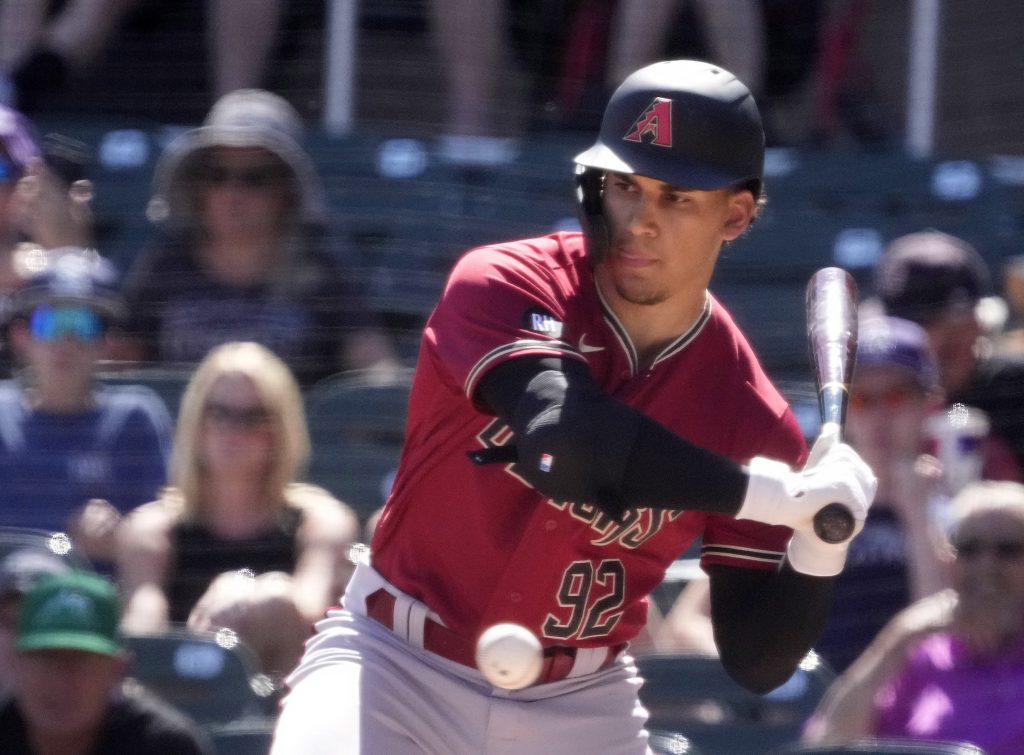 The Diamondbacks are bringing one of baseball’s most highly-ranked prospects, as Jeff Passan of ESPN reports they are promoting outfielder Alex Thomas. The club had an opening on the 40-man roster, meaning no corresponding move will be necessary in that regard. To make room on the active roster, catcher Carson Kelly was placed on the 10-day injured list, retroactive to May 5, with a strained left oblique.

Thomas, who turned 22 years old just over a week ago, is off to a fine start to this year. Although not quite as blistering as his first taste of Triple-A, he’s hitting a solid .277/.362/.495, wRC+ of 117. It’s possible that Thomas is being held back by some bad luck, as he’s lowered his strikeout rate to 13.8% this year, increased his walk rate to 11.2%, but has just a .293 batting average on balls in play, well below his numbers in previous seasons.

He’s played primarily in center field so far this year, making 22 starts there along with a couple in right. Although some evaluators think he may need to move into a corner in the long run, it’s possible the team lets him stick in center field at first to see how he fares. Daulton Varsho has taken most of the starts in center field so far this year. However, he has the unusual distinction of being both a center fielder and a catcher. With Kelly’s placement on the injured list, it seems Varsho might start spending more time behind the dish with Thomas taking over the center field duties. José Herrera is the only other catcher on either the active roster or the 40-man roster. The club hasn’t provided a timeline for Kelly’s return.

After a brutal 52-110 finish last year, the Snakes are off to an encouraging start this year, currently sitting on a 14-14 record. Despite hovering at the .500 level, they’re still in last place in a very competitive NL West, but the better record has to feel good for those in the organization. Thomas is one of many exciting prospects that give the club hope of better results this year and in the years to come. He is one of five D-Backs on the Top 100 prospect lists of both Baseball America and FanGraphs.