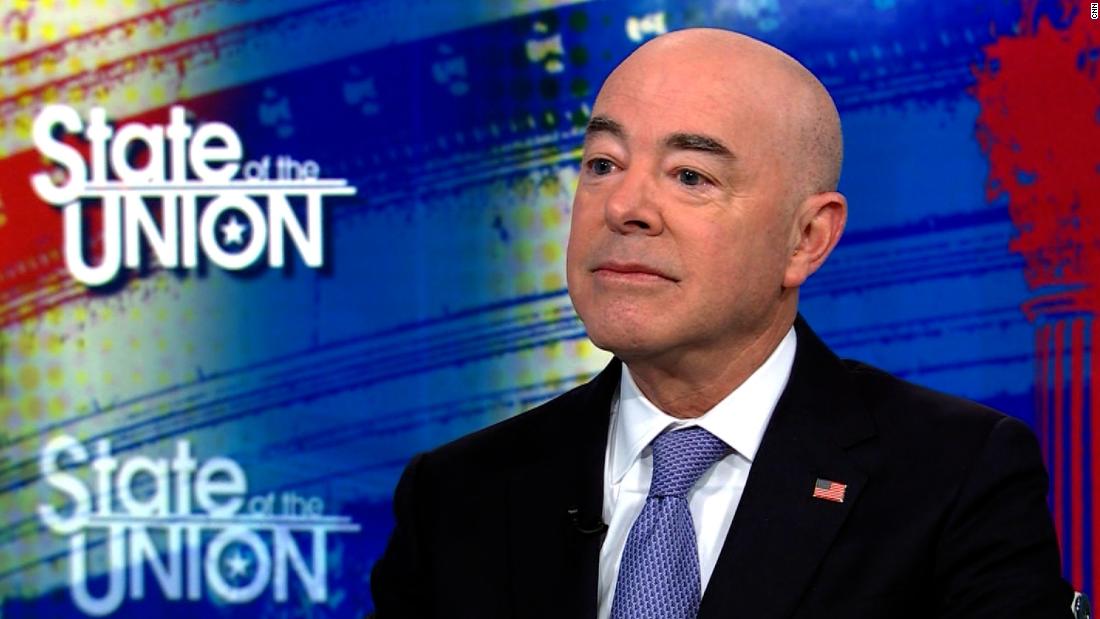 “Because our border is not open,” Mayorkas told CNN’s Dana Bash on “State of the Union.” “What happens now is individuals are either expelled under the Title 42 authority or they are placed in immigration enforcement proceedings. And they are removed if they do not have a valid claim under our law to remain.”

“So, just to be clear, if somebody is watching this from another country, considering coming. Your message is?” Bash asked.

“Do not come,” the secretary replied.

Mayorkas said that if a record-breaking 18,000 migrants are encountered on the US-Mexico border daily — a potential scenario put forth by DHS — it would put a “strain on the system.”
DHS has been preparing for multiple scenarios when a Trump-era pandemic restriction, known as Title 42, lifts on the US-Mexico border. The authority, invoked at the onset of the coronavirus pandemic, allows border officials to turn away migrants at the US-Mexico border because of the public health crisis.

The secretary maintained that the Biden administration is actively preparing for when that authority lifts. “What we do is we prepare, and we plan, and we’ve been doing so for months,” he said Sunday. “It is our responsibility to be prepared for different scenarios and that is what we are doing.”

Asked about Democratic lawmakers who argue the department is not prepared for a migrant surge at the border, Mayorkas said, “I respectfully disagree.” He stressed that preparations were underway and cited a 20-page memorandum released last week describing the plans in detail.

‘We know where they are’

Mayorkas on Sunday also confirmed that 42 individuals who were on the terrorist screening database had been encountered on the US-Mexico border, telling Fox that the administration has a “handle on it.”

Ohio Rep. Jim Jordan, the top Republican on the House Judiciary Committee, grilled Mayorkas last week over the people encountered at the southern border who were on the terrorist watch list, accusing the secretary of not knowing where they were. Mayorkas provided more information during his interview with Fox, saying he didn’t want to “misspeak” in response to Jordan’s question.

“We know where those 42 individuals are on the TSDB, the terrorist screening database,” he said.

“Let me share with you what happens: They can be removed, they can be placed into custody for criminal prosecution, they can be cooperating in a law enforcement investigation, and I don’t intend to provide that data publicly if it’s law enforcement- sensitive. But we know where those 42 are, and I did not want to speak to the disposition of each and every one of them.”

Asked if Americans should be worried, Mayorkas said, “We’ve got a handle on it,” referring to the entire US enforcement and intelligence enterprise, including the FBI.

CORRECTION: A previous version of this story mistranscribed a quote from Homeland Security Secretary Alejandro Mayorkas.

CNN’s Donald Judd and Devan Cole contributed to this report.