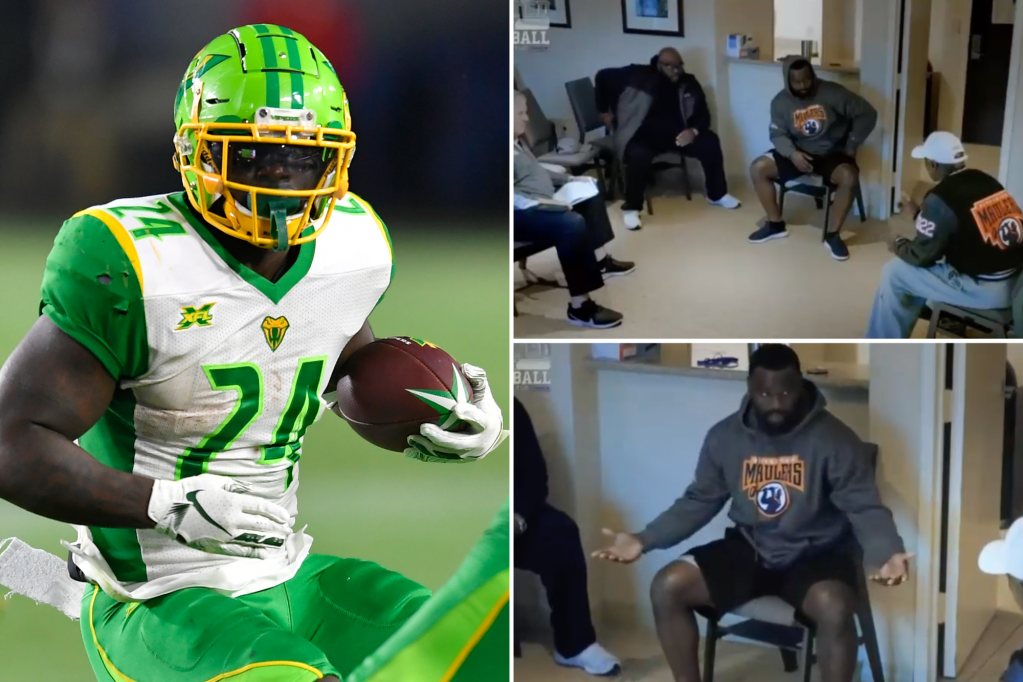 The Pittsburgh Maulers might have just won the award for most bizarre reason for cutting a player.

The revamped USFL’s rollout weekend included the Saturday release of “United By Football: A Season in the USFL,” a documentary series chronicling the lead-up to the league’s return. In a wild clip from the documentary, Maulers running back De’Veon Smith was cut from the team for requesting pizza instead of chicken salad at the team hotel.

The snippet sounds like a spoof, but is reportedly 100-percent real. In the clip, Maulers coach Kirby Wilson sits Smith down and promptly exits after telling him the bad news.

“He crossed the line, so we had to deal with it,” Wilson said in the clip. “Any disrespect of football or members of staff, USFL, etc. will not be tolerated.”

Smith attempted to explain his side of the story in the footage, denying that he said anything “disrespectful.” Smith claimed that when asked if he ate chicken salad, he said no and asked if there was something else he could eat. When a staff member came in with a pizza, Smith claimed he simply asked if he could have a slice.

Wilson attempted to justify his decision to strip Smith of his position at the end of the clip, which only makes the entire situation sound even more absurd.

“Someone’s hurt feelings are a distant second to the greater good of the team. And we’ve moved on and turned that page, and I’m happy we did it,” he said.

On the day that the documentary was released, Smith had few words to describe the incident. “WILD!” Hey tweeted shortly after the documentary’s release.

The new and promised-to-be-improved USFL played its first game on Saturday. The Birmingham Stallions defeated the New Jersey Generals 28-24.