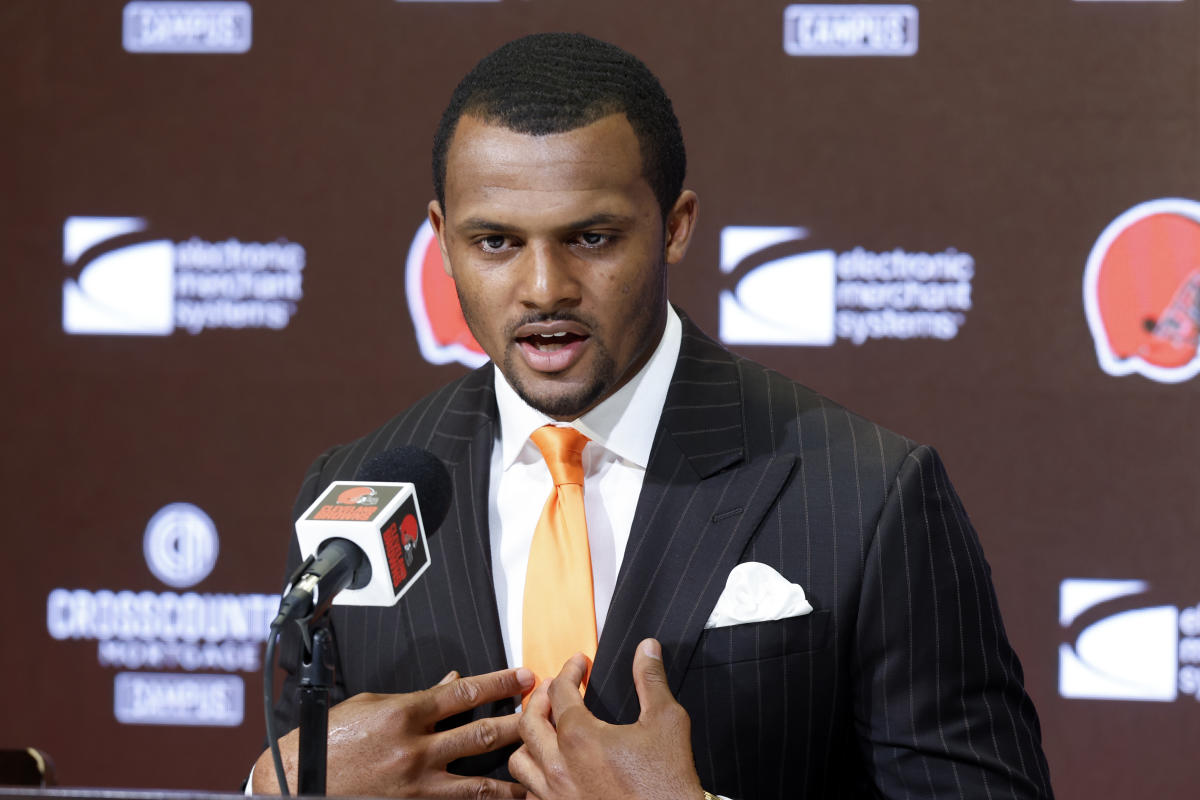 HOUSTON — After three days of questioning as part of what attorney Rusty Hardin called a “very detailed and aggressive investigation,” Deshaun Watson’s meetings with the NFL may not be over.

Hardin told Yahoo Sports that the Cleveland Browns quarterback may have to sit for another day of questions at some point soon as the league’s investigation nears a conclusion. Watson’s meetings with NFL representatives began in Houston on Monday and went through Wednesday, delving into the 22 civil suits pending against him in which women allege a range of sexual misconduct or sexual assault.

The interview unfolded on the precipice of several of Watson’s accusers preparing to go public in a joint interview with HBO’s Real Sports, which is set to air next week. Several women with pending civil suits have also met with the NFL. A league source told Yahoo Sports on Friday that investigators may seek additional interviews with those plaintiffs before making a decision on their findings.

Hardin declined to share details or characterize how the meetings with the NFL concluded, but said Watson was focused on cooperating with investigators and proving that he’s innocent of the allegations made in the suits and did nothing to violate the league’s personal conduct policy during his interactions with his 22 accusers.

“Deshaun has and will continue to fully cooperate with the NFL in what is clearly a very detailed and aggressive investigation,” Hardin said. “He has voluntarily answered every single question over a long and tedious three days, and there may be another day as well in the near future. The investigators were very prepared, have obviously done a great deal of research and work on the case and Deshaun has been incredibly forthcoming and honest with them.

“The NFL investigation continues and the time frame for its conclusion is up to them. We in turn intend to continue to cooperate as we seek to show them and everyone else that Deshaun never acted inappropriate in any way, nor did he in any way violate the NFL code of conduct.”

That declaration comes at a time when the public-facing portion of the civil suits is now widening in several ways. Parts of Watson’s depositions in the civil cases have been leaked to media over the last month, in incidents that breached unspoken attorney etiquette but were not illegal. Thus far the depositions in the civil cases have not been sealed by the presiding judges, making them available to media or the NFL if the opposing attorneys choose to take that step.

Real Sports detailed the upcoming interview in a release on Friday, stating “Several women who have accused Deshaun Watson of sexual misconduct sit down for their first ever national TV interview. In the report, they detail the alleged abuse they suffered and share their reactions to Watson’s record-breaking $230 million contract with the Cleveland Browns.”

That piece is expected to air on Tuesday.